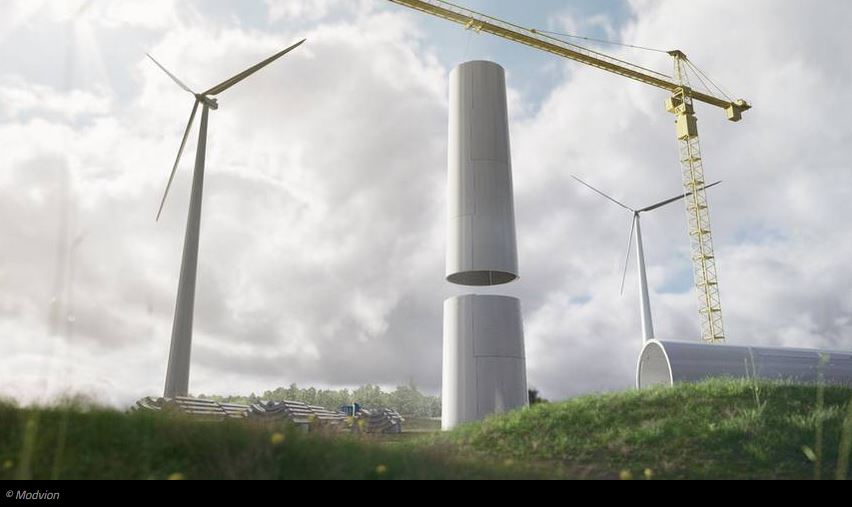 It is COP25 time. Not sure whether to be optimistic or otherwise this time. On the one hand the topic of Climate Change is front and centre in the news, but on the other, that news is ever more alarming. Pull together time…

Mitsubishi Corporation is to take an 80 per cent stake in Dutch energy firm Eneco. Fellow Japanese firm Chubu will take the remaining 20 per cent as part of the €4.1bn deal.
Eneco is owned by 44 municipalities. It owns or has a share in 3.5GW of generation, of which almost half is onshore wind. The remainder is mostly thermal generation, onshore wind, solar and biomass. Eneco also has heat networks, electric vehicle infrastructure and energy services operations. The majority of its generation is in the Netherlands, with 245MW of onshore wind in the UK, along with 12MW of solar.
Eneco also owns a 34 per cent stake in the multi-gigawatt Next Kraftwerke virtual power plant in Germany. (theenergyst)

Crawley-based solar company Naked Energy has secured funding worth £5.25 million from investors.
Its ‘Virtu’ technology generates both heat and power and is said to be much more efficient than conventional solar photovoltaic products.
The company claims it can deliver a peak efficiency of 80%, converting 20% of the sun’s energy to electricity and 60% as heat.
It adds the compact, novel design of VirtuPVT means its solar panels need up to 50% less space than conventional PV panels to generate the same financial savings and up to 300% less to deliver the same carbon savings.
Environmental fund manager Earthworm Group led the round, with co-investment from Taqa Holdings and additional investment from Ethical Fin, Fonte Capital, Green Angel Syndicate and Syndicate Room. (energylivenews)

Centrica teams up with NCP to trial ‘charge parks’ for EVs

Centrica has joined forces with car parking provider NCP to trial “charge parks” for professional drivers of electric vehicles (EVs).
The first pilot charge park is expected in the New Year, with the companies examining how to combine leisure services and technology to make charging more convenient.
Centrica and NCP, which manages more than 500 sites with 150,000 parking spaces, aim to create potential ways of charging commercial fleets and taxis in public spaces. (energylivenews)

Ethical investors, including the Church of England, plan to extend their campaign for miners and other big businesses to stop funding industry associations that block progress on U.N. goals to curb climate change.
Shareholders of BHP, the world’s biggest listed miner, voted at meetings in October and November against a resolution to suspend the global miner’s membership in some industry groups, saying it was effectively paying the pro-coal lobby.
Adam Matthews, director of ethics and engagement at the Church of England, told the Mines and Money conference in London on Tuesday he and other investors, representing large pension funds, would extend their campaign.
He said investors planned to draw up more resolutions and would focus on the chemical and transport industries, as well as the natural resources sector, in cases where companies that accept U.N. goals on climate change are “misaligned” with industry bodies to which they subscribe.
Fiona Reynolds, CEO of the Principles for Responsible Investment, which is campaigning alongside the Church of England, said in an emailed statement that negative corporate lobbying was a major reason for the slow progress towards action to limit temperature rises. (reuters)

Solar farms can keep UK’s lights on even at night

Solar farms could soon play a vital role in the energy system 24 hours a day, after a breakthrough trial proved they can even help balance the grid at night. National Grid used a solar farm in East Sussex to help smooth overnight voltage fluctuations for the first time earlier this month, proving solar farms don’t need sunshine to help keep the lights on.
Lightsource BP, the owner of the solar farm, said an inexpensive tweak to the project’s electrical equipment meant it could help balance the grid with only two seconds’ notice. Kareen Boutonnat, the company’s chief operating officer, said: “We have proven that solar plants can play a larger role across the electricity network. But this is only the beginning.”
The breakthrough could mean that UK solar farms will soon help stabilise the energy grid at night, which could save £400m on grid upgrades or building new power plants. “Inverters” at the solar farm are usually used in the process of converting solar energy to electric current. But at night, when the grid is often less stable, the same equipment can adapt grid electricity to a healthier voltage. (guardian)

The 2021 Ford Mustang Mach-E was formally unveiled Sunday night after several teasers, corporate promises, position statements, and at least one premature release of information.
It will offer two battery capacities, rear- or all-wheel drive, and a top EPA-rated range projected at 300 miles or more for at least one version. Most important of all, it wears the Mustang pony—and Ford asserts its style, performance, and élan make it every bit a Mustang, albeit the first one to have an all-electric powertrain, four doors, all-wheel drive, and an SUV body style. (greencarreports)

Audi’s E-Tron SUV is getting a companion EV. The E-Tron Sportsback is essentially the same vehicle just in a more stylish package.
While the innards of the vehicle are the same, the more aerodynamic shape of the Sportback will give slight edge over its sibling in range. The company is targetting an EPA range of 220 miles. The regular E-Tron gets about 204 miles of range.
While the car hardly pushes the boundaries of EV tech, it will offer innovative “Matrix LED headlights” which spread a carpet of light onto the road. (engaget)

Modvion is a Swedish company that makes Wind turbine towers out of wood. And why not? The Laminated Veneer Lumbar (LVL) is lighter stronger and easier to transport than steel as it can be transported in sections and assembled at sight. It also has a fraction of the carbon footprint. It is still at pilot stage but if it can also cut manufacturing costs by 40% as claimed we may be hearing a lot more of Modvion. (treehugger)

When city officials decided they had to act to reduce unacceptably high levels of noise and air pollution, they reached an inescapable conclusion: Get rid of the cars.
One of the key proposals, first put forward in the 1980s, is now becoming a reality: the so-called superblocks.
Much of Barcelona is built on a grid system. What the superblock scheme does is group together nine city blocks and close them to through-traffic with plant pots and benches, introduce cycle lanes, play areas and green spaces and replace many of the parking spaces with seating areas. While cars aren’t banned, the superblocks are car-unfriendly.
There are six so far, with as many as 11 more planned over the next few years — and more than 500 if the plan is carried out in its entirety. (huffpost)

Focus on: UN “Planet in Peril”

‘Bleak’ U.N. Report on a Planet in Peril Looms Over New Climate Talks

With world leaders gathering in Madrid next week for their annual bargaining session over how to avert a climate catastrophe, the latest assessment issued by the United Nations said Tuesday that greenhouse gas emissions are still rising dangerously.
“The summary findings are bleak,” said the annual assessment, which is produced by the United Nations Environment Program and is formally known as the Emissions Gap Report. Countries have failed to halt the rise of greenhouse gas emissions despite repeated warnings from scientists, with China and the United States, the two biggest polluters, further increasing their emissions last year.
The result, the authors added, is that “deeper and faster cuts are now required.”
As if to underscore the gap between reality and diplomacy, the international climate negotiations, scheduled to begin next week, are not even designed to ramp up pledges by world leaders to cut their countries’ emissions. That deadline is still a year away.
Rather, this year’s meetings are intended to hammer out the last remaining rules on how to implement the 2015 Paris climate accord, in which every country pledged to rein in greenhouse gases, with each setting its own targets and timetables. (nytimes)

Why The Latest Shale Bust Is Different

In 2019 through third quarter, 32 oil and gas drillers have filed for bankruptcy, according to Haynes and Boone.
Since the end of September, a gaggle of other oil and gas drillers have filed for bankruptcy, including last Monday, natural gas producer Approach Resources. This pushed the total number of bankruptcy filings of oil and gas drillers since the beginning of 2015 to over 200. Other drillers, such as Chesapeake Energy, are jostling for position at the filing counter.
Chesapeake has been burning cash ever since it started fracking. To feed its cash-burn machine, it has borrowed large amounts and has been buckling under its debt for years, selling assets to raise cash and keep drilling for another day. But its debt is still nearly $10 billion. Its shares closed on Friday at 59 cents.
On November 5, in an SEC filing, it warned of its own demise unless oil and gas prices surge into the sky asap. (oilprice.com)

Swiss finance giant credit Suisse has partnered with The World Bank to issue a $28.6m (£22.2m) bond aimed at financing the protection and restoration of fresh and saltwater resources and habitats.
All bonds issued by the World Bank are designed to support projects that deliver progress against one or more of the UN’s Sustainable Development Goals (SDGs).
The new bond, which has a five-year maturity period, purports to touch on the majority of the 17 SDGs. Projects due to benefit from its financing include those working to establish coastal and marine protected areas; those which improve waste management in ways which reduce pollution in waterways and oceans; those which promote sustainable fisheries and aquaculture; and those working to implement strong environmental governance in coastal nations and regions. (edie)

What would happen if you converted all the single-family homes in Texas from natural gas to electric heating?
According to a paper from Pecan Street, an Austin-based energy research organization, the transition would reduce climate-warming pollution, save Texas households up to $452 annually on their utility bills, and flip the state from a summer-peaking to a winter-peaking system. And that winter peak would be “nothing the grid couldn’t evolve to handle,” according to co-author Joshua Rhodes.
The report stems from the reality that buildings must be part of any comprehensive climate action plan. (greentechmedia)
Download the white paper HERE

Defense and aerospace giant Lockheed Martin wants to be the first disruptive company of the flow battery era, with the expectation that its first devices will go into series production before the end of this year.
Energy-Storage.news met earlier this year with company VP for business development Dan Norton, who said that Lockheed Martin’s own coordination chemistry flow battery (CCFB) had neared the end of its development and test programme, which had gone “swimmingly and as planned”. The product has been some time in development, originally teased as expected to hit the market before the end of 2018, although this target was always understood to be flexible. (energystoragenews)