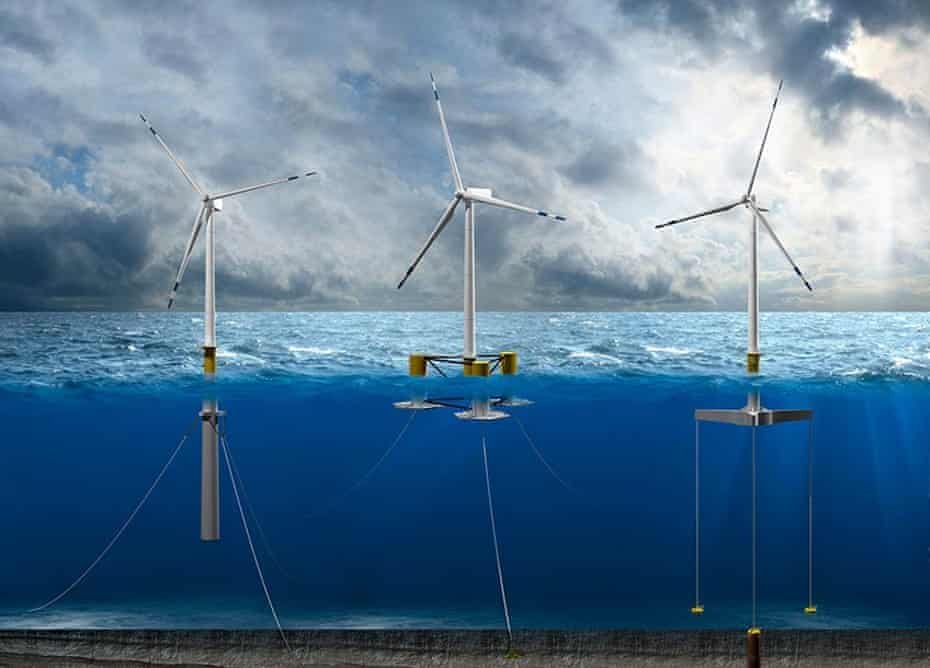 This, smaller than usual Titbits is beamed to you from the Fully Charged OUTSIDE show at Farnborough International Conference Centre. I would strongly recommend a trip to it over the weekend. It is full of EV’s and gave me the first sighting of the Tesla Model Y (big, definitely a SUV), The Hyundai Ioniq 5 (looks great, but definitely not a SUV), the Skoda, VW ID.4 and Audi Q4 etron (all basically the same SUV) and Nissan Ariya (will be a popular SUV if priced right) and Citroen Ami (I would but many wouldn’t).

Octopus Energy and Severn Trent announce renewable energy development partnership
Octopus Energy Group has today announced a major new partnership with Severn Trent, the UK’s second largest water company, that will aim to develop a series of renewable energy projects across the Midlands.
The new partnership will explore the potential for generating clean energy at Severn Trent sites and other locations, such as unused land in the region, in a bid to help the utility reach its net zero emissions targets. (businessgreen)

Floating wind turbines could open up vast ocean tracts for renewable power
In the stormy waters of the North Sea, 15 miles off the coast of Aberdeenshire, in Scotland, five floating offshore wind turbines stretch 574 feet above the water. The world’s first floating windfarm, a 30 megawatt facility run by the Norwegian company Equinor, has only been in operation since 2017 but has already broken UK records for energy output.
The ability to install turbines in deeper waters, where winds tend to be stronger and more consistent, opens up huge amounts of the ocean to generate renewable wind power: close to 80% of potential offshore wind power is found in deeper waters.
Big hurdles certainly remain. Cost is a significant one. Floating offshore wind generation costs are about double those of fixed offshore wind, although these are expected to fall as technology advances and supply chains improve. Estimates by the research body the National Renewable Energy Laboratory (NREL) suggest floating turbine projects could achieve cost parity with their fixed-bottom counterparts around 2030.
One wrinkle is the number of designs to anchor the floating turbines, which some experts believe will make it harder to drive down costs. (guardian)

Plans filed for green hydrogen production hub near Manchester
The plans have been drawn up by Trafford Green Hydrogen subsidiary Carlton Power and were submitted to Trafford Council earlier this week.
They outline how a green hydrogen production facility could be created on land owned by the business at its existing power station site. The facility would include an electrolyser powered by renewable electricity, gas compressors, hydrogen storage facilities and tanker loading facilities.
Carlton Power has submitted a full planning application for a production facility with a 10MW capacity, which would produce around four tonnes of hydrogen daily. This facility could enter commercial operation in 2023 if planning permission is granted within the expected timeframe and construction begins in early 2022. (edie)

Current rating system for green energy tariffs is ‘outdated’
A think-tank is calling on Ofgem to use ‘Olympic medal-style’ ratings for energy deals based on how green they are.
The Social Market Foundation (SMF) claims new rules on ‘green’ products must be put in place to stop greenwashing and that an official gold, silver or bronze rating would help determine their genuine environmental impact.
It has stated new rules would stop consumers being misled or confused about the impact their energy use has on the environment and has labelled the current system for describing green energy tariffs ‘outdated’. (energylivenews)

Nio announces new mass-market electric car brand
Chinese electric car manufacturer Nio will soon launch a new ‘mass-market’ sub-brand that will arrive as a more affordable alternative to Nio’s premium market cars.
In a recent statement, the company’s CEO, William Li, said: “The relationship between Nio and our new mass-market brand will be like that of Audi-Volkswagen and Lexus-Toyota.”
Li also expressed an ambition for his new sub-brand to undercut and outperform Tesla, saying: “We want to provide better product and service at prices lower than Tesla.”
Nio has only just started its advance on the European market, with the recent launch of the ES8 SUV and ET7 saloon in Norway. The brand hasn’t yet made a move on the UK, but the firm has hinted that it’s a possibility if there’s enough interest. However, Nio has not revealed or hinted at any plans to bring its upcoming sub-brand over to Europe as well. (autoexpress)

Amazon to help Brazilian farmers restore 20,000 hectares of rainforest
Amazon is to pay Brazilian farmers in the Amazon region to restore around 20,000 hectares of rainforest over the next three years, as part of a new nature-based climate solutions initiative it estimates could remove up to 10 million tonnes metric tonnes of CO2 from the atmosphere by 2050.
Launched in partnership with US non-profit The Nature Conservancy and the World Agroforestry Centre, the initiative aims to support around 3,000 smallholding farmers in the Brazilian Amazonian state of Pará to help restore degraded cattle pastures back into native forest.
Amazon said the Agroforestry and Restoration Accelerator would provide farmers with a sustainable source of income through the sale of cocoa and other crops, as well as experimenting with new approaches – such as through digital and satellite technologies – to support climate-friendly farming, monitor carbon removal, and expand markets for sustainable forest-based commodities. (businessgreen)

Energy storage with recycled batteries from Brazil
Brazil-based Energy Source is betting on two new business models to boost its revenue in 2021: storage services with reused batteries and the recycling of batteries that have already completed their second life cycles, including the recovery of metals such as cobalt.
The company expects to conclude a financing round by October that will support its “battery-as-a-service” (BaaS) model. The expectation is to raise BRL 12 million ($2.3 million) from existing partners and investors. (pv-magazine)

Using Hot Sand To Store Energy
Researchers at the National Renewable Energy Laboratory (NREL) are in the late stages of prototype testing a game-changing new thermal energy storage technology that uses inexpensive silica sand as a storage medium. Economic Long-Duration Electricity Storage by Using Low-Cost Thermal Energy Storage and High-Efficiency Power Cycle (ENDURING) is a reliable, cost-effective, and scalable solution that can be sited anywhere.
ENDURING uses electricity from surplus solar or wind to heat a thermal storage material — silica sand. Particles are fed through an array of electric resistive heating elements to heat them to 1,200°C (imagine pouring sand through a giant toaster). The heated particles are then gravity-fed into insulated concrete silos for thermal energy storage. The baseline system is designed for economical storage of up to a staggering 26,000 MWh of thermal energy. With modular design, storage capacity can be scaled up or down with relative ease.
Particle thermal energy storage is a less energy dense form of storage, but is very inexpensive ($2‒$4 per kWh of thermal energy at a 900°C charge-to-discharge temperature difference). The energy storage system is safe because inert silica sand is used as storage media, making it an ideal candidate for massive, long-duration energy storage. (cleantechnica)