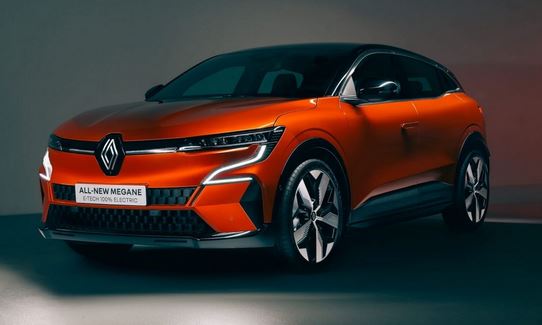 I have been an extreme optimist on electric cars but never imagined that by September 2021 we would see an EV as best seller in the UK. It is testament to the disruptive business that Mr Musk has built that even as the big players enter the market, Tesla continues to lead and push the boundaries.

The Model Y launches from the German factory next month and that is likely to drive their share in Europe substantially higher.

BMW invests in lithium technology start-up Lilac Solutions
The BMW Group is investing in lithium technology start-up Lilac Solutions to support more efficient and environmentally-friendly ways to produce the raw material for electric vehicles (EVs).
Lilac Solutions has developed and patented an ion exchange technology that is expected to significantly improve efficiency, costs and sustainability by extracting lithium from brine resources, which are natural deposits of salt water.
The company seeks to significantly reduce environmental impact compared to conventional methods while protecting local communities and ecosystems.
The technology has already been proven in initial field pilots and will now demonstrate it can be scaled and industrialised.
The car manufacturer is investing in Lilac Solutions through its venture capital fund, BMW i Ventures. (futurenetzero)

Scotland sets out investments to deliver net-zero built environment
With still no sign of the UK’s Heat and Buildings Strategy, the Scottish Government has unveiled its intention to cut emissions from the built environment by 68% by 2030 through a £1.8bn investment plan to transform the nation’s building stock to net-zero by 2045.
The Scottish Government has published its domestic Heat and Buildings Strategy, featuring overarching commitments to eradicating fuel poverty and setting up a Green Heat Finance Taskforce to finance that transition to zero-emissions heat networks for buildings.
The plan aims to reduce emissions from the nation’s built environment by at least 68% by 2030, which would set the nation up to reach its domestic net-zero target of 2045, which is five years ahead of the wider UK target. This would see a ban on oil and gas boilers introduced by 2030 and in some areas, five years sooner.
However, the Scottish Government believes it cannot fully outline steps to decarbonising its building stock until the UK Government publishes the wider Heat and Buildings Strategy. This policy package initially consisted of two separate Strategies, both originally slated for publication in autumn 2020. (edie)
Download the report HERE

Scotland’s first underwater substation for floating wind
The multi-million pound innovation would be developed, manufactured and supplied in Scotland as part of the Aker Offshore Wind and Ocean Wind’s joint bid in the ScotWind leasing round.
Aker and Ocean Winds have already announced their effort to secure seabed space for several projects in the Outer Moray Firth for a total six giga-watts (GW) of capacity.
Substations are typically installed above sea level, however the pair said there are several benefits to underwater installation, such as natural cooling, fewer components and no rotating parts.
There would also be reduced operational costs with less maintenance and reduced material use.
Both firms argue the innovation would represent a major export opportunity for Scottish business, with work starting next year. (energyvoice)

Net Zero roadmap for 5000 UK buses
UK Power Networks Services has completed a study for the passenger transport company Go-Ahead Group to transition its fleet of 5,000 buses to zero-emissions technology.
Go-Ahead Group, a transport provider of bus and rail services, is looking to transition its fleet of 5000 buses to zero-emissions technology by 2035 and plans to electrify the majority of its fleet.
UK Power Networks Services conducted an electric vehicle (EV) charging capacity study and proposed strategies to support Go-Ahead’s fleet transition goals. The study aimed to provide visibility on the electrical network capacity, infrastructure requirements and estimated infrastructure costs for 35 garages as identified by Go-Ahead. (theenergyst)

New school retrofit model will revolutionise the path to net zero
EQUANS, the new name for ENGIE’s services led activities, has today launched a school retrofit model that promises to support the Government’s 2050 net zero carbon ambitions through a two-pronged approach: decarbonsing the buildings; and encouraging the teachers and children who use them to get involved in the net zero agenda.
There are 32,000 schools across the UK and just a small number can boast net zero carbon credentials. EQUANS believes that schools sit at the very heart of communities, presenting a valuable opportunity to influence positive behaviours and strengthen support for the net zero transition.
School Zero is an innovative, holistic and flexible model, in which EQUANS collects and analyses energy and carbon data, surveys buildings, benchmarks current emissions and then plans impactful decarbonisation measures to achieve net zero carbon in operation. This can be achieved quickly through a comprehensive range of measures, such as improving heating system controls, swapping gas boilers, installing thermal efficient windows and doors, providing EV charge points, installing smart building sensors and also enhancing school grounds with tree planting. (futurenetzero)

UK EV sales sparkle. Tesla Model 3 the star
September was an awful month for UK car sales, but the one bright point was battery-electric cars, which noted a record month (32,721 units and 15.2% market share), which allowed for setting a new all-time record also for all plug-ins – 46,605 (up 36% year-over-year).
The Tesla Model 3 led the charge, registering 6,879 sales which made it the best selling car in the UK for the month. (insideevs)

Renault MeganE E-Tech impresses
Still catching up on cars unveiled at the Munich Show. Renault devoted most of their efforts to the launch of the new electric Megane. This is a crucial car for Renault as they are in danger of letting slip their early lead in EV’s won by the Zoe and Nissan Leaf.
The MeganE E-Tech as it is weirdly named, adopts the approach of creating a taller hatchback  rather than a full SUV look. Critics suggested that the car looked great both inside and out. Despite slightly smaller batteries than the VW ID.3 what they offer looks competitive. (insideevs) 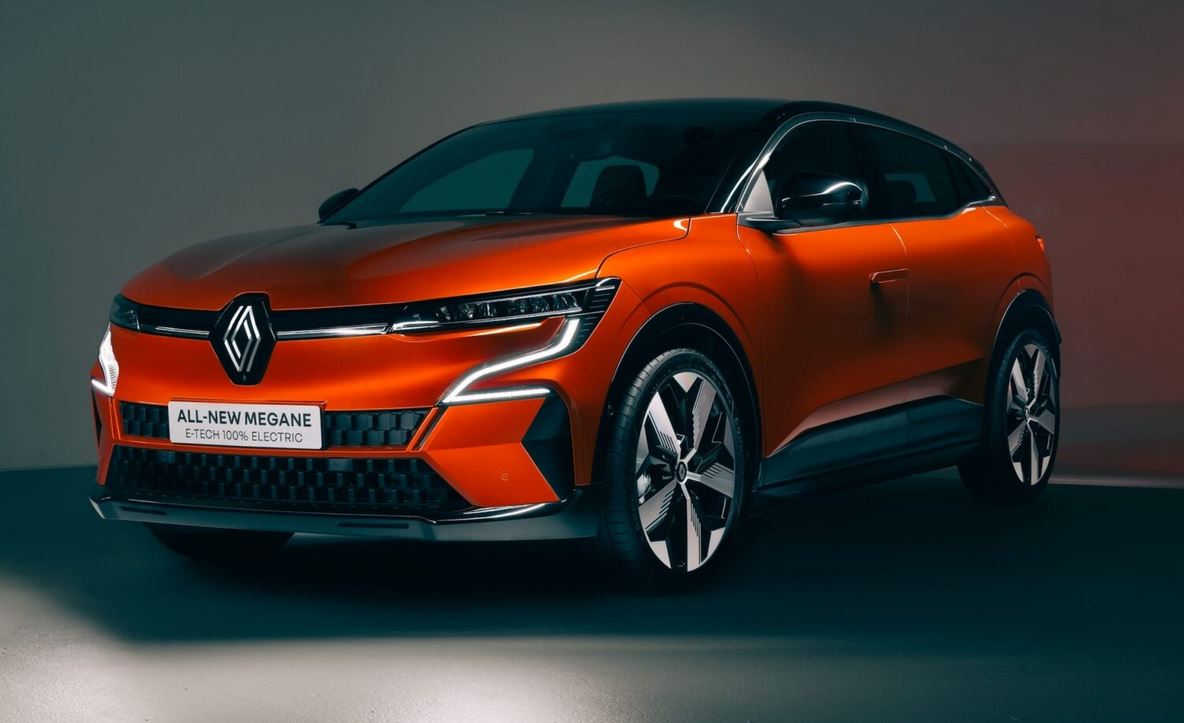 Haliade-X prototype starts operating in Rotterdam
The Haliade-X 14 MW is an uprated version of the Haliade-X 13 MW, which received its type certification in January 2021. The GE Renewable Energy team has now officially started certification measurements on the Haliade-X 14 MW. One turbine can generate up to 74 GWh of gross annual energy production, saving up to 52,000 metric tons of C02, which is the equivalent of the emissions generated by 11,000 vehicles in one year.
The ability to produce more power from a single turbine means fewer turbines need to be installed at each wind farm. In addition to less capital expenditure, this also simplifies operations and maintenance, improving the affordability and accessibility of renewable energy for customers and consumers around the world.
(renewableenergymagazine)

DFDS strikes deal with Volvo for 100 electric trucks
Volvo Trucks has announced its largest-ever order for electric trucks, as shipping and logistics company DFDS aims to go green.
First deliveries of the 100 Volvo FM Electric trucks to DFDS, which will replace its conventional trucks, will start in the fourth quarter of 2022 and continue throughout 2023.
The electric trucks can travel up to 300km when fully charged and will be used for both short and long transport in the DFDS logistics system in Europe.
The new green fleet will support DFDS’ ambition to reduce carbon emissions by 45% by 2030. (futurenetzero) 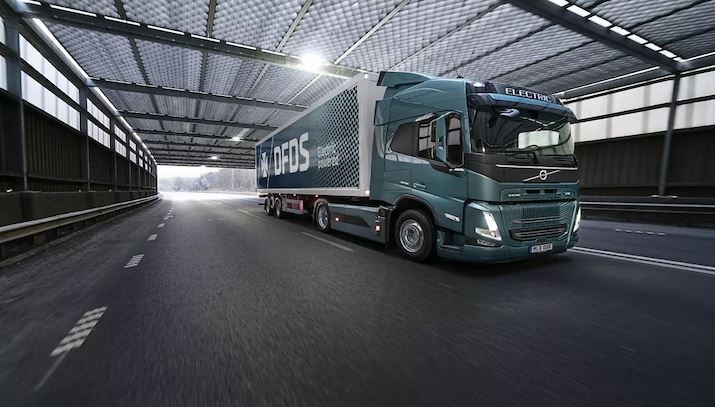 Agrivoltaics to protect crops from heavy rainfall
German renewable energy company Baywa r.e. and the Fraunhofer Institute for Solar Energy Systems ISE have completed construction on a 258 kW agrivoltaic project located in Gelsdorf, in the state of Rhineland-Palatinate, Germany, in the frame of a five-year research project financed by the regional Ministry of Climate Protection, Environment, Energy and Mobility.
The Bio-Obsthof Nachtwey project occupies a surface of 9,100 square meters and covers a third of a plot of agricultural land devoted to crop cultivation for eight different apple varieties. Experts from the two entities explained that apples are currently being grown on the entire plot under four different crop protection systems: a foil roofing that blocks rain; hail protection nets that do not block rain; an agrivoltaic technology with permanent, light-permeable PV modules that blocks rain; and a tracking PV module tech that blocks rain only if necessary.
The electricity generated by the PV system is used for both upstream and downstream applications related to the production of apples, such as an electric tractor or an irrigation system, among others. (pvmagazine) 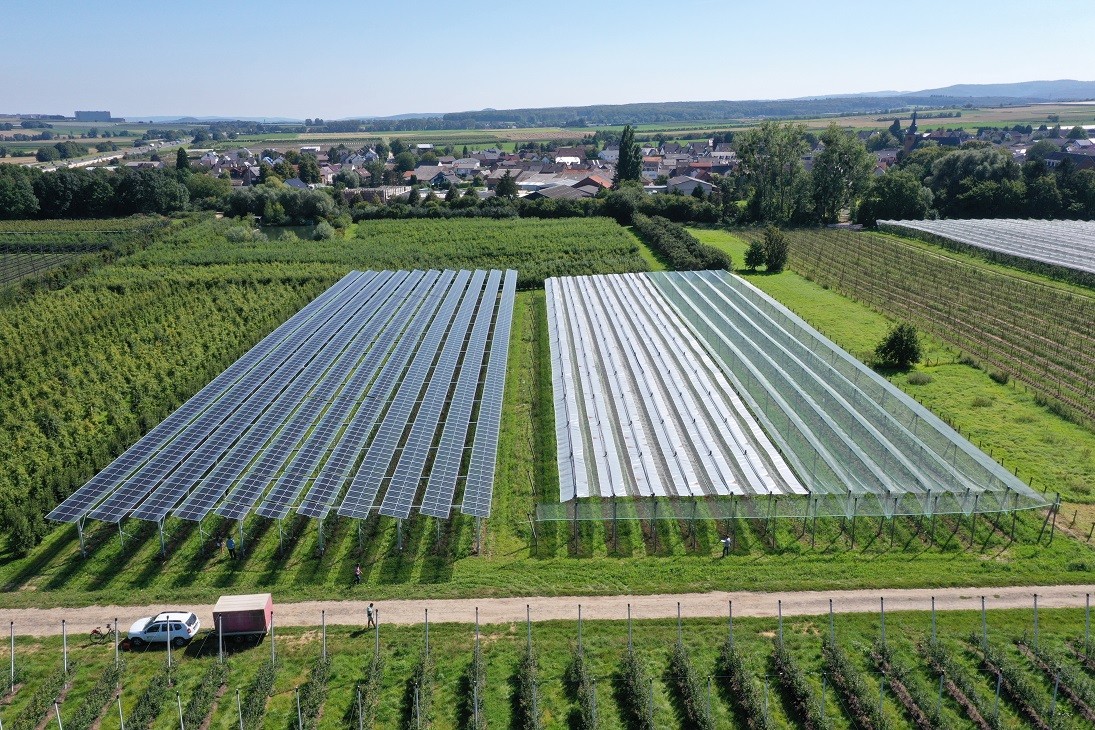 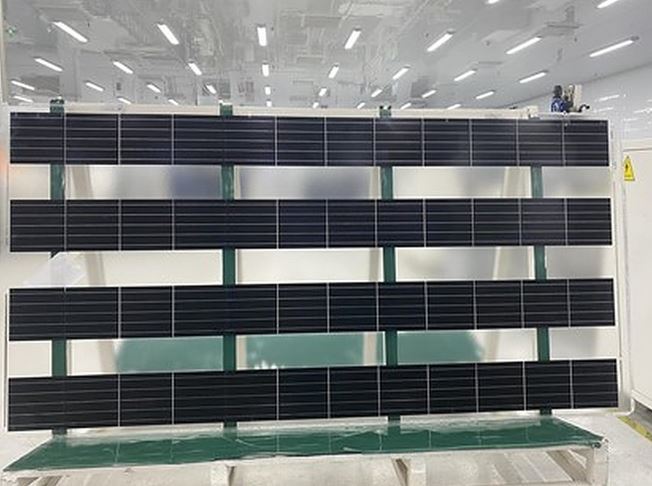 White House Moves To Scrap Trump’s Rewrite Of Environmental Law
President Joe Biden’s White House moved Wednesday to reverse the Trump administration’s shortsighted, industry-friendly overhaul of the National Environmental Policy Act, one of America’s bedrock environmental laws.
NEPA is a 50-year-old law that protects air, water and land by requiring federal agencies to conduct detailed environmental assessments of major infrastructure projects. In 2020, the Trump administration changed how the federal government implements the law in order to fast-track energy projects and other development, limiting public input on such projects and allowing federal agencies to ignore climate change when reviewing them.
The White House Council on Environmental Quality on Wednesday announced  steps to restore provisions that had been in place for decades prior to the Trump-era overhaul, including requiring agencies to consider all environmental impacts of a proposed project and providing the flexibility to work with communities to consider alternatives that would minimize harm. (huffingtonpost)

How Asia dominates the EV battery market
This visual by Bruno Venditti of Visual Capitalist Elements demonstrates neatly quite the extent of Asian domination of the EV battery market. 3 companies are responsible for 70% of battery sales: CATL(Chinese), LG (South Korean) and Panasonic (Japanese). I think this demonstrates quite how hard it is going to be for the USA and Europe to break into this market, as is their stated aim.  (elementsvisualcapitalist)

Experimental reactor could hand China the holy grail of nuclear energy
China is due to fire up an experimental nuclear reactor this month that could revolutionise the atomic energy industry.
The reactor is fuelled by thorium, a weakly radioactive element, instead of uranium. If successful it could deliver safer and cheaper nuclear energy, helping the country to reduce its carbon footprint. It will use molten salt rather than water as the coolant and its by-products are less suitable for weaponisation.
The trial reactor will be small — three metres tall and 2.5 metres wide — and will only have a capacity of two megawatts (MW), enough to power up to 1,000 typical homes. However, it forms part of a longer-term plan to develop a series of small molten salt reactors, each with a capacity of 100MW. (thetimes)