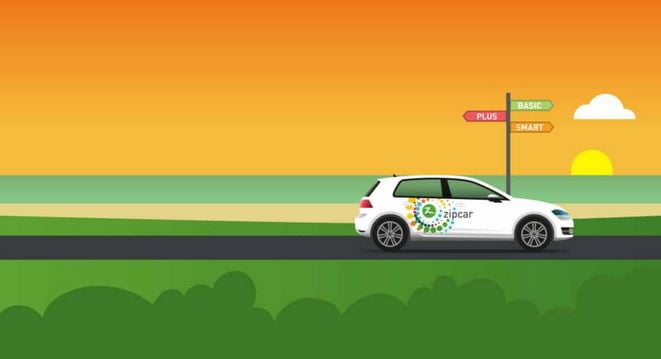 This week I focus on those august documents that are Energy Outlook reports. Two of the best known are the IEA report and the BP report. Most leading environmental experts find it hard to control their exasperation at way that these so consistently underestimate the impact of renewables. It is hard to ignore the suspicion that they are influenced by the PR people for oil interests, especially in BP’s case.

This week it is interesting to see that McKinsey have produced a report at the same time as BP. As we show below, the graph created by those without a vested interest looks very different.

Reporting its financial results for the previous year today, the French energy major reported EBITDA for 2018 stood at €15.265 billion, up more than 11% year-on-year.
This was attributed partly to its surging renewables divisions. Output from generators under the EDF Renewables banner surged 15% year-on-year to 15.2TWh, driving the unit’s revenue up 8.4% to €1.5 billion.
And the firm has more renewables development lined up. EDF Renewables’ pipeline currently stands at 2.4GW, made up of 1.2GW each of wind and solar PV.
Its UK-facing business however could not report similar growth. Earnings from the UK slipped more than 15% year-on-year to €783 million as lower localised nuclear prices hit home, while the country’s competitive supplier market was also troublesome for the firm. (current-news)

Car-sharing firm Zipcar has revealed that more than 250,000 UK residents are now signed up to use its service, with one-third of members having joined up since last January.
The firm’s annual results state that the company now owns more than 2,600 electric vehicles (EVs) in the UK, which are being shared among a community of 250,000+ Zipcar members.
This growth has largely been driven by the expansion of Zipcar’s ‘Flex’ service – a pay-per-minute scheme which allows drivers to “drive and drop” EVs for one-way trips within London. The popularity of the service has surged particularly in outer-London boroughs, with the number of trips being made in Lewisham and Wandsworth having undergone 44% and 38% year-on-year growths respectively. (edie)

The European Commission (EC) has opened an in-depth investigation into the UK’s Capacity Market (CM) scheme.
Under the initiative, generators are offered financial incentives for ensuring power plants are kept on standby and are ready to provide back-up electricity when demand is at its peak, especially during the winter months.
The launch of the investigation follows the EU Court’s landmark ruling which led to the suspension of the scheme last November.
It was in response to a legal challenge brought forward by clean technology company Tempus Energy, which argued the CM gives an unfair advantage to fossil fuel power generation plants over demand side response (DSR) technologies that are “cheaper and more reliable”. (energylivenews)

The Department for the Environment, Food and Rural Affairs (Defra) this week named the waste management projects it will be investing in as part of the £20m GovTech Catalyst scheme, which aims to help technology firms develop and scale solutions to the nation’s biggest environmental challenges.
Under the scheme, SMEs were challenged to develop digital technologies that could improve waste tracking practices and tackle waste crime, in order to receive a share of a £400,000 funding pot.
Among the winners is sustainability services provider Anthesis, which is assessing the feasibility of using blockchain applications from the finance sector to track waste after it is sent for processing. The technology acts as a digital ledger, time-stamping any movements of money – or waste.
Resource efficiency specialist International Synergies Limited has also been chosen to receive funding, after developing a digital platform which combines artificial intelligence (AI), big data and machine learning to simplify and unify existing data entry processes in the waste management sector.
Called The System for Waste Enhancement, Evaluation and Tracking (SWEET), the platform tracks waste movements in real-time and vets all waste collectors and receivers against registered lists. (edie)

Supermarket Waitrose & Partners is set to install innovative technology inspired by Formula One race cars across its stores, in a move it claims will reduce the energy consumption of its refrigerators by up to 25%.
The retailer will install new fridge shelf-edge strips across its 353 UK stores by the end of 2019, in a bid to slash refrigeration-based energy consumption.
The technology, developed by Wirth Research, is based on devices used by Williams Advanced Engineering in Formula One racing cars. These use the principles of aerodynamics to guide cold air across an application more efficiently.
Called the Ecoblade, each system consists of two recyclable polycarbonate blades, which slot onto the front of fridge shelves and minimise the amount of cold air which ‘leaks’ out into shop aisles. (edie)

Suez has been selected as the provider for two elements of the contract, involving waste and resource management services and management of household waste recycling centres (HWRCs) on behalf of the Greater Manchester Combined Authority.
The contract is one of the largest of its kind in the country, involving the handling of waste on behalf of the roughly 1.2 million households across the region.
Waste management services were previously provided by Viridor Laing under a PFI contract with the Greater Manchester Waste Disposal Authority (GMWDA). This contract was terminated in 2017 and since then, GMWDA has been abolished and the powers for waste disposal transferred to the Greater Manchester Combined Authority (GMCA)
GMCA decided to break the services contract up into three lots based on waste stream and facilities. Instead, the new arrangement was chosen to “maximise competition” and attract specialist service providers. (letsrecycle)

Citroen to make a small impression at Geneva

This is the Citroen AMI ONE, probably the slowest concept car to be revealed by a major manufacturer at the Geneva Motor Show, and certainly one of the smallest.
It’s a pure-electric two-seater that can, in theory, be driven by young people aged 16 and above. That’s because it fits into quadricycle regulations
The AMI ONE – so called because it references classic Citroens of old, incorporates the word ‘friend’ and suggests it will be the smallest model the firm will ever make – is, in effect, a design concept created on the brief of a modern-day 2CV. (autoexpress)

Germany’s solar market witnessed its strongest growth in half a decade during 2018, adding almost 3 gigawatts of capacity, according to industry figures.
The German solar association Bundesverband Solarwirtschaft (BSW) said the 2018 figures represented a 68 percent increase on those for the previous year. The capacity additions mean there are now 46 gigawatts of solar power installed across the country.
This makes Germany the fourth-largest PV market in the world, with 46 gigawatts of solar capacity. That puts Germany behind China, which has 174 gigawatts of solar capacity, the U.S., which has 63 gigawatts, and Japan, which has 60 gigawatts
Germany’s Renewable Energy Sources Act, or Erneuerbare Energie Gesetz, allows for up to 52 gigawatts of distributed generation capacity. Beyond this level, which Wood Mackenzie Power & Renewables expects will be breached in 2022, the outlook for distributed solar is unclear. (gtm)

A novel combination of high-grade spacecraft solar cell material and advanced light-concentrating lenses has yielded solar panels with a record 29% efficiency that may become available for general rooftop use by 2022. The crux in the commercialization of the planar optical micro-tracking technology will be cost-controlling manufacturing process, which is the current stage of study for Insolight, the cell developer.
The Insolight cells first set a record in lab tests two years ago, when it achieved a yield of 36%. The system has since been standardized for mass production with the 29% yield – far ahead of competitors’ 17% to 19% yield for standard silicon cells – as confirmed in tests by the Institute of Solar Energy at the Technical University of Madrid (IES-UPM), Insolight says.
Spacecraft solar panels use close-packed solar cell rectangles that cover nearly 100% of the sun-visible area of the solar panels. Standard commercial roof solar panels use cell circles that cover about 90% of the panel. The Insolight panel uses far less than either, but employs concentrating lens that focus a wide circle of light onto a small cell.
Thanks to the optical concentration, less than 0.5% of the total surface has to be covered with cells to reach optimal performance. This enables the use of high efficiency space-grade solar cells for the mainstream market. (cleantechnica)

High-altitude kites or drones could be used to harness dependable wind power and could revolutionise approaches to renewable energy generation, scientists believe.
A research team at the University of Madrid are using the giant aerofoil kites used in kitesurfing to experiment with on-board energy generation, in the form of small wind-turbines mounted to the aircraft.
The power generated is then transmitted to the ground via a cable tether which also keeps the kite in place.
In comparison to expensive traditional wind-turbines, airborne wind energy systems (AWES) present low installation and material costs. They would also operate at high altitudes of over 500 metres, where they present a low visual impact and where winds are more intense and less intermittent.
The researchers said the technology’s easier transportation make them suitable for producing energy in remote and difficult access areas. Therefore they could be deployed to provide temporary power generation in remote areas or disaster zones. (independent)

BP produced their 2019 Energy Outlook this week. As with many such reports it maps a future of consistently growing global demand for energy. It acknowledges the increased share of energy upply taken by renewables and admits that yet again BP have underestimated the growing efficiency of wind and solar. All very predictable
Carbon Brief contrasts the findings of the BP Report, and IEA Report with a recent report from McKinsey, which suggests that there will be a break in the linear relationship between economic growth and energy demand. They suggest that not enough weight is being attached to the increased efficiency within electricity supply chains and point to the UK and other developed countries that have grown over the last ten years yet used less energy in the process. The graph below shows the differing predictions with McKinsey showing a shape much closer to that demanded by the requirements of the Paris 2C path.

As today’s urban planners are struggling on how to integrate renewable energy into existing infrastructure, some forward-thinking architects are making the task much easier. Beijing-based firm Margot Krasojević Architecture has just released a design that would see an existing oil rig in South Korea’s coast converted into a futuristic lighthouse hotel whose organic flowing form would be installed with pivoting turbines to harness tidal energy to power the hotel. (inhabitat)

Hydrostor Will Build Compressed Air Storage for the Australian Grid

Canadian startup Hydrostor will build a novel compressed air storage device in renewables-rich South Australia, the company announced last week. It plans to use the 5 megawatt project as a “showpiece” to educate customers and the public on this unusual technology.
Lithium-ion batteries rule the storage market, but they don’t excel at very long duration storage. That long duration resource is becoming more valuable in regions where a large share of wind and solar power supplies the grid, making for booms and busts of production.
Hydrostor uses surplus electricity to pump air into an underground cavern partially filled with water, which helps maintain constant pressure. It can store more energy by digging a bigger hole, or extracting water from an existing cavern to make room for more air. The company’s IP revolves around how to sync up equipment developed by other industries, like mining and oil and gas extraction, into a large-scale storage plant. (gtm)

Renewable energy developer Intersect Power has floated plans to construct 495 MW of energy storage next to 495 MW of solar in Borden County, Texas, according to the January generation interconnection status report from the Electric Reliability Council of Texas (ERCOT).If completed, the project would be the world’s largest battery system when it comes online in 2021 (utilitydive)