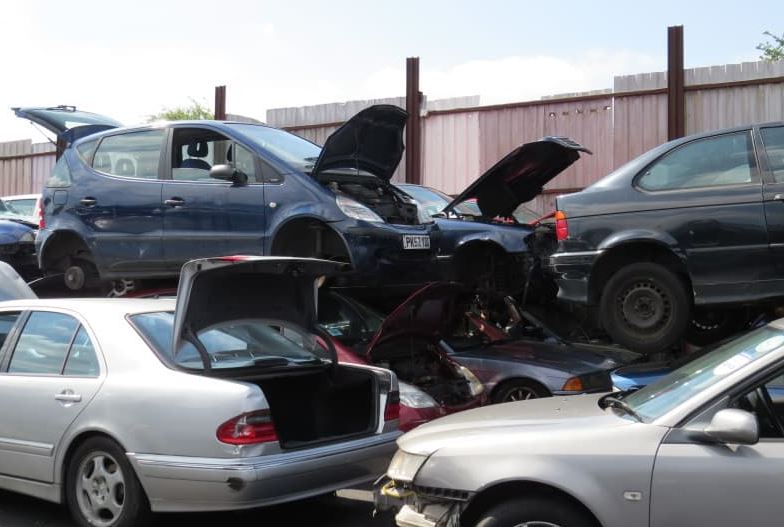 Contrary to some of the “green critics” mentioned in the Titbit below, I think it is right that the EU is supporting both Green and Blue Hydrogen. Blue Hydrogen can be produced in a zero carbon, or even carbon positive fashion provided some biogas is included in the mix, an easy fix in countries with a biogas industry.

Vestas surpasses 1 GW of order intake from auctions in Poland
Vestas has received a 166 MW order for two projects awarded at the Polish wind-solar-energy auction in December 2019 thereby winning more than 1 GW of onshore wind energy projects in Poland since the country introduced its auction scheme in 2018.The company has installed more than 2.1 GW in Poland, accounting for a 36 percent market share in the country’s wind energy sector. (renewableenergymagazine)

Ofgem investment programme to transform UK’s energy networks
Energy regulator Ofgem has announced a new five-year, £25 billion investment programme to transform the UK’s energy networks.
The proposals aim to enable the delivery of emissions-free green energy across the country and meet national net zero targets, while also maintaining high levels of service and grid reliability.
As well as allocating the funds to maintain and operate gas distribution, gas transmission and electricity transmission networks, Ofgem has also asked network companies to offer any ideas they may have regarding bringing forward investment plans in the current price control.
A further £10 billion or more of investment will potentially be supported through the price controls to help pay for emissions-free energy and infrastructure upgrades – Ofgem stresses such measures will only be approved if they will deliver decarbonisation at the lowest cost to consumers.
A new Strategic Innovation Fund will provide £630 million to drive green research and development to explore “the range of possibilities for decarbonising heat infrastructure, such as hydrogen, with the potential to fund more if needed”. (energylivenews)

Drop in demand hitting specialist plastic recyclers
The warning comes from the European Recycling Industries’ Confederation (EuRIC) and the European Electronics Recyclers Association (EERA), which say they represent the “vast majority” of recyclers in this sector, including those in the UK.
A joint statement from the two groups say that specialist plastic recyclers in this sector have “pioneered the recycling of complex thermoplastics” used in cars or electrical and electronic appliances, often with “no or little support to stimulate end-markets”.
They have made a number of demands in their statement. These include setting minimum targets for the inclusion of recycled plastic in the ELV and WEEE Directives, to help boost demand.
Along with a sharp drop in demand,  plummeting virgin plastics prices have further negatively impacted a sector “where long-term investments in high-tech processes are instrumental to recycle complex plastics from automotive and electronics”.
The statement went on to say that post consumer recycled plastics, be they technical or from packaging, “cannot be indexed on oil prices since their cost structure is entirely different”. (letsrecycle)

British Gas makes largest UK commercial EV order
British Gas has announced it has ordered 1,000 new all-electric Vivaro-e vans from Vauxhall – the largest commercial BEV (battery electric vehicle) order in the UK to date.
The BEVs will arrive over the next 12 months and be rolled out nationwide across the British Gas engineer workforce. Centrica, owner of British Gas, has committed to electrifying its 12,000 strong fleet by 2030 and will be making further orders with Vauxhall for electric vehicles as soon as they are available. This may include the all-electric Combo-e – available from Summer 2021.
Government urged to unlock 18GW of ‘shovel ready’ batteries, solar and wind (renewableenergymagazine)

Government urged to unlock ‘shovel ready’ batteries, solar and wind
Analysis by Regen shows there are 18GW of ‘shovel ready’ battery storage, solar and wind projects that could be quickly kickstarted if government genuinely wants a recovery led by green jobs and investment.
The 18.3GW of projects have planning permission and are part of a broader pool of 61GW of projects that have sought connections.
Regen urged government to unlock the projects by:
– Publishing an Energy White Paper putting the UK on course for a flexible power system based on renewables and storage
– Committing to annual Contracts for Difference auctions to give investors confidence
– Ending anti-onshore wind policies in the English planning regime (theenergyst)

VW continue to release variants that will run off its MEB electric platform:

Audi Show the e-tron Q4 Sportback
This is effectively a hatch version of the VW ID.4 (Tiguan sized SUV) done up in a smarter Audi livery. Expect a well designed and well trimmed interior treatment, which will find a market because one criticism of the VW ID.3 is that it looks like VW, in an attempt to keep costs down have used less expensive interior materials than they might. This will sit alongside the more staid looking e-tron Q4.

SEAT release pictures of the Cupra El-Born
It is not fully confirmed but this looks like the first attempt on the MEB platform to produce a hot hatch. SEAT have used the Cupra name and this version of the 77kW battery model does less range than the long range ID.3, which suggests it will be more powerful. It will be built on the same line as the ID.3 in Wickau.
The name El-Born comes from a district in Barcelona. An English equivalent might be the Jaguar Peckham. Hmm

Christine Lagarde hints at green bond push from the ECB
President of the European Central Bank (ECB) Christine Lagarde has given the clearest signal yet that she is poised to ramp up the central bank’s green efforts, declaring that she is prepared to “explore every avenue available in order to combat climate change”.
Speaking in an interview with the FT, Lagarde hinted that bank would consider proposals from campaigners for it to use its €2.8tr asset purchase scheme to pursue green objectives. (businessgreen)

EU targets 40GW of hydrogen capacity in sweeping new strategy
The European Commission yesterday unveiled its long-awaited hydrogen strategy, outlining its vision to ramp up the EU’s renewable hydrogen capacity from 1GW today to 6GW by 2024 and 40GW by 2030.
The Commission said its priority would be to develop green hydrogen, produced by electrolysers powered by renewable energy. However, in a move that sparked criticism from some green groups the Commission confirmed it would also support blue hydrogen, produced using fossil fuels at plants that could be linked to carbon capture and storage (CCS) systems in the short and medium term.
Frans Timmermans, executive vice-president for the Green Deal, said the plan would “bolster the European Green Deal and the green recovery” while allowing the bloc to decarbonise by mid-century. (businessgreen)

Solar mini-grids set to play critical role in universal electricity access
The State of the Global Mini-Grids Market Report 2020 – from the Mini-Grid Partnership (MGP), published by BloombergNEF (BNEF) and Sustainable Energy for All (SEforALL) – is a study, looking at technologies, businesses, regulations, financing, economics and impact assessment in the industry. It looks into the most effective policies for mini-grid development in different countries, including subsidies, licensing, tariff setting and grid arrival. The report includes case study analysis on six locations: the state of Bihar in India, Indonesia, Nigeria, the Philippines, Tanzania and Uganda.
The report estimates that 238 million households will need to gain electricity access in Sub-Saharan Africa, Asia and island nations by 2030 for the achievement of universal access – as outlined by Sustainable Development Goal 7. Mini-grids can serve almost half of this total – an estimated 111 million households. This will require capital investment of an estimated $128 billion between 2020 and 2030. Mini-grids are the most suitable option for many low- and medium-density areas and can address a larger number of low-income families more economically than the alternative options. (renewableenergymagazine)
Get the Mini-Grids Market report HERE

Modular, affordable housing project opens in Portland
Argyle Gardens, a newly-opened modular co-housing development, is providing affordable housing for individuals who formerly experienced homelessness and are greatly affected by the COVID-19 pandemic in Portland, Oregon. Opened at the beginning of April 2020, the project houses 72 residents in studio and SRO-style units.
Because of the offsite modular construction, development costs for the units were 31% lower than typical affordable housing projects and the construction schedule was shortened by four months.
There are four buildings in total, the largest of which contains 36 apartments. The buildings are positioned around a large, central community space that includes laundry facilities and support service offices. In addition to the main apartment building, there are three co-housing structures, which each contain two six-bedroom pods, two shared bathrooms and a kitchen.
The project was designed by Portland firm Holst Architecture and features gable roof trusses and translucent polycarbonate panels. The modules can adapt to any area that allows duplexes while still working within the existing zoning codes for Portland. Despite the site’s steep and vegetated topography, the design team accomplished balance in the environmental considerations required for modular construction. The high-efficiency housing model can be replicated and modified by other modular builders around the country. (inhabitat)

Biden and Saunders Climate Task Force issues report
When Bernie Saunders agreed to withdraw from the Presidential race he and Joe Biden set up a Task Force to create a climate policy that might be acceptable to both wings of the Democratic Party. A lot has happened since then but the resulting document, whilst clearly compromising on certain aspects (no mention of fracking, or pipelines) does bring Biden quite a long way towards a “Green New Deal” and gives a genuine
Previously, Biden’s climate policies centered around achieving 100 percent clean electricity by 2050. The task force shaved 15 years off that goal. It also came up with a slew of closer, more specific benchmarks: Within five years, make all school buses electric and help spur retrofits of 4 million buildings by unlocking private sector funding and setting efficiency standards, and by 2030, zero out the carbon footprint of all new buildings.
Also to be applauded is Biden’s commitment to putting environmental justice at the heart of his climate policy agenda by “directing federal funds to disadvantaged communities, ending pollution & toxic waste sites, and creating mitigation strategies and rebuilding from disaster in just and equitable ways.” (grist)

Amazon secures 6m gallons of sustainable fuel for air cargo
Amazon has announced it has secured six million gallons of sustainable aviation fuel (SAF) supplied by Shell Aviation and produced by North American biodiesel producer World Energy.
The fuel includes feedstock of inedible agricultural waste fats and oil and will be used for the air operations of the logistics and retail giant.
The switch is expected to reduce carbon dioxide emissions by 20%. (energylivenews)

Spreading rock dust on fields could remove vast amounts of CO2 from air
Spreading rock dust on farmland could suck billions of tonnes of carbon dioxide from the air every year, according to the first detailed global analysis of the technique.
The chemical reactions that degrade the rock particles lock the greenhouse gas into carbonates within months, and some scientists say this approach may be the best near-term way of removing CO2 from the atmosphere.
The rock dust approach, called enhanced rock weathering (ERW), has several advantages, the researchers say. First, many farmers already add limestone dust to soils to reduce acidification, and adding other rock dust improves fertility and crop yields, meaning application could be routine and desirable.
Basalt is the best rock for capturing CO2, and many mines already produce dust as a byproduct, so stockpiles already exist. The researchers also found that the world’s biggest polluters, China, the US and India, have the greatest potential for ERW, as they have large areas of cropland and relatively warm weather, which speeds up the chemical reactions.
The analysis, published in the journal Nature, estimates that treating about half of farmland could capture 2bn tonnes of CO2 each year, equivalent to the combined emissions of Germany and Japan. The cost depends on local labour rates and varies from $80 per tonne in India to $160 in the US. (guardian)