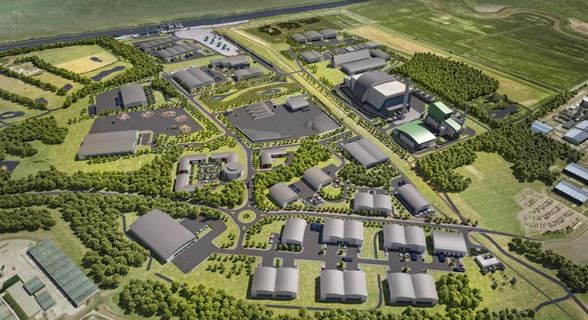 Welcome to Ultra Low Emision Zone (ULEZ) London! It will be interesting to see quite how much it might change behaviours, and how quickly other cities adopt similar measures

Vortex Energy has completed the sale of its 49% stake in a 998MW wind energy portfolio.
The European renewable energy platform, which is managed by the private equity arm of EFG Hermes, completed the sale of its stake in 56 operational wind farms spread across Spain, France, Portugal and Belgium.
The stake in the facilities, which are managed and co-owned by EDPR, have been sold to institutional investors advised by JP Morgan Asset Management. (energylivenews)

Ofgem has promised new tests for companies who want enter the energy retail market, to be applied from June this year, and has promised to follow up with a more testing regime for existing suppliers.
Ofgem said new applicants will have to demonstrate they can adequately fund their operations for their first year, outline how they expect to comply with regulatory and market obligations, and show their intentions to provide a proper level of customer service. Directors and major shareholders of companies applying for a licence, as well as senior managers, will also have to show they are ‘fit and proper’ to hold a licence. (newpower)

A project to electrify train lines in Wales using community-owned renewable energy and storage technologies has been awarded a grant worth £110,000, after winning the Rail Safety and Standards Board’s ‘Intelligent Power Solutions to Decarbonise Rail’ competition.
The Green Valley Lines initiative – led by climate charity 10:10 in partnership with Community Energy South’s social enterprise Riding Sunbeams – will explore plans for the smart electrification of commuter lines to and from Cardiff.
Working with Network Rail, the Energy Saving Trust, and engineering consultancy Ricardo, the project will identify potential sites to install community-owned solar, wind or hydroelectric generators next to railway lines in the region. These units would then directly supply the lines with low-carbon electricity, whilst in turn providing financial benefits to local communities, who would own them. (businessgreen)

Energy technology start-up Verv has raised more than £6.5 million to scale up its smart energy hub and green electricity sharing platform.
The company claims its technology, which offers a real-time breakdown of appliances’ energy use and spend as well as enables the trading of renewable energy, can help reduce household electricity bills and carbon emissions by more than 20%. In particular the company are looking to sell energy monitoring services to commercial clients
The latest group of investors include environmental fund Earthworm, which has committed £5 million in the technology, as well as Centrica, Crowdcube and InnoEnergy.
Verv intends to scale up its peer-to-peer energy trading pilots and take the technology to new markets ready for commercial application as well as expand its internal home control system for the next generation of smart energy management technologies. (energylivenews)

Plans to deliver what is claimed will be the UK’s first commercial plastic to hydrogen project in Cheshire have been announced.
Peel Environmental has joined forces with Waste2Tricity to deliver the project at its Protos site near Ellesmere Port, using an advanced thermal treatment technology developed by Powerhouse Energy.
The proposed £7 million facility would have the capacity to treat up to 25 tonnes of waste plastics a day that would otherwise be incinerated or sent to landfill.
The hydrogen produced could be used to power buses and heavy goods vehicles (HGVs), before being rolled out to fuel cars. (energylivenews)

The scheme, which launched late last year and is organised by sustainability NGO Global Action Plan, commits signatories to replace a proportion of their van fleet with electric vehicles (EVs) by 2020, and to electrify their entire fleets by 2028.
It is worth noting that the 2028 goal only needs to be met on the condition that “sufficient” charging infrastructure and “competitively priced” electric vans are available – incentivising members to lobby for wider industry action and policy changes which spur the EV transition.
The nine organisations to have joined the commitment this week are Arval, Mitie, Siemens, BHF, the London Borough of Tower Hamlets, Novus Environmental, Commercial Group, Bywaters and Poplar Harca, with many citing the launch of the London ULEZ as a driving factor for their signing. (edie)

Fiat is celebrating its 120th anniversary with the new Centoventi concept, an all-electric design study that shows how the next generation of the popular Panda city car will, largely, look like. Fiat has probably been the least enthused among the major car makers about EVs, so this is a welcome step.
The new Centoventi (“one hundred and twenty” in Italian) features an innovative interior than can be easily configured in many different layouts, while the dashboard has special slots that can receive a range of accessories for the ultimate customization experience.
The electric powetrain of the concept comes with a swappable and upgradeable battery pack, with customers able to add up to three extra battery cells after the purchase of the vehicle in order to extend its driving range. Fiat says that the new electric city car concept offers between 100km and 500km of driving range, depending on how many battery packs are onboard.
Fiat’s latest concept is described as a ‘blank canvas’, as it will be produced in just one livery and let customers decide their desired specification through its “4U” personalization program. This includes a choice between 4 roofs, 4 bumpers, 4 wheel covers and 4 external wrappings, giving the Centoventi not only a very wide range of ways to be customized but unprecedented freedom as well, as owners can change their cars’ specification any day they like. (carscoops)

The Netherlands has long been one of the top plug-in vehicle markets. In March, 10% of new vehicle sales were sales of fully electric cars, and the Tesla Model 3 was the top selling vehicle of any type, with nearly double the sales (deliveries/registrations) of the #2 Ford Focus (2,195 versus 1,187). In the first quarter as a whole, fully electric cars had 7.32% market share, up from 3.15% in the first quarter of 2018.
This is a highly encouraging sign of accelerating growth, and one which is likely to be mirrored in other EV leading markets. An interesting aside is to look at how geared to this increase is the EV charging market and again the numbers look encouraging:
Fastned is one of the leading EV charging businesses in the Netherlands with an impressive network of fast charging stations. Their unaudited Q1 numbers were as follows:
Revenues: €844,000 (+236% compared to Q1 2018)
Volume: 1,520 MWh (+215% compared to Q1 2018)
Active customers: 22,717 (+174% compared to Q1 2018)
These are not exactly like-for like as they added 5 more stations in the year to make 90, but still show how increased penetration of the market for EV’s clearly feeds through to sales in the charging sector (cleantechnica & Fastned website)

Foating City of the week

BIG and a coalition of partners have unveiled Oceanix City, a visionary proposal for the world’s first resilient and sustainable floating community for 10,000 people. Presented at the first UN high-level roundtable on Sustainable Floating Cities, the conceptual design was created as a potential solution to the perceived threat of climate change and rising sea levels. Conceived as a “modular maritime metropolis,” Oceanix City is engineered for self-sufficiency with features from net-zero energy and zero-waste systems to a sharing culture. (inhabitat)

Global business information provider IHS Markit published its latest PV Installations Tracker last week which predicts that the global solar PV market will see growth of 25% in 2019 and install a total of 129 GW worth of new solar capacity. This is up slightly on the 123 GW the company predicted would be installed in 2019 back at the end of December. The growth is expected to be driven from markets outside of China, which IHS Markit predicts will increase their share by 43%. Conversely, IHS Markit expects China’s growth to only increase by 2% in 2019 after reaching 45 GW in 2018 — the majority of which will come in the second half of the year. (cleantechnica)

Two international bodies agree to strengthen collaboration, as IRENA revises down its estimates for renewables costs through to 2050
Scaling up renewables capacity and electrifying infrastructure around the world could deliver more than three-quarters of the energy-related emissions reductions needed to meet global climate goals, according to a new analysis from the International Renewable Energy Agency (IRENA) highlighting the plummeting cost of clean energy.
Setting out its energy roadmap to 2050, IRENA said electricity had the potential to cover half the world’s final energy consumption, up from 20 per cent today, thereby more than doubling power consumption.
The bulk of that demand – 86 per cent – could be met by renewables, the report said, with the primary drivers for increased power capacity coming from one billion electric vehicles, increased use of electricity for providing heat, and the emergence of renewable hydrogen. Overall, it estimated renewable energy could supply two-thirds of final energy by 2050.
Meanwhile, IRENA also released revised statistics showing the cost of reaching climate goals is continuing to fall rapidly thanks to plummeting prices for renewables such as wind and solar, and a projected decline in the money spent on fossil fuel subsidies. (businessgreen)
Download the ARENA Energy Roadmap HERE

A large tranche of utility-scale solar – and storage – projects in Hawaii has been approved by the state’s Public Utilities Commission (PUC), each quoting a cost per kilowatt hour of US$0.10 or under.
In addition to setting up some of the lowest cost per kilowatt hour deals seen in Hawaii, the approvals are also notable for their scale, comprising 247MW of solar PV and 988MWh of storage deployed in six co-located projects. Two further projects remain subject to approvals which would take the total battery storage capacity to be deployed over the 1GWh mark. (energystoragenews)

Currently, multidisciplinary teams based at the Department of Energy’s Lawrence Berkeley National Laboratory (Berkeley Lab) and Joint BioEnergy Institute (JBEI) and  are focused on optimizing each stage of the bio-jet fuel production process. Some researchers specialize in engineering ideal source plants — referred to as biomass — that create a high proportion of carbohydrates and a low proportion of lignin, a type of material that, as of now, is more challenging to make useful. Meanwhile, others are developing methods for efficiently isolating the carbohydrates in non-food biomass and breaking them into sugar molecules that bacteria can digest, or “bioconvert,” into a fuel molecule. To obtain the highest possible yield from bioconversion, yet other JBEI researchers are examining what genetic and environmental factors make the modified bacteria more efficient.
Once these stages are optimized, JBEI scientists can transition the technologies to commercial partners who may then modify and blend the fuels into ready-to-use products and devise strategies to industrialize the scale of production. Given the vast amount of experimentation and innovation needed to accomplish all this, Berekeley’s hilary Scown and her co-authors used innovative analysis methods to assess whether the undertaking could actually reach the end game of a jet fuel alternative that airlines will want to use. (sciencedaily)