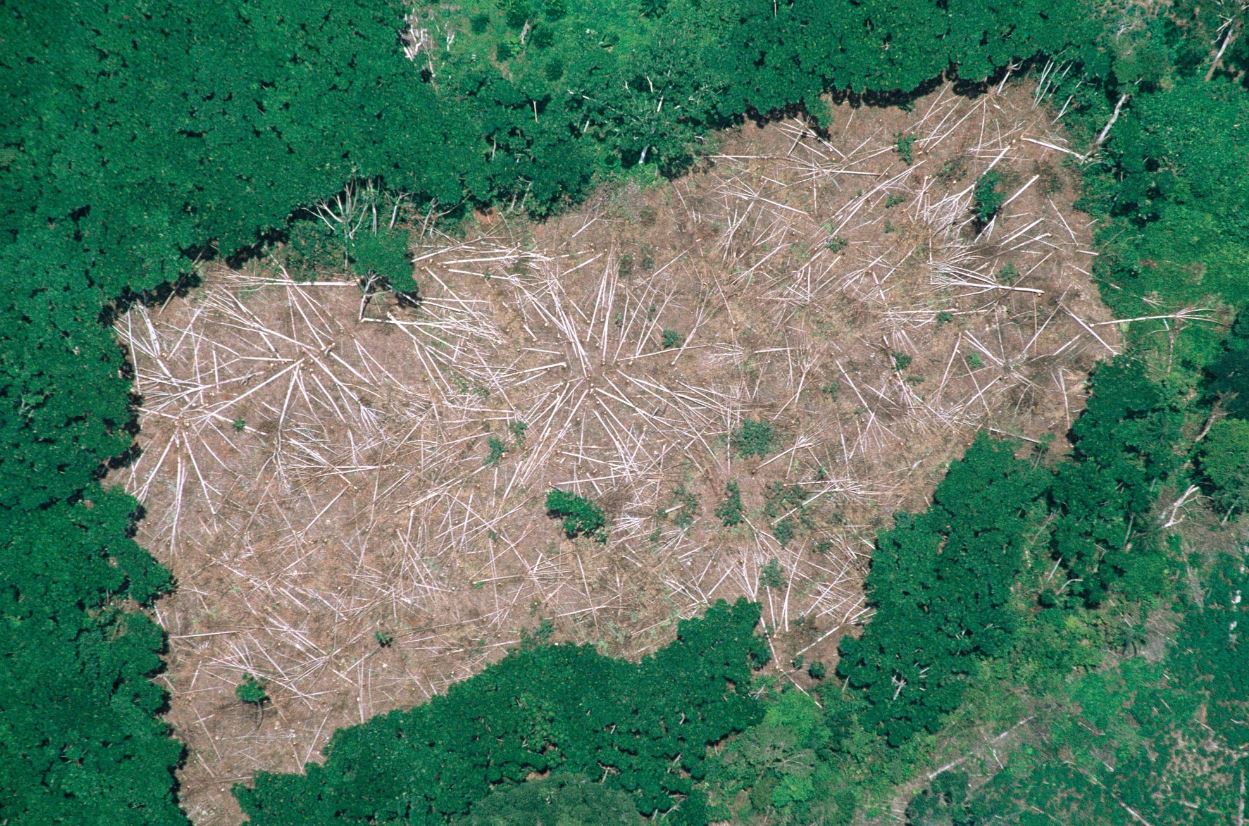 Another week another report from a global agency on energy. This week the IEA’s World Energy Investment Report. Although I am not always totally convinced as to which side the IEA are batting for, I like Faith Birol, the Chairman’s concise summary:

SIMEC Atlantis Energy will enter into a technology partnership and preferred supplier agreement with GE’s Power Conversion business. Under the terms of the partnership agreement, both parties will work together and share resources for the ongoing development of utility scale tidal energy generation and associated energy storage solutions. They will also engage in joint marketing activities to promote their new subsea connection technologies and the wider benefits of cleaner, predictable tidal energy. (renewableenergymagazine)

French utility ENGIE has announced it is selling its shares in coal-fired power stations in the Netherlands and Germany.
It has signed an agreement with Riverstone Holdings for the sale of its coal assets that represent a total installed capacity of 2.3GW.
Following the sale of its stakes in the Rotterdam plant in the Netherlands and the Farge, Zolling and Wilhelmshaven plants in Germany, coal will represent 4% of ENGIE’s global power generation capacities.
That’s down from 13% at the end of 2015 when the company announced it would gradually close or dispose of its coal assets. (energylivenews)

Property consultancy Knight Frank has handed utility Total Gas and Power a renewable power contract worth more than £75 million.
The new deal will see Knight Frank procure only 100% renewable power for its properties under management, which Total Gas and Power will provide for until 2021.
The two companies expect that the properties will use more than 360GWh of power in that time, equivalent to a cost of more than £75 million.
While the precise details of the contract are unclear, the above figures would place an average cost of the electricity at around 4.8p/kWh, far below the average cost of power in the UK.
Knight Frank also said the commitment would lead to a reduction of more than 100,000 tonnes of CO2 over the course of the contract. (current-news)

A new research network is being formed to create solutions for ‘urgent’ challenges in energy storage.
The Supergen Energy Storage Network+ 2019 will be led by the Birmingham Centre for Energy Storage (BCES). It aims to support collaborations and innovative research, whilst connecting researchers from diverse disciplines.
The network will primarily focus on creating an accessible map and directory of energy storage expertise to allow for greater collaboration in the industry. It will also look at mentoring early career researchers, improving diversity and inclusion and facilitating stakeholder engagement and knowledge transfer across discipline and sector. Feasibility studies will also be funded by the network. (solarpowerportal)

Initial figures show that on average 9,400 fewer such vehicles entered central London each day in April compared with March. There were 36,000 fewer than in February 2017 when the ultra-low emission zone plans were announced, though much of that drop could be attributed to drivers switching to cleaner vehicles.Nearly three-quarters (74%) of vehicles in the zone in April complied with the new pollution limits, compared with 61% the month before. (guardian)

Bright and clear conditions helped solar break its all-time generation record in the UK on Monday, hitting 9.47GW at noon as it surpassed a previous peak of 9.38GW set in May 2017. (businessweek)

That’s the verdict from the European Automobile Manufacturers Association (ACEA), which has published a new report showing the UK sold a total of 15,510 fully electric cars last year, a rate of 13.8% growth on 2017
However, it highlights that average growth across the continent between the two years was 48.2%, rising to 53.2% among just EU member states.
Sales of EVs were more than twice as high in France and Germany than in the UK, selling 31,095 and 36,216 EVs respectively.EV growth ‘is severely lagging behind the rest of Europe’ (energylivenews)

This is a city car made in Aachen featuring a space frame made of aluminium profiles and a plastic outer skin, the e.Go Life is light and very reasonably priced — for an EV, at least. Slightly shorter than a Fiat 500, the no-frills city car starts at €15,900 in Germany for the Life 20 version. It seats four in relative comfort.
For that money, customers get 14.9 kWh battery, a 20 kW (27 hp) electric motor and 121 km (75 miles) of NEDC-measured range. There are two other versions available (Life 40 and Life 60) that offer more power and longer driving ranges. e.Go already has 4,300 pre-orders for the Life EV. (carscoops)

ABB has partnered with Italian utility Evolvere to use blockchain technology it developed in conjunction with Prosume, which allows for transparent and secure peer-to-peer energy transactions.
The pilot will see the combination of ABB inverters and the tech firm’s ABB Ability digital solution and is to explore how blockchain technologies and applications could transform the market for smart grids.
ABB said the use of blockchain-ready inverters could allow utilities, aggregators and energy company to cut both Capex and Opex project costs, accelerating business cases for subsidy-free renewables.
If successful, the firm intends to ensure that all inverters in the same class are blockchain ready. (current-news)

Bosch to drastically reduce platinum use in future fuel cells

Privately-owned Bosch, which last month signed a deal with Powercell Sweden AB to mass produce fuel cells, said its fuel cell design was not finalized, but it expects them to use only as much platinum as a diesel catalytic converter.
A catalytic converter in a diesel passenger vehicle typically uses three to seven grams of platinum compared with around 30-60 grams currently needed for a fuel cell for the same vehicle, according to analysts. (autoblog)

As I did last year I defer to the excellent precis of the report’s finding by Carbon Brief. This is my preci of the precis:
– Overall, the research found that global investment in all forms of energy supply and demand stabilised in 2018 at around $1.85tn, after three years of decline. Within that total, investment in low-carbon energy was also stable at around $620bn
– IEA designated two scenarios: Sustainable Development Scenario (SDS) which relates to achieving Paris goals and New Policies Scenario (NPS) which would see warming reach 2.5C by 2100.
– Current levels of energy supply investment will not get us close to either goal.
– Coal investment is still well ahead of that needed by either scenario, although the number of new projects has fallen, especially in China
–  The US spends far more on fossil-fuel supply than any other nation (see chart)
– The weakness in renewables investment in $ terms is exaggerated by the sharply falling costs of wind, solar and batteries.
– To remain in line with the SDS, the IEA says renewable capacity must increase by 300GW every year, on average, between 2018 and 2030. In 2018, just 180GW was added.
– The good news: record levels of investment into electric cars, battery storage, hydrogen and fuel cells and venture capital into cleantech (especially in China)
– heat pumps also saw growth, but that growth was outstripped by growth in sales of air conditioning. (carbonbrief)
Download the report HERE

Passive house of the week

After three years of research and development, architect Wayne Turett of New York City-based architectural firm The Turett Collaborative has designed and built his long-awaited Passive House in the village of Greenport, New York. Built to the rigorous standards of the Passive House Institute, the airtight dwelling combines cutting-edge technologies with passive solar principles to minimize its energy footprint and meet Turett’s aspirations for a carbon-neutral design. (inhabitat)

Save the Amazon From Bolsonaro

President Jair Bolsonaro of Brazil poses the single greatest threat to the fragile equilibrium of the Amazon rain forest since the country was ruled by a military dictatorship.
Last week, the summary of a report by the United Nations, which will be published in full later this year, concluded that activities like farming, logging, poaching, fishing and mining are altering the natural world at a rate “unprecedented in human history.” And yet Mr. Bolsonaro aims to open up the rain forest — which has already lost 20 percent of its cover — to new development.
Mr. Bolsonaro has referred to indigenous people living in reservations as zoo animals, and promised that indigenous communities would not get “one more centimeter” of protected land. Days after assuming the presidency, Mr. Bolsonaro fired Luciano de Meneses Evaristo, the widely respected director of Brazil’s agency for environmental protection who reduced Amazonian deforestation to record levels during his nine years in office.
Since then, Mr. Bolsonaro has given free rein to illegal loggers, clandestine gold miners and criminals who masquerade as meat and soybean producers, occupying protected lands. Mr. Bolsonaro and his new environment minister, Ricardo Salles, who considers climate change a “secondary issue,” have weakened institutions that fight deforestation.
Satellite data shows that deforestation has grown steadily since his victory in October. In the first month after his election, deforestation increased more than 400 percent, compared to the previous year. (newyorktimes)
This is taken from an article in the NYT by Heriberto Araújo, who is writing a book on violence in the Amazon.

How Co-ops Are Bringing Solar Power to Rural America

In 2014, the National Rural Electric Cooperative Association studied what some of its members saw as a touchy subject: local electricity powered by the sun.
NRECA, based in Arlington, Va., is the trade association for 900 local rural electric co-ops that came to life in 1942, when its members were dependent on coal. Many derived 70 percent or more of their power from coal, while just 1 percent of co-ops had gone beyond experimenting with solar as late as 2013, according to a survey at the time.
Since 2014 things have started to change:
Many Coops started to dispute the contracts they had with Tri-Sate Generation and Transmission Company, and a few expensive court cases were fought and settled.
But as solar prices started to fall from 2015 the mood changed and even Tri-State started to build solar parks and to hook coops up to local solar supply
Finding cleaner, closer power sources has helped trim NRECA’s traditional reliance on coal from 54 percent in 2014 to 40 percent in 2017. (scientificamerican)

Cleantech startup H2GO is currently working to develop hydrogen energy storage units each capable of holding enough power to meet the demands of a large school or hospital. Inside each of the units are a series of “sponges”, made from a nanoparticle-based “smart” material that is capable of producing hydrogen through hydrolysis when exposed to chemical hydrides. The porous devices then trap the hydrogen in their polymer frameworks until heat is applied to release it.
H2GO claims that the units, each the size of a shipping container, will be able to store hydrogen for at least eight hours at a time. They will be fitted with Artificial Intelligence (AI) systems to ensure optimal storage conditions and cost-efficient re-charging and release. The company currently has a patent pending for both the “sponges” and the units in which they will be connected. It believes they are a viable and scalable solution for off-grid communities in developing nations, as well as for facilities looking to shift to diesel-free backup generation and storage. (edie)

Have a great long weekend