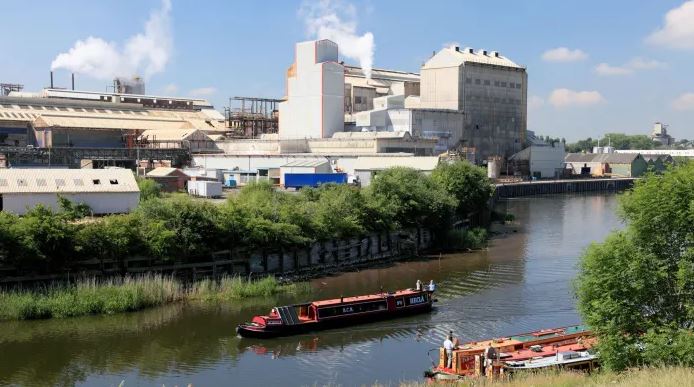 Who needs campaigners for clean energy when you have Mike Pence

American investor Global Infrastructure Partners (GIP) is in talks to buy the Indian solar power business of French energy firm Engie SA in a deal potentially worth around $500 million, a person aware of the development said.

GIP is interested in Engie Solar, which has an 1,100 megawatt (MW) solar portfolio in India, the person said on the condition of anonymity. Of this, 740MW is operational. Rothschild and Co. has been mandated to find a buyer for the assets. (livemint)

Tata Group’s unit making chemicals in the UK plans to build the country’s first industrial-scale carbon capture project. The 16.7 million pound facility in Northwich, England, is to start working in 2021, Tata said in a statement. It will draw in CO2 created by burning fossil fuels and use it to make sodium bicarbonate, an ingredient in the food and pharmaceuticals industries.

The new plant will take the carbon dioxide from the exhaust gases of a natural gas-fired combined heat and power plant, which supplies steam and electricity to the company’s operations and other businesses in the area. The so-called carbon-capture and use plant will be capable of capturing as much as 40,000 tonnes per year of CO2 and will reduce the chemical facility’s emissions by 11 per cent. (hindubusinessline)

Legislation to increase VAT rates for solar and battery storage technologies for households was put forward yesterday, despite strong opposition from industry. Under the new law proposed by HM Revenue and Customs (HMRC), the VAT for new solar and storage products will increase from 5% to 20% from October.

The legislation is put forward on the same day MPs debate the adoption of the net zero carbon emissions target for 2050. In contrast, coal sold as a fuel for domestic use will continue to receive a reduced VAT rate of 5%. (energylivenews)

The Offshore Wind Industry Council (OWIC) has launched the Offshore Wind Growth Partnership (OWGP) to support more than 650 businesses boost the value and growth of the offshore sector.

The OWGP acts as part of the recent Sector Deal, penned between industry and the Government, which will see at least 30GW of offshore wind installed in the UK by 2030 – generating a third of the UK’s electricity as result and increasing UK business contributions to the nation’s offshore content from 48% to 60%.

Delivered by the Offshore Renewable Energy Catapult, the programme will help develop the UK offshore supply chain, enhance corporate ambitions for products and services, enable companies from other sectors to enter the market and spur the development of new innovation that can accelerate growth in the sector. (edie)

Tesco is trialling using refrigeration units to provide frequency response in a partnership with the University of Lincoln, IoT firm IMS Evolve and The Grimsby Institute.

Mass refrigeration is responsible for around 12% of UK carbon emissions and, combined with heating, venting and air-conditioning, make up 14% of total UK electricity demand. The aim of the trial is to determine how an aggregated collection of refrigeration units could participate in the frequency response market, alleviating strain on the national grid. If the findings of the trials are rolled out across Tesco’s stores, its refrigeration units could provide the grid with 25 – 50MW of flexibility. (current-news)

Ylem Energy has completed its first 1MW battery at a landfill gas site, and will use its flexibility to participate in the balancing mechanism. The 1.2MWh Dowell battery is charged by the existing on-site generator at the Harewood Whin site near York, enabling short notice discharged when required. (theenergyst)

The Lightyear One is a top end solar powered EV

Lightyear is a relatively new company, created in 2016. Its founders developed a solar-powered car — named Stella — for the World Solar Challenge in Australia while they were at university and became the world champion in their class. They went on to create the Lightyear company to manufacture and sell similar vehicles on a larger scale. The One is the company’s first production model.

The Lightyear One is a large EV with a comparatively small battery and comparatively large area of solar photovoltaic. The whole is designed for light weight and aerodynamics. It is claimed that the solar can provide 10,000km of driving in the right conditions, (sunny obvs), and that the car can run for 700km on a charge. (engadget)

Those good folk at Fully Charged covered the unveiling HERE

The launch of the European balancing scheme slated to go live at the end of this year is set to be pushed back until June 2020 at the earliest. Project Terre (Trans European Replacement Reserve Exchange) obliges National Grid and other transmission system operators to collaborate to build a European balancing market that will facilitate balancing in different regions.

National Grid ESO said French transmission system operator RTE had requested the delay after “difficulties with their implementation”. Because the GB route into the market is via France, National Grid has also requested a derogation and all the other TSOs bar Czech Republic are now holding fire. (theenergyst)

Earlier this month, GE Renewable Energy notified journalists that it had begun the process of shipping four tower sections from wind tower manufacturer GRI Renewable Industries’ site in Seville, Spain. Destined for Maasvlakte-Rotterdam, in the Netherlands — where the Haliade-X will be installed onshore for testing purposes, a decision announced in January — the four tower sections made for an impressive sight as they were loaded aboard the multipurpose vessel Palmerton.

A day later, the first Haliade-X blade made its first trip outside the LM Wind Power blade factory in Cherbourg, France, now owned by GE Renewable Energy after its acquisition in April of 2017.

First announced in March of 2018, GE Renewable Energy’s Haliade-X 12 MW turbines will measure in at 260 meters in height and boast a 220-meter rotor diameter (cleantechnica)

Iberdrola, one of the largest utilities in terms of renewable generation, is planning to build a 590 megawatt solar farm in Caceres, Spain. The project – named Pizarro – will come online in 2022, making it Europe’s largest, ahead of Iberdrola’s Nuñez de Balboa 500-megawatt solar plant. The levelized cost of electricity for utility-scale PV in Spain reached 49 euros/MWh in 2019 – the lowest in Europe (see chart). This is 12% below the Spanish wholesale power price, which has averaged 55 euros/MWh this year, and creates an opportunity for merchant solar projects and makes Spain the leading solar market in Europe. (bloomberg)

Lake Chad was once the sixth largest lake in the world. As can be seen in the map below, like the Aral Sea in central Asia, Lake Chad is quickly drying up and is now only 5% of its original size.

As can be expected from such a large environmental change, the 30 million people who live in the Chad basin have been negatively impacted. This has made the area vulnerable to rebellion, which has manifested itself in the rise of the fascist-Islamist militant Boko Haram.

Nigerian President Muhammadu Buhari has realized that one way to reverse the deterioration of the area is to refill Lake Chad with waters from the Ubangi River, one of the major tributaries of the Congo River. Buhari has said that widespread poverty and the shrinkage of the Lake Chad are fueling the crisis and has called on the regional leaders to increase efforts for recharging the lake through Inter-Basin Water Transfer (IBWT) from the Congo Basin.

Four large 5 meter pipes would draw water from the Ubangi River and pump it 180 meters uphill 128 kilometers to the crest of the Chad basin where the water would flow by gravity for 1,000 kilometers down the Fala/Chari Rivers into Lake Chad. There would be no need for an expensive, ecologically damaging dam on the Ubangi River. The interesting part of this proposal is that a 375 MW solar farm would supply the needed electricity during the daylight hours to pump the water uphill. This would be coupled with a lithium-ion 1000 MWh grid-scale battery to keep water flowing into Lake Chad when the sun is not shining.

This intake from the Ubangi River would extract 0.7% to 5% of the water in the river and only 0.25% of the Congo River that empties into the Atlantic Ocean. It would take 2 to 5 years at this rate to refill Lake Chad. The cost of the project is predicted to be $275 million.

Will it ever happen? President Buhari has led the presidents of the three other countries involved through the Lake Chad Basin Commission to develop this project. He has gotten U.N. Secretary-General Antonio Guterres to agree to help raise the necessary funds. (cleantechnica)

For more reading on this subject see the New Yorker HERE

Sustainable social housing of the week

To celebrate the U.K.’s Clean Air Day, Nissan has unveiled an impressive electric ice cream van that generates zero emissions while serving up a variety of cool and refreshing ice cream flavors on the go. The van is a fully electric vehicle installed with two Nissan Energy ROAM power packs and rooftop solar panels in order to power the van as well as the on-board equipment that helps keep the scrumptious ice cream nice and cold. (inhabitat)

The award kickstarts progress towards the state’s clean energy goals, established last year by Governor Phil Murphy. They aim to deliver 3,500MW of offshore wind capacity by 2030, before completing the transition to 100 per cent clean energy by 2050.

BYD’s new plant in Newmarket, Ontario and gives BYD additional bus production capacity close to the high-density east coast of the US in addition to opening up new partnerships in Canada. It builds on BYD’s existing bus supply deals in Toronto, Victoria, Longeuil, St. Albert, and Grand Prairie.The new plant already has its first marching orders, with an order for 10 fully electric BYD buses for the largest transit operator in Canada, the Toronto Transit Commission (TTC). The TTC also has an option to add another 30 BYD buses beyond the initial order. (cleantechnica)