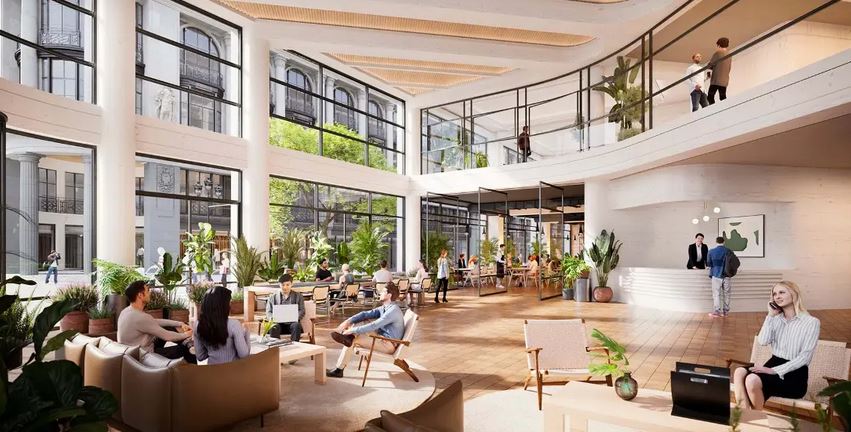 In another sign that sanity is slowly returning to this country it is encouraging to hear that the Environment Secretary has confirmed that the Environmental Land Management scheme will start to roll out as originally planned next year. Not a moment too soon.

Ineos in talks with Rolls-Royce to build mini-nuclear power plant
Ineos, the chemicals company owned by the billionaire Sir Jim Ratcliffe, is in talks with Rolls-Royce to build a nuclear power station to provide zero-carbon energy to the Grangemouth refinery in Scotland.
A deal between Ineos, one of the UK’s biggest privately owned companies, and FTSE 100 engineer Rolls-Royce could help Ineos with the tricky task of decarbonising the giant refinery, while also giving Rolls-Royce an early customer for a new technology it hopes will transform its prospects.
Ineos, which produces fuel and the chemicals used in plastics, is planning to use hydrogen to power the Grangemouth plant, which employs about 2,000 people across nearly 700 hectares of land. However, creating zero-carbon hydrogen from water requires large amounts of electricity. (guardian)

UK Government announces training funding for green jobs
Thousands of training courses will be rolled out across England to grow a skilled workforce of heat pump and energy efficiency installers, as the government announces winners of the Home Decarbonisation Skills Training competition.
Shining a light on the huge scope for economic growth and job creation in the green energy sector, the £9.2 million funding will offer free and heavily subsidised training opportunities for installers of clean heating and energy efficiency measures.
The funding will see training providers deliver 8,900 courses at accredited centres across England for prospective heat pump and energy efficiency installers. (renewablenergymagazine)

‘Tesco Tinder’: service to help suppliers swap surplus stock
Tesco has launched a new online marketplace designed to allow suppliers to swap surplus stock, and in the process reduce waste and production costs.
Dubbed the ‘Tesco Tinder’, the Tesco Exchange app is being made available to more than 3,500 Tesco suppliers. It works by matching suppliers who have too much of a product, be it crops, by-products, ingredients or packaging, with other Tesco suppliers that need it.
Mirroring similar consumer marketplaces, the online portal allows suppliers to advertise surplus stock for sale, post requests for things they need, and agree sales or donations between each other. (businessgreen)

British nuclear fusion start-up plans $570m reactor
A nuclear start-up attempting to crack the “holy grail” of nuclear fusion is planning a new £500m pilot plant which will also make crucial fuel.
Oxford-based First Light Fusion is examining sites across Britain for a facility that will use fusion to produce both electricity and tritium, an isotope of hydrogen needed to fuel fusion reactions.
A facility would be used to supply First Light’s commercial fusion reactor, which is still under development. (telegraph)

Pininfarina Battista Is World’s Fastest-Accelerating Road-Legal Car
Automobili Pininfarina has released performance figures for the Battista electric hyper GT, and the numbers are outstanding.
In a demonstration at the Dubai Autodrome in the United Arab Emirates where the Battista made its dynamic debut in the Middle East, the all-electric hyper GT celebrated a series of world records recently achieved in the final round of homologation.
The Battista’s performance credentials were recorded and verified at Nardò, in Italy, as part of the vehicle’s global test and development program earlier this year. The official acceleration and braking figures have now been revealed, and they are record-breaking. Thanks in part to its unique launch control technology, the Battista sprints from 0 to 60 mph in 1.79 seconds—that’s quicker than a Formula 1 car!
It goes from 0 to 62 mph in 1.86 seconds, 0 to 120 mph in 4.49 seconds and 0 to 124 mph in just 4.79 seconds. The electric hyper-GT’s top speed is 217 mph. These numbers certify it as the world’s fastest-accelerating road-legal vehicle (insideevs)

Finnish start-up Cactos raises €2.5m for second-life Tesla batteries
Finnish start-up Cactos has raised €2.5 million in equity and debt to give old Tesla batteries new life by turning them into smart energy storage units.
The company operates a fleet of distributed energy storage systems – made from reused Tesla electric vehicle (EV) batteries – and a cloud computing service.
The EV battery modules are disassembled, inspected and tested at the Cactos factory in Muhos, Finland and are converted into 100kWh energy storage units. (futurenetzero)

Europe’s 1st All-Season EV Tyre
The Vredestein Quatrac Pro EV, Europe’s first all-season EV tyre developed specifically for battery electric vehicles and hybrids, was unveiled by Apollo Tyres, the Indian parent company of Apollo Vredestein B.V., and was touted by the company as establishing new norms for grip, efficiency, noise, and environmental impact in this hot new market.
Of course, it has some intriguing features, such as a tougher construction pattern and an asymmetric tread pattern that was developed to handle the typically greater weight of EVs. Additionally, the rolling resistance has decreased by at least 15% in comparison to the brand’s top-performing non-EV dedicated tire, resulting in increased EV driving range and decreased risk of “range anxiety.” Additionally, cornering stability is better and handling performance has improved by 6%. (cleantechnica)

6-Story Mixed Use Building In London Will Be Net Zero Thanks To CLT Technology
Architects today often specify cross-laminated timber — otherwise known as CLT — as the structural material for new buildings.
CLT building materials retain the carbon embedded in the trees they are made from, which avoids the substantial carbon emissions associated with using concrete or steel. They are as strong as steel and are also fireproof. That may seem counterintuitive to some, but we are not talking about 2X4 studs here. These are massive structural items that may char on the outside, but are no more likely to burn than a steel girder.
Foster + Partners is one of the world’s preeminent architectural firms. It is directing the redevelopment of  Queensway in Bayswater, London. As part of that overall plan, it has designed a 6-story mixed use CLT building called The William in honor of William Whiteley, the founder of the nearby Whiteleys department store located on the opposite side of the road. Planning approval for The William has recently been granted.
The William will be Foster + Partners’ first timber office building in London. It is expected to receive a BREEAM Outstanding rating and will be operationally net-zero carbon once completed.
With six floors of office space alongside shops and 32 new homes, 11 of which will be affordable, The William is an integral part of the revitalization of Bayswater, which will offer a further 139 world class apartments, 19 new shops and restaurants, as well as London’s flagship Six Senses Hotel and Spa. (cleantechnica)

Japan weighs up plan to expand nuclear power
In a sweeping change to the country’s energy policy, the prime minister, Fumio Kishida, has announced plans to build next-generation reactors and restart those left idle after the 2011 triple meltdown, in an attempt to end Japan’s dependence on imported fossil fuels and help meet its net zero target by 2050.
Kishida’s “green transformation”, which could include extending the lifespan of existing reactors beyond the current maximum of 60 years, underlines Japan’s struggle to secure an affordable energy supply as a result of the war in Ukraine and a power crunch that has triggered warnings of potential blackouts in Tokyo during this summer’s heatwave.
Most of Japan’s nuclear power plants have remained offline since the Fukushima meltdown, and previous governments indicated they would not build new reactors or replace ageing ones, fearing a backlash from a shaken and sceptical public.
Japan plans for nuclear to account for 20-22% of its electricity supply in 2030, compared with about a third before Fukushima. In 2020 the figure was less than 5%. Just 10 nuclear reactors among more than 30 have been restarted since the post-Fukushima introduction of stricter safety standards. (guardian)

Fusion power is ‘approaching’ reality thanks to a magnetic field breakthrough
Fusion power may be a more realistic prospect than you think. As Motherboard reports, researchers at the Energy Department’s Lawrence Livermore National Laboratory have discovered that a new magnetic field setup more than tripled the energy output of the fusion reaction hotspot in experiments, “approaching” the level required for self-sustaining ignition in plasmas. The field was particularly effective at trapping heat within the hotspot, boosting the energy yield.
The hotspot’s creation involved blasting 200 lasers at a fusion fuel pellet made from hydrogen isotopes like deuterium and tritium. The resulting X-rays made the pellet implode and thus produce the extremely high pressures and heat needed for fusion. The team achieved their feat by wrapping a coil around a pellet made using special metals.
The notion of using magnets to heat the fuel isn’t new. University of Rochester scientists found they could use magnetism to their advantage in 2012. The Lawrence Livermore study was far more effective, however, producing 40 percent heat and more than three times the energy. (engadget)