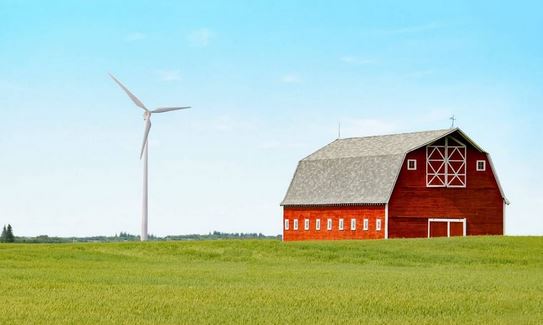 This week has been dominated by politics, so it is with Titbits, although we have tried to keep it light and bite-sized. Our prime minister seemed to do likewise at the Biden Summit, where I suspect he will be remembered for coining the new enviro badge of honour: I am a Bunny Hugger. Greta has quickly picked up on it 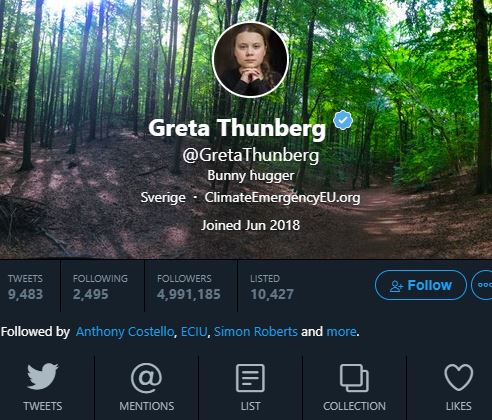 PepsiCo Announces 2030 Goal to Scale Regenerative Farming Practices
PepsiCo, Inc. has recently announced a new, impact-driven Positive Agriculture ambition, anchored by a goal to spread regenerative farming practices across 7 million acres, approximately equal to its entire agricultural footprint in time for Earth Day 2021. The company estimates the effort will eliminate at least 3 million tons of greenhouse gas emissions (GHG) by the end of the decade. Additional 2030 goals within the agenda include improving the livelihoods of more than 250,000 people in its agricultural supply chain and sustainably sourcing 100% of its key ingredients. (thefoodpeople) 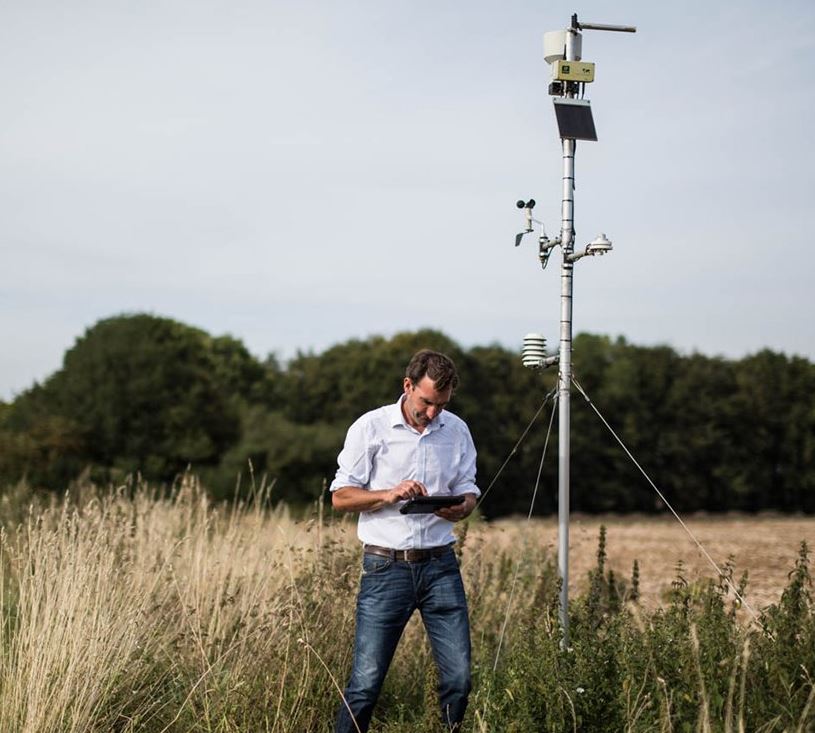 Virgin Money backs Gresham House solar
Virgin Money has agreed a new financing partnership with specialist alternative asset management company Gresham House, the bank’s largest transaction in the renewable sector to date. This relationship will provide Gresham House Solar Distribution LLP with an £18m revolving credit facility, through a flexible funding arrangement, to facilitate the growth of its solar assets.
In line with Virgin Money’s strategy to at least halve carbon emissions across everything the bank finances by 2030, this is the bank’s first major step towards possessing a loan book comprising at least 5% in sustainable lending by FY22. (theenergyst)

Mark Carney to chair ‘Glasgow Financial Alliance for Net-Zero’ ahead of COP26
A new initiative from the US and UK Governments, designed to unite the global financial sector on the net-zero transition, has launched, confirming Mark Carney as chair.
Called the ‘Glasgow Financial Alliance for Net-Zero’ (GFAN), the initiative will bring together banks, asset manager, asset owners, insurers and other providers of financial services in a network designed to unify and strengthen climate ambitions across the sector. Organisers are hoping to bring together 160 firms in the first instance. (edie)

ENGIE partnership with Eocycle-XANT
An increasing number of businesses are looking to generate their own renewable energy on-site. In response to this growing demand, ENGIE, Belgium’s largest producer of renewable energy, has expanded its product offering with a new wind turbine: The EOX M-26 is a mid-sized turbine designed and built by Eocycle-XANT. This technology complements ENGIE’s range of decentralised green energy solutions and enables it to meet the diverse needs of its customers with solar panels and small-, medium- and large-size wind turbines.
The EOX M-26 is ideal for small businesses, agricultural installations and companies using large quantities of refrigeration as well as hospitals. It fits into any scenario that relies on continuous energy consumption and has sufficient space for the turbine and enough distance from residential areas.
The EOX M-26 is a 90kW turbine that can produce on average 260MWh annually. This represents the power consumption of 90 families and a reduction of CO2 emissions by 104 tonnes annually. That is equivalent to removing 52 diesel engine cars from the road permanently. This horizontal axis wind turbine is 51 meters (167 feet) tall at the tip of the blade. Given its size and power, it requires only an urban planning permit for installation. (futurenetzero) 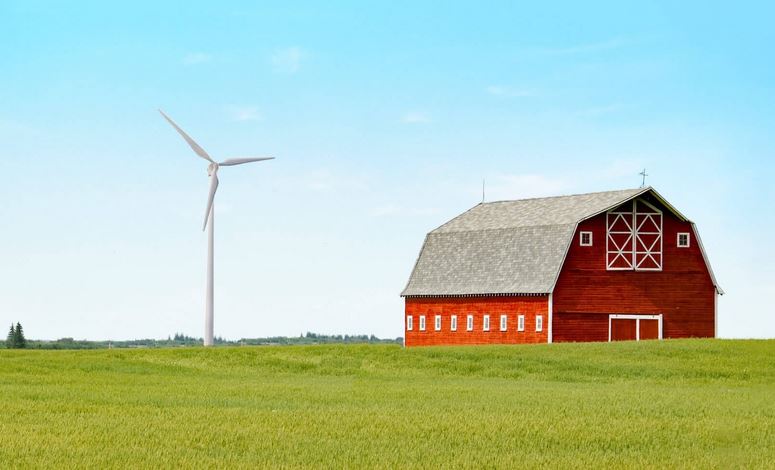 Green Homes Grant: Less than 10% of promised vouchers issued
The Green Homes Grant was launched last summer as part of the Government’s broader green recovery approach. It originally had a £2bn budget and was set to help 600,000 UK homes with the cost of retrofitting schemes to improve energy efficiency.
But, after claiming that the UK’s retrofitting services sector did not have enough tradespeople qualified to conduct accredited works, and receiving many applications from homes that did not meet the accreditation criteria, the Government pulled £1.5bn of the funding earlier this year. The move proved almost universally unpopular.
Now, the Department for Business, Energy and Industrial Strategy (BEIS) has published figures on voucher issuance through to March, when the Grant scheme closed to applications. The figures confirm that less than 10% of the vouchers have been issued to date.
Collectively, just £196m worth of vouchers were issued. These vouchers covered 53,000 households. While applications did peak in March, ahead of the closure, the majority of March applications were rejected. Some applicants are still waiting to hear if they have been successful. (edie)

Cadillac plans to become EV only
Sounds like a sensible ambition if petrol cars are to be discontinued. Even so it is a punchy statement from GM’s premium brand. They backed the call up with the reveal of their first pure EV the Lyric. The concept had received good reviews and, rarely, the production car has not watered down the concept. It is a smooth looking SUV which shares many components with the Hummer EV. It will run a 100kWh battery which should be good for 300 miles of range. To these eyes it should appeal to buyers in its core American market. 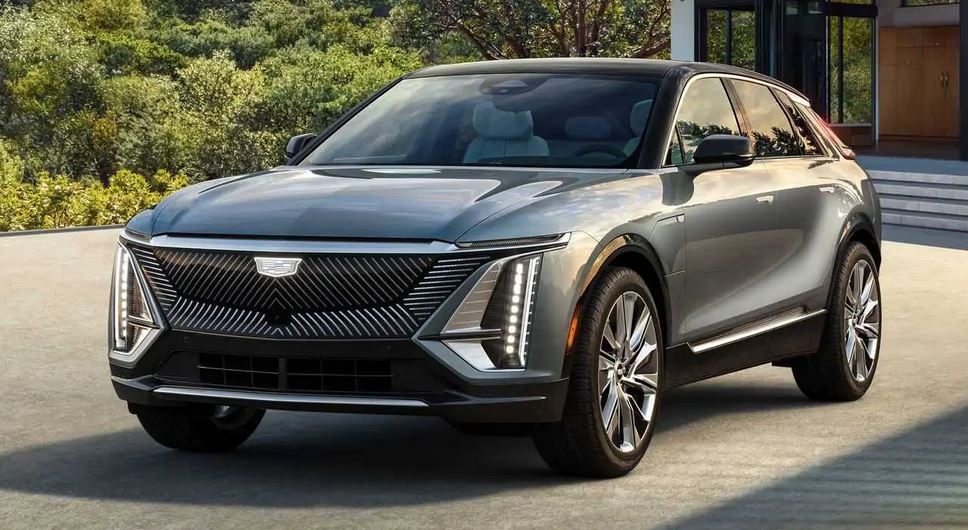 Uniper announces German green hydrogen plans
Under the name ‘Green Wilhelmshaven’, Uniper plans to establish a German national hub for hydrogen in Wilhelmshaven and is working on a corresponding feasibility study.
Uniper is planning an import terminal for green ammonia. The terminal is set to be equipped with an ‘ammonia cracker’ for producing green hydrogen and will also be connected to the planned hydrogen network. A 410-MW electrolysis plant is also planned, which – in combination with the import terminal – would be capable of supplying around 295 000 t or 10% of the demand expected for the whole of Germany in 2030. The generated climate friendly hydrogen will primarily be used to supply local industry, but it will also be possible to feed it into the national hydrogen network. This approach will help to solve one of the key problems of energy transition: security of supply. The NH3 splitting plant for producing green hydrogen would be the first scaled plant of its kind. (energyglobal)

EU Eyes ‘Re-Engineering’ of Global Finance With Green Standards
The European Union’s new standards for classifying sustainable investment will change the way economies operate, divert cash flows and reverberate across the globe, the officials in charge of the new rulebook said.
A labeling system unveiled on Wednesday is nothing short of a “re-engineering of the economy and re-engineering of the financial world,” Mairead McGuinness, the European Commissioner responsible for financial services, said in an interview. “The direction of travel is in one way only.”
Ahead of the virtual climate summit hosted by U.S. President Joe Biden, the European Commission announced a first set of criteria for green investments, which will allow producers of rechargeable batteries, energy efficiency equipment, low-emission cars, wind and solar power plants to earn a formal green label. The Commission also called for a significant expansion of climate reporting requirements to cover some 50,000 companies in the continent. (Bloomberg)

How post-Brexit law making is jeopardising the environment
Since Brexit, environmental policy is increasingly being implemented via statutory instruments (SIs), which have been used to transpose EU law into UK law. They cover almost every aspect of the environment, from chemicals to wildlife to fisheries.
The Greener UK coalition has reviewed over a hundred SIs over the past three years and found some worrying trends: ministers giving themselves greater powers, progress being inadequately monitored and a risk that scientific advice could be squeezed out of policy making.
This central role of SIs to the environment is why Greener UK has had such a strong interest in them.
Weaknesses in Defra’s post-Brexit SIs
One persistent trend is the greater powers given to ministers to change environmental law. For example, new SIs give them new powers over whether and when to ban pesticides, whereas these decisions previously relied explicitly on the latest scientific evidence. In another SI, EU lists of banned substances in food have not been replicated and ministers have been given power over how and when to replace them. Changes like these have made the government less accountable and environmental law making less transparent.
There are other issues. Previously, the European Commission played a role in enforcing environmental law and monitoring member states’ progress. These functions have been lost in translation in many cases. For example, new SIs do not require the government to publish information on fish stock management or levels of air pollution, meaning it is now harder to assess progress.
In many instances, EU specialist bodies like the European Chemicals Agency, the European Food Safety Authority or the European Medicines Agency have been replaced with domestic equivalents, like the Environment Agency and the Health and Safety Executive. To carry out their new level of duties effectively, these authorities need greater funding and expertise.(greenallianceblog)
To see the whole list of issues raised by Greener UK download their paper HERE

The summit is still ongoing as I write this so an incomplete list of bullet points from what is undoubtedly an important meeting:

Thursdays takeaway
The USA sets a goal to cut greenhouse gas emissions by 50% to 52% from 2005 levels
The Rhodium Group said early Friday that using the U.S.-preferred 2005 baseline, America is behind the United Kingdom but right with the European Union. It’s ahead of countries that include Canada, Japan, Iceland and Norway, although comparisons are tricky due to all nations using slightly different base points etc.
The Intergovernmental Panel on Climate Change says the world needs to cut greenhouse gas emissions 45% below 2010 levels to limit warming to the strictest of the Paris agreement goals. Rhodium calculates the U.S. target translates to 49% below 2010 levels.

Friday so far
Jo Biden is looking to talk about how nations will benefit from setting ambitious climate targets, highlighting the job creation possibilities in EV charger deployment, renewables, sustainable farming and promises that the transition will not leave other workers behind

UK, Norway, USA and big companies sign up to LEAF
Britain, Norway and the United States said Thursday they would join forces with some of the world’s biggest companies in an effort to rally more than $1 billion for countries that can show they are lowering emissions by protecting tropical forests.
The goal is to make intact forests more economically valuable than they would be if the land were cleared for timber and agriculture.
Amazon, Nestlé, Unilever, GlaxoSmithKline and Salesforce are among the companies promising money for the new initiative, known as the LEAF Coalition.
An existing global effort called REDD+ has struggled to attract sufficient investment and gotten mired in bureaucratic slowdowns. This initiative builds on it, bringing private capital to the table at the country or state level.
Until now, companies have invested in forests more informally, sometimes supporting questionable projects that prompted accusations of corruption and “greenwashing,” when a company or brand portrays itself as an environmental steward but its true actions don’t support the claim.
The new initiative will use satellite imagery to verify results across wide areas to guard against those problems. Monitoring entire jurisdictions would, in theory, prevent governments from saving forestland in one place only to let it be cut down elsewhere. (nyt)

Stiesdal ‘hot rocks’ energy storage technology in Andel funding boost
An innovative ‘hot rocks’ energy storage system design being developed by Stiesdal Storage Technologies (SST) is heading for prototyping following an investment by Danish power and fibre-optic group Andel of some $12m.
The technology — which heats up pea-sized crushed stones in insulated steel tanks using an innovative pump-based system and releases the stored energy via a turbine to produce electricity – has undergone tests at the Technical University of Denmark (DTU), but will now be trialled at a solar array in the Zealand region on the Baltic Sea, as well being incorporated in a Danish Energy Agency ‘GridScale’ project. (recharge)