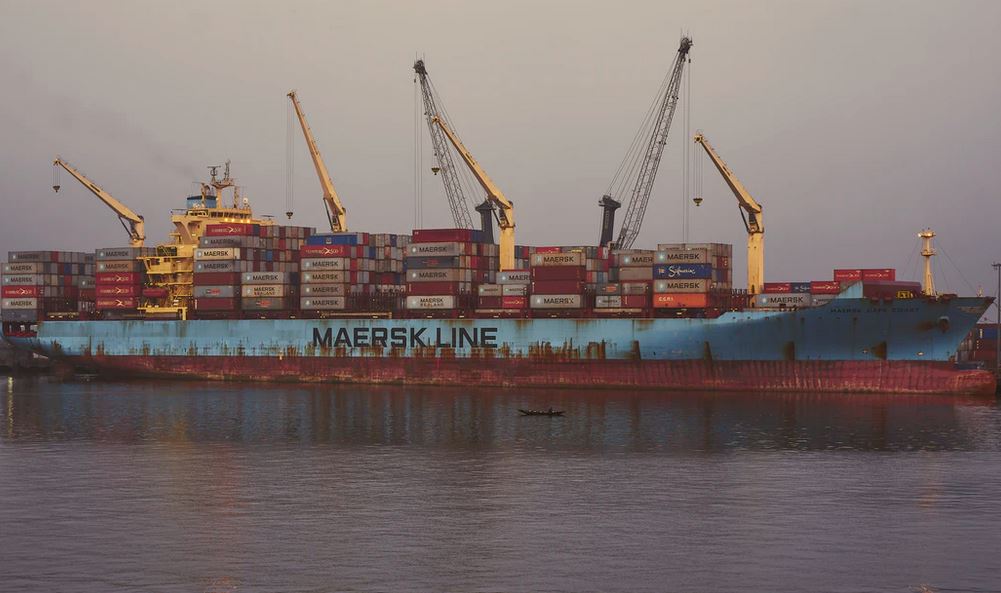 I remember seeing an impressive presentation years ago about the idea of using ammonia as a zero carbon fuel for certain applications. Some ideas take a long time to take hold

Rolls-Royce unveils plans to build 16 mini nuclear plants in the UK
Rolls-Royce is pushing for the UK government to provide a multi-billion-pound pot for its plans to build 16 small nuclear reactors across the country.
The engineering giant is part of the UK’s Small Modular Reactor (SMR) Consortium, along with the likes of BAM Nuttall, Jacobs, Laing O’Rourke and the National Nuclear Laboratory.
In a statement this week, the Consortium said it could have the 16 reactors up and running by the end of 2025 if the Government provides funding and planning permission is granted as a matter of urgency. This move would create 6,000 jobs.
Each of the power stations would cost £2bn to deliver provide up to 440MW of capacity. The Consortium has said that they could be online for 60 years. (edie)

UK considers World Heritage status for Flow Country peat bogs
The Flow Country, a vast expanse of almost uninterrupted blanket bog that stretches over about 4,000 sq km of Caithness and Sutherland – an area larger than Hampshire or Kent.
In several weeks, conservationists hope the heart of Flow Country, an area of about 1,400 sq km of the most pristine peatland, will come a significant step closer to becoming the first peatland globally to win world heritage site status.
Soon the UK government will confirm whether it will ask Unesco to add the Flow Country to an exclusive list that includes the Great Barrier Reef and the Taj Mahal, alongside other British candidates such as Chatham’s historic dockyard and the south Atlantic island of St Helena.
These places are already on the UK’s “tentative” list as candidate world heritage sites, but for climate scientists and UK ministers, the Flow Country’s candidacy could have a profound impact on the global fight to combat climate heating. (guardian)

UK Water industry unveils net zero plan
Water UK’s Net Zero 2030 Routemap sets out the industry’s vision for how water companies – which together produce almost a third of UK industrial and waste process emissions – will play their part in tackling climate change and deliver a net zero water supply for customers by 2030.
It offers a 10-point plan for decarbonisation, including recommendations for government and regulators to help protect customer bills and keep investment costs down while supporting the development of green skills and nature-based solutions.
The Routemap identifies a variety of technologies and initiatives, including producing biomethane from sewage waste, allowing green gas to be injected into the grid to heat up to 150,000 homes and for use as an alternative fuel for transport.
In addition, it identifies the need to develop up to 3GW of new solar and wind generation capacity – enough to meet 80% of the sector’s power demands – restore 20,000 hectares of owned peatland and grassland and plant of 11 million trees as well as the electrification of 100% of passenger vehicles and transition of 80% of commercial vehicles to alternative fuels. (futurenetzero)

Heat Pump Association calls for heating policy revamp
The Heat Pump Association has this week published a detailed report calling for a major shake up of the heating policy landscape designed to put the UK back on track to meet its net zero decarbonisation goals.
Echoing recent warnings from the government’s official advisors, the report reiterates that the UK is making limited progress in its efforts to decarbonise building heating systems, which remain one of the country’s largest sources of carbon emissions. As such, it calls for an overhaul of building policies to help accelerate the roll out of green heating systems such as heat pumps, reduce fuel bills for businessesand households, curb carbon emissions, and foster installer skills.
Specifically, the report recommends introducing a maximum flow temperature of 55C in Building Regulations to be applied to replacement heating systems from 2026. It also suggests introducing into Building Regulations a requirement for Heat Loss Calculations to be carried out for all replacement heating systems from 2026. And it recommends that all heating installers have a low temperature heating and hot water qualification or equivalent, as part of accreditation scheme refresher courses. (businessgreen)

Tesco launches partnership to build three solar farms
Tesco has announced a new partnership with investment and asset management company Low Carbon to build three solar farms in the UK to support its commitment to reaching net zero by 2035.
The solar farms in Essex, Anglesey and Oxfordshire are expected to generate up to 130GWh of energy every year, which is enough to power more than 44,800 homes.
The projects, which are predicted to save 30,308 tonnes of carbon dioxide every year, are part of the retailer’s commitment to using 100% renewable electricity across the Tesco Group by 2030. (futurenetzero)

Vattenfall and Viridor team up for district heating push
Efforts to tackle one of the biggest obstacles standing in the way of the UK’s net zero ambitions moved forward this week, as two leading players in the waste and energy industries joined forces to accelerate the roll out of district heating systems.
Vattenfall and Viridor announced they are to work together to reduce emissions from heating in homes and commercial buildings by linking heat networks to energy recovery facilities (ERFs).
Waste management firm Viridor operates ERFs across the UK, which recover energy from residual waste that cannot be recycled, thereby minimising the quantity that is sent to landfill. Low carbon heating provider Vattenfall is now aiming to work with Viridor to capture heat from these energy recovery facilities, and deliver it through pipes to homes and businesses in the area, providing low carbon and affordable heat. The firms argue that by recycling waste collected from a community into clean heat for that same community they can create a closed-loop energy system. (businessgreen)

BMW reveals the iX premium electric SUV
When the history of the electric vehicle revolution comes to be written, the authors may struggle to work out exactly where to place BMW. They have blown hot and cold: they dived in with both feet by creating a ground up design for the i3, which was radical, but never totally swayed the buying masses. They then took a step back and no model expansion of the i franchise was forthcoming.
Now we see them return t the fray with a long promised full size SUV, not an electrification of the X5 but a whole new car called just the iX. Like the i3 its looks may prove controversial, with a huge grill. BMW joined forces with Epic Games, the makers of the computer game Fortnite to enhance the “interface between design and technology”, however on a more prosaic level the car is likely to have a 350 mile range and feature BMW’s class leading infotainment. The company are promising production will start in 2021

Smelly but smart: ships to use ammonia as “zero-carbon” fuel
To deal with the issue of carbon pollution by ships, several companies and organizations are exploring ammonia as a possible solution.
Ammonia makes a great alternative since it does not contain carbon; the pungent-smelling gas can burn within an engine and power it without emitting carbon dioxide. Due to ammonia’s ability to provide clean energy, several companies are now testing the gas as an alternative fuel.
A German company, Man Energy Solutions, has announced plans to install an ammonia-ready engine on a ship. According to the company, the first model will be dual, allowing the ship to run on traditional gas with an ammonia option. Meanwhile, Eidesvik, a Norway-based company, plans to invest in ammonia-powered ships. By 2023, the company will install ammonia-powered cells on all its ships. Similar to batteries, these cells will generate energy to power the ship’s motor.
Though ammonia is less energy-rich than many other marine fuels, it proves more energy-dense than hydrogen. Hydrogen, another zero-emission gas, has been used to power cars, trains and planes. While cheaper to produce than ammonia, hydrogen presents handling difficulties due to its -253 degrees Celcius storage temperature. (inhabitat)

Shell wants Biden to reverse methane emissions rollback
Shell will push for the reversal of President Donald Trump’s rollback of methane emissions rules and the introduction of carbon pricing when Joe Biden moves into the White House next year.
The easing of direct regulation of methane emissions put the energy industry in a “backwards-facing position,” while the absence of carbon pricing makes it harder to incentivize new technologies like carbon capture, according to the company.
The oil and gas industry, which has long been the target of environmental groups, faces increasing pressure from shareholders managing trillions of dollars to address greenhouse-gas emissions such as methane. Shell joined BP Plc in September in calling for Texas regulators to end the routine flaring of natural gas, a by-product of the oil boom in the shale patch. (energyvoice)

Tiny Atlantic island takes giant leap towards protecting world’s oceans
A community of 250 people on one of the most remote inhabited islands on Earth has made a significant contribution to marine wildlife conservation by banning bottom-trawling fishing, deep-sea mining and other harmful activities from its waters.
The government of Tristan da Cunha, a volcanic archipelago in the south Atlantic and part of the UK’s overseas territories, has announced that almost 700,000 sq km of its waters will become a marine protected area (MPA), the fourth largest such sanctuary in the world.
In doing so, the community will safeguard the area’s wealth of wildlife, including sevengill sharks, the globally threatened yellow-nosed albatross and Atlantic petrel, rockhopper penguins and other birds that live there, and help the UK government achieve its target of protecting 30% of the world’s oceans by 2030.
The UK, which has a duty to protect wildlife found in all its territories, will be responsible for the long-term monitoring and enforcement of this vast area – three times the size of Britain and 2,400km from the nearest habitation, Saint Helena. (guardian)