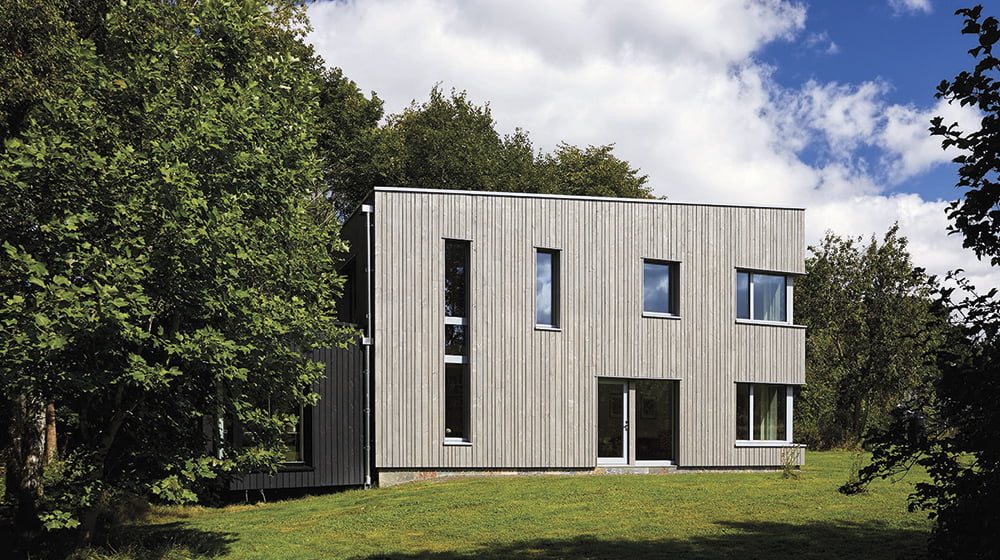 I definitely don’t want to start (another) political debate, but would draw attention to a post on the Green Alliance Blog questioning how effective has been the transfer of environmental legislation from the EU to UK statute book. HERE

Hyundai Motor Group and India-based Ola—one of the world’s largest ride-hailing platforms—announced a strategic partnership under which Hyundai Motor Company and Kia Motors Corporation will make their biggest combined investment to date, as part the Group’s continued efforts to become a Smart Mobility Solutions Provider.
The agreement will see the three companies extensively collaborate on developing unique fleet and mobility solutions; building India-specific electric vehicles and infrastructure; and nurture opportunities and offerings for aspiring driver partners with customized vehicles on the Ola platform. Hyundai and Kia will invest a total of US$300 million in Ola. (greencarcongress)

Greencoat UK Wind has raised £131m through a share issuance that will be used to repay or reduce future draw downs under the company’s revolving credit facility.The company said that following the receipt of the proceeds and completion of the Stronelairg and Dunmaglass acquisitions, Greencoat UK Wind should have £794m of outstanding debt representing approximately 34% of gross asset value. (renews)

UK energy regulator Ofgem on Tuesday announced it is “minded to approve” plans for a subsea electricity cable from Shetland to the Scottish mainland but will likely reject a similar proposal for the Western Isles.
Both projects were developed by Scottish and Southern Energy Networks , part of UK utility SSE. The first one, estimated to cost around £709 million, calls for the construction of a 600-MW subsea transmission line that will export power from new wind parks on Shetland and will also ensure energy security for the islands.
The link is scheduled to be completed in 2024. Its construction, however, is subject to Ofgem’s final approval, which the regulator said will depend on the Viking Energy Wind Farm project, of between 412 MW and 457 MW, securing subsidies through the UK government’s Contracts for Difference (CfD) auction.
Meanwhile, Ofgem “is minded to reject” another 600-MW proposal by SSEN for a transmission line between the Western Isles to the Scottish mainland based on concerns about the cost consumers will have to pay for having “a significantly underutilised link.” Instead, Ofgem said it will support alternative proposals by SSEN, either for a 450-MW link or a 600-MW one but at a reduced cost that “more appropriately protects consumers from the additional costs.” (renewablesnow)

Jaguar Land Rover has installed 166 smart charging outlets for electric vehicles at its Gaydon engineering centre. The outlets are for use by employees to encourage uptake of electric vehicles – because research shows 40 per cent of electric car charging in Europe takes place at work.
Charging points will also be installed in the visitors’ car park, so guests can take advantage of convenient fast charging. This smart charging network is believed to be the largest single installation of its kind in the UK. (electriccarsreport)

Octopus Energy has announced a partnership with Amazon Alexa which will see the supplier’s Agile Octopus tariff integrated with the talk-activated technology.
Octopus says its customers will be able to have “full visibility” of their energy consumption while managing usage via a voice command.
The technology will allow customers to ask Alexa questions such as when their electricity is cheapest or most expensive, enabling them to plan their usage accordingly. (utilityweek)

A new programme has been launched by the government’s Energy Systems Catapult centre to assist small and medium sized businesses (SME) develop low carbon heating and cooling.
The package, dubbed Incubator and Accelerator, offers SMEs support to secure investment for smart energy systems with expertise from the Catapult offered alongside a network of partners to help with business growth.
Applications for the programme are open until 5 April, and the government centre has said that help with modelling services, consumer insights, digital and data services, system integration, business model innovation, market analysis, funding, and technical expertise can all be provided.
The assistance will be offered by the Catapult’s Innovator Support Platform (ISP) with two “Innovator Challenges” announced each year. (edie)

VW own the Bugatti brand and Bugatti president Staphen Winkelmann has dropped hints that they might build a luxury saloon car on the current Porsche/Audi electric platform. The world definitely needs an electric Type 41

In Germany, Consumers Embrace a Shift to Home Batteries

Today, one out of every two orders for rooftop solar panels in Germany is sold with a battery storage system. The home furnishing company Ikea even offers installed solar packages that include storage capacity. Battery prices have plummeted so dramatically that Germany’s development bank has now scratched the battery rebates — covering about 30 percent of the cost — that it offered from 2013 to 2018.
To be sure, 120,000 households and small businesses represent only a tiny fraction of Germany’s 81 million people. But analysts say this recent growth demonstrates the strong appeal of a green vision for the future: a solar array on every roof, an electric vehicle in every garage, and a battery in every basement. Analysts see the embrace of home batteries as an important step toward a future in which low-carbon economies rely on increasingly decentralized and fluctuating renewable energy supplies. To date, electricity storage has lagged far behind advances in solar power, but as batteries become cheaper and more powerful, they will increasingly store the uneven output of wind and solar power, contributing to the kind of flexibility that a weather-dependent source will require. (yale360)

Six months ago Oregon based Arcimoto launched their three wheeled electric FUV (“Fun Utility Vehicle”) to much acclaim. In 2020 they plan to launch a cargo delivery variant which they call The Deliverator. Range will be c100 miles per charge and top speed 75mph. Payload is around 150kg in a space half a cubic meter. Can get plenty of pizzas in there (engadget)

Cargo bikes could be a game changer for London

Cargo bikes can deliver faster than vans, according to a Transport for London trial which could spark a green makeover for goods transportation in the capital.
Not only were they quicker, but the service boasts 90% lower CO2 emissions than even electric vans, including carbon generated in the manufacture of the bikes.
Though other logistics companies have experimented with cargo bikes, this trial signals cycling options are being taken seriously by London authorities. (bright-green)

Passivhaus in the woods

Architype build a Passivhaus in the heart of England

A new two-storey family house, situated within the Malvern Hills, in an Area of Outstanding Natural Beauty in Herefordshire.
Replacing a previous smaller cottage, the new building design is re-orientated to maximise the views toward Herefordshire, the Black Mountains and Brecon Beacons. The house is split level with the lower level, partially dug into the slope, following the site contours. The upper level is rotated 90 degrees towards the south/south-west to maximise solar gain. Flat roofs keep the roof lines to a minimum.
We have designed the new building to achieve the Passivhaus energy standard, significantly reducing space heating requirements whilst improving the indoor air quality.
Quality of materials and local sourcing has driven the design throughout and is reflected in the simple, refined palette that reflects the surrounding vernacular, including UK grown douglas fir timber, local stone, and sedum green roofs. (found via treehugger)

A floating island of solar panels is being tested in Chile as a way to generate clean energy and reduce water loss at mine operations, a cornerstone of the Andean country’s economy that uses huge amounts of electricity and water.
The experimental “Las Tortolas” power-generating island is being run by the giant Anglo American mining company at its Los Bronces mine, and the initiative comes as the government pushes to put Chile at the forefront of renewable energy use in Latin America and the world.
The array floats in the middle of a pond that is used to contain the refuse from mining, known as tailings, and it is expected that its shadow will lower the water temperature and reduce evaporation by 80 percent. Thus, the mine would retain more of that water for its operations and could reduce the amount of fresh water it pumps in the dry mountainous region where water is a scarce commodity. (renewableenergyworld)

German battery storage manufacturer Sonnen expects to see a rapid expansion of its market reach, and battery storage production in its new Adelaide factory, following its purchase by oil giant Royal Dutch Shell.
In a visit to Australia this week, coinciding with a visit by the head of Shell’s New Energies division, Maarten Wetselaar, Sonnen CEO Christoph Ostermann says the company is looking at a dramatic lift in production in coming years.
That would include a doubling in capacity at the new plant installed at the old Holden factory in Adelaide, to help it access the state government’s home battery scheme, and give it the production muscle to match the likes of LG and Tesla. (reneweconomy)

In the wake of Fukushima, Japan’s leaders began talking seriously about renewable energy. The biggest push came from Naoto Kan, a lawmaker with the Democratic Party of Japan who became the nation’s prime minister in June 2010. “We really must reduce our reliance on nuclear power,’’ Goshi Hosono, Kan’s atomic crisis minister, told reporters in July 15, 2011, echoing Kan’s call two days earlier to create a society “where we can do without atomic power.’’
The centerpiece of Kan’s push to ween Japan off nuclear was the passage of legislation to introduce feed-in tariffs to promote more solar, wind, and geothermal.
The impact of the feed-in tariffs, officially put into effect on July 1, 2012, was profound. Utility-scale solar soared more than 100-fold from 370 megawatts in 2010, the year before Fukushima, to almost 38 gigawatts at the end of 2017, according to BNEF. Wind rose from 2.3 gigawatts, to 3.5 gigawatts in 2017. Biomass and waste went from 3.2 gigawatts to 4.3 gigawatts.
Japan’s annual new investment in renewable energy capacity, already starting to pick up even before Fukushima, rose from $7.3 billion in 2010 to a peak of $37.3 billion in 2014. Investment has slowed somewhat since then, but still totaled $17 billion in 2018, behind only China and the U.S., according to the latest figures from BNEF. (bloomberg)
This BNEF chart gives credence to the shift towards renewables:

BMW’s future EVs could outlast the competition by 200 miles

BMW has said that it wants to build all variants of its cars (hybrid, gas, electric) on the same production lines. So, a 3 Series with an internal combustion engine (ICE) will be built right beside one with a battery pack. It relies on the automaker being nimble and that means major changes to how BMW’s EVs are built.
The powertrain will have the motor, single-speed transmission and controller all in one. It’ll first appear in the totally electric iX3 which is scheduled to land in 2020. BMW says it’ll allow the automaker to make adjustments on the fly and “to react quickly to whatever demand is out there,” according to Jan Freimann, BMW manager of Connected eMobility.
What’s interesting is that the motor housed in the unit will create electricity without rare-earth materials or magnets. Your typical electric motor uses magnets, BMW is going without. “it’s a synchronous machine and you use (the) winding of copper to induce a current. That becomes the magnet,” Freimann said.
The batteries themselves will have a potential range of 420 miles (about 200 miles more than what others currently offer) Plus, BMW says that it’ll be able to adjust the chemistry of its battery packs to fit the performance of a vehicle. A sports sedan would be tuned to give drivers the thrill of EV torque while a crossover might be tweaked to favour range over speed.
All of the EV tech that’s going into these future cars is what BMW learned from its Formula E team. In fact, the folks working on the powertrain for the electric BMWs are the same people that built the electron-powered race car. (engadget)