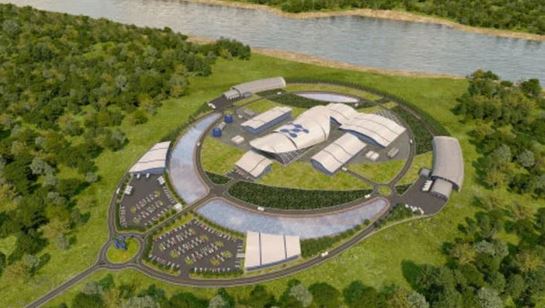 BEIS now predicts that the LCOE of offshore wind will be a mere £57/MWh by 2025. Incredible.

British Gas buys failing supplier Robin Hood Energy’s customer base
The failing supplier, run by Nottingham City Council, has reportedly made around 230 staff redundant.
The deal will see 112,000 residential customers, and 2,600 business customers across 10,000 sites move over once the transaction is completed on 16th September.
Centrica says the customers will be offered a British Gas tariff at the same or lower price to the one they are currently on and supported throughout the move. (energylivenews)

Renewable costs slashed again
BEIS has published its Levelised Costs of Energy (LCOE) calculations for the first time since 2016. The most striking result of the new 2020 report is that BEIS has once again slashed its estimates for the levelised cost of wind and solar power. This is illustrated in the chart, below.
In 2013, the UK government estimated that an offshore windfarm opening in 2025 would generate electricity for £140/MWh. By 2016, this was revised down by 24%, to £107/MWh. The latest estimate puts the cost at just £57/MWh, another 47% reduction (leftmost red column, below).
The new estimates include similarly dramatic reductions for onshore wind and solar, with levelised costs in 2025 now thought to be some 50% lower than expected by the 2013 government report. (carbonbrief)
Download the BEIS report HERE

Giant battery storage project secures site near Bristol
A new 33MW battery storage facility is set to be built near Bristol after a lease was signed this month between land investor Electric Land and Hallen Energy, part of renewable energy firm Voltalia SA.
Voltalia has 1.2GW of solar and wind power already in operation or construction, and a pipeline of 7.8GW, the firm said. But the new project, which will be built at Avonmouth, marks the French Firm’s first battery storage venture in the UK.
It will bring another significant battery storage project to the Bristol area, joining the 15MW Lockleaze project, which was thought to be the UK’s largest stand-alone battery storage facility when it was built in 2017.
Electric Land is part of the London-based fund management business Foundation Property & Capital Group. Foundation Property’s managing director, Ben Lansman, said the project woyuld advance the firm’s broader move into the energy sector. (businessgreen)

The wobble in EV sales is concerning to industry groups
Sales of new battery electric cars have almost tripled to 39,000 in the year to July, but there are signs that demand is falling back. Data from online marketplace Auto Trader show that the average asking price for electric cars fell 5.2% in the year to August.
The SMMT has been calling for the UK government to broaden the subsidies offered to buyers of new electric cars to include plug-in hybrid vehicles. The withdrawal of subsidies from plug-in hybrids last year prompted a furious reaction from the industry, which argues the controversial technology, which combines an internal combustion engine with a battery, is a crucial stepping stone for consumers.
However, environmental groups argue that the best way to accelerate consumer take-up of electric cars is to bring forward bans on internal combustion engines. The government is committed to banning polluting carbon dioxide-emitting engines by 2040, but is considering moving that forward to 2035 or even as early as 2032.
Both the industry and environmental groups are united in calling for a dramatic increase in investment in charging points to make it more attractive for consumers around the country to switch to electric cars.
The UK will require as many as 1.7m on-street electric car charging points by the end of the decade, and a further 1.1m by 2035, in order to allow for a zero-emissions car fleet, according to analysis by the SMMT and consultancy Frost and Sullivan. That would equate to more than 500 new charge points per day over 15 years. (guardian)

Skoda Enyaq iV revealed
Skoda have got very good at designing popular cars from the VW parts bin. Occasionally they have outdone their parent, in many peoples’ view. As VW sit on the cusp of their new electric adventure (the first ID.3’s arrived in the UK this week) Skoda have revealed their first attempt at an EV based on the new MEB platform. They have opted for the SUV style with the Enyaq iV, and it is an impressive looking vehicle to these eyes. It will through down the gauntlet to more than just VW as this is the space all car companies want to own.
The Enyaq iV comes with three battery options, the top one offering over 300 mile range, plus options of two or four wheel drive. Also included is a PowerPass that allows free charging for a year across a lot of Europe’s charging network.
Such is Skoda’s confidence nowadays that they have added a LED lighting bar across the grill, which some commentators have described as “blingy”

French Government to invest €30bn in the green transition
French Government has unveiled a new recovery plan, including a €30 billion investment in the green transition.
That is part of a €100 billion programme, named ‘France Relance’, which is aimed at creating jobs, saving struggling businesses and protecting the environment.
Part of the recovery plan, which aims to support new technologies and renovating processes, involves €2 billion of funding for the hydrogen industry.
It will also allow the reopening of night trains, the construction of 100,000 electric vehicle (EV) charging stations by the end of 2021 and 600 more cycle paths. (energylivenews)

‘War on plastic’ could strand oil industry’s $400bn investment
The war on plastic waste could scupper the oil industry’s multi-billion dollar bet that the world will continue to need more fossil fuels to help make the petrochemicals used in plastics, according to a new report.
Major oil companies, including Saudi Aramco and Royal Dutch Shell, plan to spend about $400bn to help grow the supply of virgin plastics by a quarter over the next five years, to compensate for the impact of electric vehicles and clean energy technologies on demand for fossil fuels.
Industry data has predicted that plastics will be the largest driver of oil demand growth in the coming years but new figures suggest these investments may be left stranded as global governments push through plans to cut single-use plastics and increase recycling to help tackle plastic pollution.
The report by thinktank Carbon Tracker and consultancy Systemiq found that demand for virgin plastics may peak in 2027, as its growth slows from 4% a year to 1%, strengthening the theory that global oil demand may already have reached its peak in 2019. (guardian)
Download the Carbon Tracker report HERE

Carbon Tracker estimate that the cost of all “untaxed externalities on society” relating to plastic come to roughly $1,000 per tonne ($350bn per year) as shown in the graph below:

Student designs inflatable bamboo greenhouses for sustainable farming
University of Westminster Master of Architecture student Eliza Hague has proposed an eco-friendly alternative to the plastic-covered greenhouses commonly found in India. In place of the polythene sheeting that is typically used to cover greenhouses, Hague has created a design concept that uses shellac-coated bamboo. If applied, the weather-resistant and durable bamboo-shellac material would give the greenhouses a beautiful, origami-like effect and cut down on the excessive plastic waste generated by polythene sheeting.
Hague minimizes the environmental footprint of her design proposal by using locally sourced bamboo and natural resins extracted from trees. The paper-like bamboo covering is coated with shellac resin for weather-resistance. Hague also took inspiration from the Mimosa Pudica plant in redesigning the greenhouse structure, which would be built with collapsible beams and “inflatable origami hinges” so that the building could be flat-packed and easily transported. Once on site, the greenhouse would be inflated with air, covered with the bamboo-shellac material and fitted with expandable black solar balloons that would sit between the infill beams and cladding for the hinges to promote natural ventilation. (inhabitat)

1.5GWh of ‘Made in America’ zinc batteries joining Texas, California grids
Agreements to deploy 1GWh of novel aqueous zinc battery energy storage in Texas and 500MWh in California have been struck by technology provider Eos Energy Storage, marking a massive scale-up in expected installations for the systems.
Eos Energy Storage said in a press release yesterday that its long duration zinc hybrid cathode batteries, which are best suited for 4-6 hour discharge but have the flexibility to go to higher power and longer run-times through de-rating power, have been ordered by ‘technology agnostic’ power producer International Electric Power for 1GWh of projects to be connected to the grid run by the Electricity Reliability Council of Texas (ERCOT).
A second customer, Carson Hybrid Energy Storage (CHES), has ordered Eos’ zinc batteries for the full capacity of a 500MWh energy storage facility in the Los Angeles Basin. CHES will use the zinc batteries to store surplus solar that otherwise would be curtailed and unused, while also easing congestion on transmission lines.
Eos not only makes and supplies the batteries but also the integrated AC Battery Energy Storage System (BESS) that the customers require to connect them to the grid and to other energy resources such as solar and wind. The company claims its battery systems are non-flammable as well as made from widely-available, recyclable materials and as far back as 2017 was claiming solar-plus-storage with 4-hour discharge could be possible for as low as US$0.10 per kWh using the technology. (energy-storagenews)

Alabama Power’s Discriminatory Solar Charge Moves Forward, Gets Increased
On Sept 1, 2020, the Alabama Public Service Commission dismissed a challenge against Alabama Power’s discriminatory solar charge, which, since 2013, has limited the rights of Alabama homeowners and businesses to create solar power on their own properties and reduce their electric bills.
Over two years after the Southern Environmental Law Center (SELC), on behalf of Gasp, and Ragsdale LLC, on behalf of two private Alabama citizens, initially challenged Alabama Power’s unjust rate treatment of solar customers, the Commission has granted the utility’s motion to dismiss the original complaint and approved its proposal to increase the existing charge.
Recent decisions in other states have come to a different result. Those decisions have often rejected, or required a review of, these types of charges. For example, the Alabama Commission’s decision follows a recent ruling from the Kansas Supreme Court to strike down a similar solar charge as discriminatory. (cleantechnica)

US greenlights ‘first-ever’ small commercial nuclear reactor
The US Nuclear Regulatory Commission has given the go-ahead for Portland-based NuScale Power’s application for a small modular reactor.
The plant will comprise of 12 reactors, will produce about 600MW of electricity and will supply energy for electrical generation, district heating, desalination and other process heat applications.
The first of the reactors will be built in 2029 with the rest in 2030. (energylivenews)