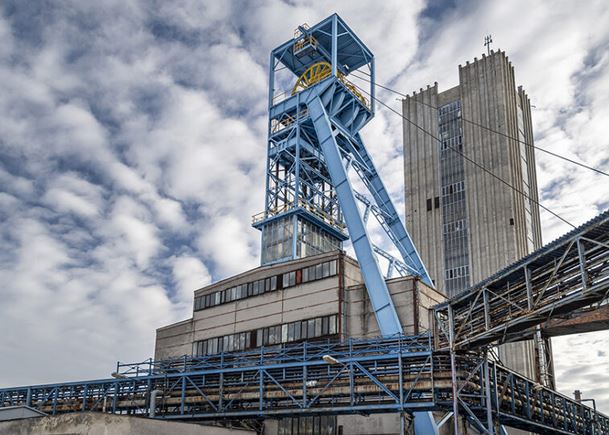 Encouraging to start the year with record levels of wind generation in the UK. Good news, but might it be seen as a metaphor for some turbulence to come? There are plenty of challenges ahead as highlighted in the Focus section below.

Port of Leith switches on new shore power connection
A new shore power connection has gone live at the Port of Leith near Edinburgh, making it the first large, mainland commercial port in Scotland to provide an electricity connection to moored ships as an alternative to using fossil fuel generators.
Forth Ports, the port’s owner and operator, said the announcement demonstrated the company’s “commitment to reducing its own carbon footprint as well as that of its customers”, as none of the electricity it provides from the shore is sourced from fossil fuels. (businessgreen)

Gravitricity looks to mine shafts for hydrogen storage
Inertia-based power storage pioneers Gravitricity are positing steel-lined mine shafts and rock piercings nearly 400 metres deep as storage tanks for Britain’s soon-to-be-abundant hydrogen.
The Edinburgh-based proponents of big weights – pictured – falling to make instantaneous power have signed up a French construction firm to explore Britain’s re-purposed mine shafts and new drillings as solutions to the nation’s future storage needs for the gas.
Gravitricity posits re-purposed mine shafts as a “Goldilocks solution”,  a middle way for high-volume storage neither as expensive as empty oil strata offshore, and neither as geologically sparse as onshore salt caves.
A new or re-conditioned shaft 365 metres deep and six in diameter could, when lined with steel, hold 100 tonnes of H2 at 220 bar, or so Gravitricity reason. (theenergyst)

This week it is the annual CES show in Las Vegas, where the tech industry goes to show off, although probably in a slightly subdued way this year. There are always a smattering of EV’s there keen to show off car-tech. Here are three that caught the media’s attention:

1. The Sony-Honda jv showed off the a new prototype and a new corporate name called Afeela.
This is different from the first concept shown last year. As predicted the car looks sleek and is filled with screen based technology.

2. VW show off ID.7
VW managed to create a stir with this one thanks to the extraordinary camouflage job for the concept’s paint. This car is pitched squarely against the Tesla Model 3 and will have a notably more luxurious interior than that of the ID.3 & ID.4. It was also noted that VW are claiming a massive 450 mile range for the long range version, which is interesting.

3. BMW introduce the i Vision Dee concept
This is meant to highlight the direction of the next generation of BMW electric cars which they are calling  “Neue Klasse,” German for “New Class.” The styling is very stripped down and it concentrates of what BMW believe will be the car of the future’s interaction with drivers. The car is able to change moods through lighting etc and has no screens, just using complex windscreen displays.

RWE and Equinor strike big hydrogen deal
RWE and Equinor have struck a deal to transport green and blue hydrogen from Norway to Germany with a new pipeline.
Equinor has stated its desire to invest in 10GW of hydrogen production capacity in Norway by 2038 – with a portion of this now set to be transported to Germany through RWE.
Both companies have also agreed to invest in offshore wind to produce green hydrogen in both countries – with a 300MW facility already being built in the North Sea. (energylivenews)

Porsche says its hydrogen engine smashes V8
Porsche claims its newly developed prototype hydrogen engine can do everything its 4.4 litre petrol engine can – with close to zero emissions.
The engine has been developed using data from the petrol V8 – to ensure that it can compete and even outdo the gas guzzling competitor.
Four new turbochargers have been developed by the German carmaker that work with hydrogen, with the company now deciding which is best using a pros and cons elimination process.
Using a digital simulation, the manufacturer has found that its hydrogen engine can go pound for pound with the petrol V8 – reaching a top speed of 162mph with an output of 440KW.
Emissions are not the only saving from the green alternative – as Porsche reveals that hydrogen can also be 5% more efficient in terms of consumption than general gasoline.
At this moment the hydrogen engine remains a digital creation and yet to be physically tested. (futurenetzero)

FOCUS ON: BNEF Review of 2022 in five charts

This is a useful snapshot of where we are (see whole article HERE. What these charts clearly tell us is that the road to net-zero by 2050 is still very hazardous. Charts 1 & 2 deliver reasons for optimism but charts 4 & 5 below throw up serious challenges to the route map:

1. Renewables are continuing to get cheaper, undercutting fossil fuels
Let’s start with the good news. Renewable energy has been getting ever cheaper to produce thanks to improved technology, economies of scale and stronger supply chains. The so-called levelized cost of electricity, or LCOE, for solar and wind projects has fallen by at least 60% versus a decade ago.
Inflation did make its mark this year as raw materials, freight and financing all became more expensive. Nonetheless, with fossil-fuel-powered generation also being squeezed by high commodity prices, renewables have retained their competitive edge.

2. Clean energy capacity is growing, but not fast enough for net zero
Coal and gas remain the number one and two sources of power globally right now. But BNEF’s Economic Transition Scenario – which is driven by the economic competitiveness of technologies and assumes no new policies are introduced – sees combined electricity generation from wind and solar overtaking gas in 2024 and leapfrogging coal in 2028.
However – and here’s the bad news ­– based on current trends, the anticipated growth in wind and solar projects won’t be enough to reach net-zero emissions by 2050

3. Peak fossil fuels won’t be enough if consumption doesn’t fall dramatically
No one said that ditching fossil fuels would be easy. Europe, for example, is seeing just how difficult it is to kick a longstanding dependence on gas, particularly with winter now having started in earnest. Still, looking at the bigger picture, the growing penetration of renewables and rise of electric vehicles could see the consumption of coal and oil peak this decade, and gas use reach its pinnacle in the early 2030s.
But here’s the ugly stinger. That trajectory would only see global emissions fall by 29% between now and mid-century, with over 24 billion metric tons of carbon dioxide still being spewed out unabated in 2050. Such a pathway would put the world on track for 2.6 degrees Celsius of warming above pre-industrial levels, failing to meet the goal of the Paris Agreement to limit the temperature increase to “well below” 2 degrees Celsius.

4. Carbon markets key to the pivot from fossil fuels, but prices need to rise
Carbon pricing could turbocharge the shift away from fossil fuels by incentivizing the adoption of cleaner alternatives.
The World Bank estimates that a carbon price of $50 to $100 per ton of CO2 is required by 2030 to meet the temperature goals of the Paris Agreement. However, only the European Union, UK and New Zealand currently have prices within or above this range. In China, the world’s largest market in terms of emissions covered, prices are languishing below $10 per ton.

5. Batteries haven’t been immune to the inflation crisis in a blow to EVs
The volume-weighted average price increased by 7% in 2022, to $151 per kilowatt-hour, according to BNEF’s annual survey.
Falling battery prices are crucial to accelerating the adoption of EVs, as well as energy storage to complement the rollout of intermittent renewables. For EVs, $100 per kilowatt-hour is the point at which they are expected to hit price parity with gasoline and diesel cars. BNEF now forecasts this threshold won’t be reached until 2026, two years later than previously anticipated.

Falling Solar Panel Prices In China Will Impact Countries Around The World
Polysilicon is the most expensive component of a traditional solar panel. Recently a glut of the stuff has led leading Chinese solar panel manufacturers like Longi Green, TCL Zhonghuan, and Tongwei to lower their prices by as much as 27%. This couldn’t come at a better time for Europe, which is racing to install large numbers of solar panels to offset the loss of cheap methane from Russia.
According to the South China Morning Post, the reduction in solar panel prices by Chinese manufacturers is expected to stimulate demand globally, particularly in Europe. A slowdown in domestic demand as the result of the resurgence in Covid infections in China is largely responsible for the decrease in demand, according to the China Silicon Industry Association. (cleantechnica)

Form Energy to build first “iron-air” battery plant in Virginia
Form Energy – which claims its technology can store massive amounts of renewable energy for days at a time at costs far below other alternatives – will build a $760m debut plant in Weirton in the US state of West Virginia, the company said.
Form Energy has over the last few years attracted an array of high-profile investors including Breakthrough Energy Ventures – itself backed by Microsoft billionaire Gates, Amazon tycoon Bezos and Virgin founder Branson – along with the likes of steel giant ArcelorMittal.
The company is billing its scalable, modular technology as the answer to one of the biggest challenges facing the energy transition – how to store renewable energy for long enough periods to compensate for prolonged high demand, or low wind and solar generation, timescales beyond the range of lithium-ion batteries that can do the job for shorter durations. (rechargenews)

New Israeli semi-transparent solar panel boosts yields for farmers
New solar cells could help Israel exceed its renewable electricity production target while making farming more productive.
The new cells are expected to have much lower production costs than silicon-based photovoltaic cells, and will also significantly improve cultivation conditions in greenhouses by reducing heat and lowering greenhouse gas emissions.
The new solar cells are based on perovskite crystals and are produced in a relatively straightforward process using cheap and available materials.
A chemical substitution makes the solar cells transparent to the most efficient area of the light spectrum that drives photosynthesis, while a great part of the rest of the light energy is transformed into electricity. (energylivenews)

New solar-powered robots will clean up Argentina’s waterways
La Plata National University and waste management company Recyclamar Pampa Argentina partnered for the project. The brainiacs at the university’s Institute for Research in Electronics, Control and Signal Processing (LEICI) tackled the complex engineering, including making models and controls and applying algorithms for onboard sensors.
The new robots can clean surface waste down to about 16 inches deep — just the right depth to round up discarded bags, bottles, microplastics and even floating hydrocarbons, the major pollutants in waterways. The robots will be deployed in ports, rivers and lagoons. (inhabitat)

Researchers in China create device to directly split seawater to produce hydrogen
The team uses a concentrated potassium hydroxide electrolyte solution to dip the electrodes, and a porous membrane helps to separate the electrolyte solution from seawater. The fluorine-rich membrane blocks the liquid water but lets the water vapor pass through.
During electrolysis, water in the electrolyte solution gets spit into its constituent components. This results in a pressure variation between the electrolyte and the seawater, causing the latter to evaporate. At the same time, the water passes through the membrane into the electrolyte and turns back into liquid water, replenishing the stock for the next cycle.
The researchers are positive that their device, along with producing hydrogen, will also be able to recover lithium from the seawater. Further applications of the device extend to activities like cleaning industrial freshwater. (interestingengineering)