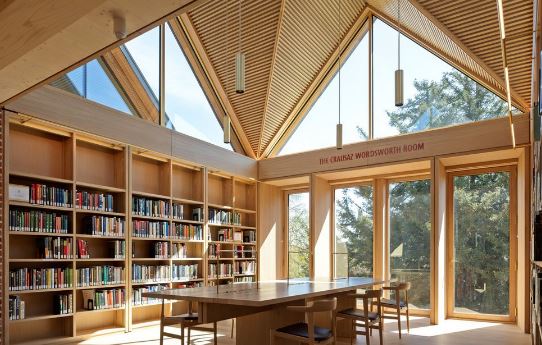 Jacob Rees-Mogg had a lot to say about renewables this week, and was accused of talking in a “word salad”. Actually I think there was some sense in what he was trying to say, which was that the Government was trying to encourage renewables owners who have assets on the old ROC and FiT based tarrifs to accept a switch to long term CfD contracts. Clearly this wouldn’t mean much to the average voter, but to me it suggests that he has struggled to sell the switch so far as the terms were too onerous, so now was instigating the Windfall Tax/Not a Windfall Tax to try and push them to the negotiating table. It makes sense for operators to look at this but clearly persuading many small operators to make the switch without obviously attractive terms may be hard.

I admit that may have this all wrong of course and it was just word salad. So hard to tell about anything nowadays.

Balance Power, TagEnergy partner to develop and manage 500MW of BESS
Balance Power and TagEnergy are set to capitalise on the growing interest surrounding energy storage with the firms having partnered to build, own and operate 500MW of battery energy storage system (BESS) projects across the UK.
Running alongside this partnership, the two firms will invest over £300 million in order to construct the projects over a period of four years. (solarpowerportal)

UK professors say hemp can make Scotland’s agricultural sector carbon-neutral
Hemp has the potential to make Scotland’s agricultural sector carbon neutral as well as providing “huge” economic benefits, a new report has found.
Scientists say that hemp has many uses, including offsetting carbon dioxide, as a food, and as an eco-friendly fertiliser and pesticide.
It is currently being used in building materials, as a biofuel, textile fabric and even as an alternative to plastic.
The report from the University of Aberdeen’s Rowett Institute and Scotland’s Rural College (SRUC) and the Scottish Agricultural Organisation Society analysed the supply chain for hempseed and fibre in Scotland using data collected from farmers in the northeast of Scotland.
The authors of the report found that the supply chain for Scottish-grown hemp is underdeveloped – they also note that the supply chain is exposed to stringent legislation and lack of technical support and investment.
They suggest that hemp could also be used as a carbon credits crop. (futurenetzero)

UK floating turbines bob to all-time high
British investment in floating offshore wind schemes has hit record highs, buoyed by worldwide enthusiasm for the technology, a report out today reveals.
Experts at RenewableUK, once known as the British Wind Energy Association, calculate that the UK’s pipeline of non-embedded turbines has increased from 23GW a year ago to over 33GW.
Projects operating or under development have risen from 29 in late 2021 to 51 now. Intended or achieved structures are being developed all around our coastline, in Scottish or English patches of the North Sea, in the Celtic Sea between Wales and Cornwall, and the North Atlantic.
Britain’s floating farms already operating include the 30MW Hywind Scotland, the world’s first floating installation 20 miles off Peterhead, and generating since 2017.  It was surpassed in 2020 by the world’s largest, the 50MW of built structures in the Kincardine farm off Aberdeen.
Today’s figures confirm the oft-repeated “Britain as the Saudi Arabia of wind” boast, but specifically in the context of non-embedded marine turbines. (theenergyst)

Polestar 3 new/beautiful/expensive/elusive
I received emails this week telling me that the new Polestar 3 was to be launched and that the new Battersea Polestar store was opening tp coincide with the opening of the Battersea Power Station mall. Like quite a few others I assumed that the two events were linked so jumped on my bike to take a look and inflict on you a selfie with one of the new SUV’s. However, when I got to the store, not a “3” to be seen, at least not until June.
Never mind. Despite the poor PR I still rate Polestar highly. The 3 is a high end large SUV that looks great, is fast, has range of 305 miles allegedly. It costs an eye watering £80,000 which pitches it against the Porsche Taycan, Audi e-Tron and base BMW i-X. Can it justify the price? Maybe, but this launch model is loaded with every kind of sensor to help/hinder the driver. I assume that, as with the Polestar 2 a more prosaic version will appear in time, which will be needed to fend rapidly increasing compatition from the likes of Fisker and a host of Chinese such as Nio, Xpeng and BYD.
As for Battersea Power Station, re-opening after 250 years and one inflatable pig? Think Westfield meets the Tate Modern, which may or may not be a meeting the world really needs.

Greece runs entirely on renewables for the first time
On Friday the 7th of October, for a period of around five hours, the country was running off entirely renewable power, reaching a record high of 3,106MWh at eight o’clock (GMT).
Renewables made up 46% of Greece’s power mix in the eight months to August this year, according to Greek climate think-tank The Green Tank, which was up from 42% in the same period in 2021.
Indeed, the EU’s executive arm, the European Commission, has approved a €2.27 billion Greek scheme to support 4.2GW of installed renewables capacity in the country after assessing it in the context of EU state aid rules.
The scheme is intended to support electricity produced from various renewable energy sources including solar PV and solar-plus-storage in and outside Greece.
The country is targeting 25GW of installed renewables capacity by 2030, up from around 10GW today. (pv-tech)

I have adapted this from a report by Emily Koh and George Loumakis from Glasgow Caledonian University for the Renewable Energy Institute. Full Abstract HERE

The Green Potential of Singapore’s Energy Industry
Singapore is one of the richest countries in the world, ranking third by GDP per head. However, unlike other rich nations Singapore’s efforts to decarbonise its economy are underwhelming. It claims that renewables will contribute 8% of its electricity by 2030, which hardly sits well with it being a signatory to the Paris Accord. Singapore also plans to continue to build its position as a global leader in oil, gas and bunker fuels trading.
Based on the future outlook, it seems that Singapore’s efforts are not likely to improve its Climate Action Tracker ratings. The IPCC recommended slashing net emissions to 45 percent from 2010 levels by 2030 and achieve net zero by 2050. Singapore is a signatory of the Paris agreement having ratified it in 2016. As it stands, its government aims to reach peak emissions in 2030 and halve these by 2050, with a vague goal of achieving net-zero emissions in the second half of the 21st century. The following solutions can help to bridge the gap between current efforts and the goals set by the IPCC.
1. Scaling up floating PV
Floating PV has been successfully tested on Tengeh Reservoir, and is said to generate 2.5MWp/ha. This suggests that if rolled out on similar lakes Singapore might generate 4.6GWp from floating wind
2. Renewable energy imports
A study revealed that this high fossil fuel dependency is due to the uneven distribution of renewables throughout its geographical region, high capital cost involvement of renewables generation, and the lack of transmission expansion planning by ASEAN countries for remotely located renewable generators. Demand for renewable energy from Singapore along with significant investments could spark the growth of a heavily underutilised industry in South East Asian nations.
Contingent on the successful construction of a regional ASEAN power grid, about 1.48 TW of renewable energy potential could be harnessed and transmitted across the region. The biggest sources are onshore wind and hydropower with 947 GW and 353 GW of potential respectively.
3. Investing in the hydrogen economy
Titbits has reported before on some plans to generate green hydrogen in northern Australia and either ship or pipe it to renewables light countries such as South Korea, Japan and Singapore. BP and its solar joint venture Lightsource BP are also exploring a potential green hydrogen plant in Australia powered by 1.5 GW of wind and solar.
4. Electrify transportation
Singapore’s government has committed to a 100 per cent cleaner energy public bus fleet of electric or hybrid vehicles by 2040. The current bus fleet in Singapore is around 5,800 vehicles.
The number of cars in Singapore is regulated. There are only 600,000 cars in Singapore. If all the busses and cars were replaced by electric equivalents, the electricity grid, if expanded with floating wind etc should be able to cope with the demand without too much stress.

RIBA Sterling prize 2022
A university library described as the ‘epitome’ of sustainable construction has been recognised with the UK’s most prestigious architecture award.
The Royal Institute of British Architects (Riba) has named The New Library of Magdalene College in Cambridge the winner of the 2022 Riba Stirling Prize.
Set within the college grounds in central Cambridge, the modern 24-hour library was designed by Niall McLaughlin Architects with a brief to create a building designed to last 400 years.
Sustainability was high on the agenda, and the brick structure creates a passive energy system that minimises energy use through a grid of chimneys which support the floors and bookshelves while carrying warm air upwards to ventilate the building.
Its timber structure also reduced the carbon embodied in its construction, and high, vaulted windows allow natural light to flood in. (dailymail)

Honda Announces Major EV Manufacturing Investment In Ohio
45 years ago this week, Honda announced its first factory in America, a motorcycle assembly plant in Marysville, Ohio. Today, it has 12 factories in the US, but it has returned to Ohio to kick off its latest foray into making electric vehicles. At a press conference with Governor Mike DeWine, Honda and battery partner LG Energy Solution said that together they will invest $4.2 billion and create a combined 2,527 new jobs in Ohio between the establishment of a new EV battery factory in Fayette County and the retooling of existing Honda plants in Union, Logan, and Shelby counties for electric vehicle production. (cleantechnica)

World’s first carbon-eating concrete blocks are close to commercial use
Now, with the global market in green building materials expected to surpass 711.06 US billion dollars by 2030 (from 270.26 billion dollars in 2020), concrete users concerned with the environmental impact from cement are looking for reliable materials that allow them to reduce cement use.
One Montreal-based technology company, called CarbiCrete, is doing just that by producing an alternative concrete that absorbs carbon dioxide instead of releasing it into the atmosphere.
Cement, or more specifically Portland clinker, acts as a bonding agent in concrete, and is a major source of global carbon dioxide emissions. During production, limestone (CaCO3) is “calcinated” at high temperatures in a cement kiln to produce lime (CaO), leading to the release of waste CO2.
In addition, the process requires a very high heat, or around 1,400 degrees Celsius, often generated using a fossil fuel source to heat the limestone. The limestone disintegrates under the heat, releasing more carbon dioxide.
Carbicrete aims to change that by commercializing a process enabling cement-free, carbon-negative concrete production. Its patented carbon removal technology uses industrial by-products and captured carbon dioxide.
the process is identical to that of cement-based concrete-making with two key differences.
One is that ground steel slag, a by-product of steel-making, replaces cement in the mix, which acts as the binder. Additionally, the concrete is cured with CO2 instead of heat and steam in a specialized, sealed absorption chamber, where the curing can occur.
During this carbonation process, the CO2 is permanently captured and converted into stable calcium carbonates, filling the voids of the matrix to form a dense structure and giving the concrete its strength. (interestingengineering)