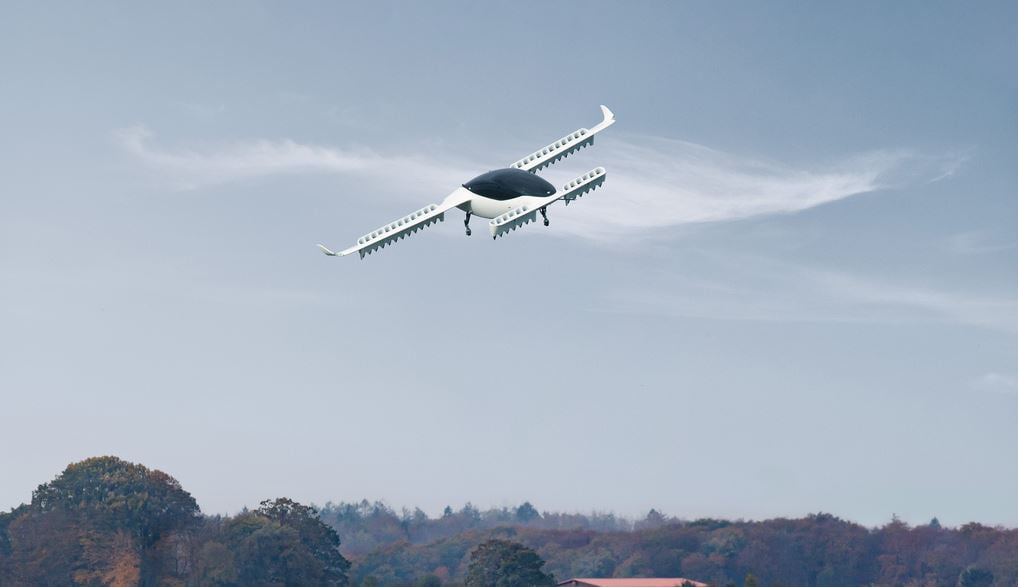 We have been waiting for a report that can finally put to bed all the arguments against spending money on clean energy: The University of California Berkeley report described below puts the case in the clearest possible terms: by 2035 (not 2050) the USA could reduce 90% of its carbon emissions AT NO COST TO THE CONSUMER (excuse the shouting)

Baillie Gifford invests $35M in flying taxi startup Lilium
The Munich-based company Lilium has received a $35 million investment from Baillie Gifford, one of the largest external investors in Amazon, Tesla, SpaceX, and other technology success stories. This extends the company’s current funding round to more than $275 million, and the total investment to date to more than $375 million.
The startup, which specializes in air taxis, made waves last year with the maiden flight of its five-seater Lilium Jet electric aircraft. The company plans to launch its commercial service in 2025 and by then hopes to build hundreds of aircraft each year. (inceptivemind)

UK emissions trading link must not undercut EU carbon market
The European Union has refused to link its Emissions Trading System (EU ETS) to any new corresponding British scheme without guarantees that it would not undercut the bloc’s carbon market, said diplomats and officials familiar with ongoing Brexit talks.
The UK presented plans this month to launch its own emissions trading system from 2021 when Brexit materialises. Britain said its system could be linked to the EU ETS one “if it suits both sides’ interests”.
Currently, Britain’s long-term emissions targets match the EU’s ambitions and its proposed new ETS would have a cap on emissions tighter by 5% than Britain’s EU quota.
But London has been unwilling to include binding climate commitments in the new EU-UK deal, while Brussels wants guarantees that one party could not gain an unfair competitive advantage through future decisions on carbon pricing – a “level playing field” principle the EU is pursuing across other policy standards from labour to state aid. (reuters)

Wales to play host to Gigafactory and marine energy hub
The green light has been given to a new £60m marine energy project in Pembrokeshire, in the same week that battery giant Britishvolt has unveiled plans to build a new Gigafactory in Wales.
A £60 million marine energy project that will help tackle climate change while reviving Pembrokeshire’s economy in the wake of Covid-19 has been given the green light.
The marine energy project, approved by both the central UK Government and the Welsh Government this week, will see a 90 sq km testbed for emerging devices created within the Milford Haven Waterway.
The facility will be overlooked by a Marine Energy Engineering Centre of Excellence – a research and development and education centre delivered by the Offshore Renewable Energy Catapult.
It is hoped that these two facilities will create more than 1,800 jobs for the region over the next 15 years and contribute more than £73m to the economy on an annual basis within the same timeframe. Redevelopment of land on the dock in line with the project has also been approved. (edie)

Smarter grid could have save £133m during lockdown
Smart electric vehicle (EV) charging and other intelligent energy systems could have saved as much as £133 million in electricity grid costs during the coronavirus lockdown period if they were more widely adopted.
That’s the suggestion from the Flexibility First Forum, which includes organisations from across the cleantech industry such as Kaluza, Octopus Energy, Centrica, E.ON, Moixa and the Solar Trade Association – the group has written to Ofgem to highlight the benefits that could be unlocked across the UK by a more intelligent energy system.
Abundant renewable generation and record low energy demand created balancing challenges during the lockdown, leading to National Grid increasing balancing costs by £500 million this summer – these extra charges will ultimately be paid by consumers as part of their energy bills.
This is largely a result of legacy solutions currently being required to balance the grid, such as paying renewable generation to switch off when it is not needed – the Flexibility First Forum advises technologies such as EVs, smart electric heaters and home solar batteries are able to intelligently use power during periods of low demand and could be helping to create a more resilient, lower-cost system. (energylivenews)

Silo incident at Hinkley Point releases huge dust cloud over area
An investigation has been launched after a silo at Hinkley Point C sustained “structural damage” and released a huge dust cloud in an incident on Wednesday morning.
The tower is a 35-metre high structure weighing 5,000 tonnes and is based at the concrete batching plant of the nuclear power station development near Bridgwater.
The silo, which contains ground granulated blast furnace slag, is described as “important” and plays a “pivotal role” in the station’s construction by reusing the material within its concrete.
The tower suffered “structural damage”, releasing a dust cloud over the area. (somersetlive)

BMW spotted testing the iNext
BMW is working on a technological flagship code-named the iNext, which the automaker previewed in 2018 with the Vision iNext concept (below) and has since confirmed is coming in 2021.
Test mules have been spotted testing in Germany.
The iNext is a battery-electric crossover SUV similar in size and shape to the X5. The roofline is lower, though, for a more aerodynamic profile, and the face of the vehicle should sport a unique treatment likely with a sealed-off grille. Inside should be adequate space for five adults. (motorauthority)

Norsk e-Fuel plans plant to turn carbon dioxide into aviation fuel
Norsk e-Fuel is planning to build Europe’s first commercial plant for hydrogen-based aviation fuel in Norway.
A new European industry consortium, made up of Sunfire GmbH, Climeworks AG, Paul Wurth SA and Valinor, it has announced its goal of industrialising Power-to-Liquid technology (PtL) at the site.
Using a single step co-electrolysis process, renewable electricity, water and carbon dioxide can be captured from the air and carbon dioxide emissions streams – these emissions can then be converted into hydrogen syngas, which can be processed and refined into jet fuel. (futurenetzero)

Back in those distant days when EV’s had a range of 70 miles an Israeli start up called Better Place had a vision of building an EV with a network of battery swap stations to enable seamless long distance driving. The idea did not catch on and Better Place literally went to a better place. Since then nobody had revisited the idea, until well-funded Chinese start up Nio decided to do just that:

Nio announces it has achieved 500,000 battery swaps
Nio unveiled its Power Swap battery-swapping system in 2017, and opened the first public station in the Chinese city of Shenzen on May 20, 2018. In a press release, the automaker said had 131 stations in operation across 58 Chinese cities as of May 20, 2020.
The company previously said its stations could accomplish a battery swap in three minutes, giving drivers a fully-charged battery pack quicker than any charging station currently available
Nio is making battery swapping part of the company’s core services, via its Nio Power unit. (greencarreports)

This electric camper is a houseboat and tricycle in one
The tiny-but-mighty Z-Triton camper by Zeltini is ready to take on land and water. Despite its small stature, this amphibious camper is designed to sleep up to two people, allowing for both short-term getaways and longer adventures.
While in tricycle mode, the Z-Triton is operated both manually by leg power and via a chargeable battery with a range of 40 km, depending on the terrain. While the designers included a wide range of amenities that combine practicality and functionality including disc brakes, front and back lights, a horn and USB charging ports, they also prioritized creature comforts for camping. (inhabitat)

U.S. can reach 90% clean energy by 2035 without higher costs
The United States can deliver 90 percent clean, carbon-free electricity nationwide by 2035, dependably, at no extra cost to consumer bills and without the need for new fossil fuel plants, according to a study from the Center for Environmental Public Policy at the University of California, Berkeley. It is the first study of its kind to show how recent cost declines for solar, wind, and battery storage allow the U.S. to dramatically reduce generation and emissions from existing fossil power plants, while retiring coal and reducing gas generation by 70 percent.
The rapid buildout of additional renewable energy would inject $1.7 trillion of investment into the economy and increase energy sector jobs by up to 530,000 per year through 2035, across all regions of the U.S., without raising consumer bills. Delivering 90 percent clean electricity by 2035 also avoids $1.2 trillion in environmental and health costs through 2050 by reducing damages from air pollution and carbon emissions.
The 2035 time frame for near-complete decarbonization of the power sector is significant because it is 15 years faster than projected in most state and national policy proposals, which provide little hope that the worst climate change impacts can be avoided. (phys.org)
Download the report HERE

Google partners with WWF for sustainable fashion sourcing
Google has joined forces with WWF to develop an environmental data platform for sourcing professionals in the fashion industry, providing them information on the pollution and emissions impact of their business decisions.
The new tool will leverage Google’s cloud, machine learning and big-data analysis technologies to track the environmental impact of fashion’s most commonly-used materials – including cotton and viscose – at all stages in the supply chain. WWF, meanwhile, has said it will provide its “deep knowledge” of the environmental impacts of textile supply chains in context, and of the most common routes and processes for the supply chains for the materials. (edie)

Peaker plants: report says replace with batteries
A sweeping analysis released last month by researchers at the nonprofit Physicians, Scientists, and Engineers for Health Energy (PSE) studied nine states to identify which peaker plants have the greatest potential to be replaced by clean energy alternatives, based on their operational features and the characteristics of local electricity grids, as well as the health, environmental, and equity benefits of retiring the plants. All of these factors combined present unique opportunities to replace some of the electricity sector’s most polluting facilities in Arizona, California, Florida, Massachusetts, Nevada, New Jersey, New Mexico, and New York.
PSE researchers analyzed each peaker plant’s age, efficiency, and runtime, as well as the clean energy targets of the state where it’s located, to determine the best way to transition to energy storage. The analysis shows that many of the peaker plants in the northeastern U.S. that run for short periods are old, inefficient, and unnecessarily burning oil — and therefore ripe for replacement. These states have also already set ambitious renewable energy goals and climate targets for the coming decade. Replacing these facilities is an essential step toward meeting those goals, according to the report. (grist)

Hyundai and Kia launch new heat pump technology
Hyundai and Kia’s heat pump is a leading heat management innovation that maximizes the distance that Hyundai and Kia EVs can travel on a single charge, scavenging waste heat to warm the cabin. It enables EV drivers to heat their car’s cabin in cold weather without significantly impacting electric driving range, unlike other EVs.
Their industry-leading heat pump system has now been developed further for new EVs from Hyundai and Kia. The new system scavenges waste heat from an increased number of sources for optimum cold-weather EV range. These innovations mean that Hyundai and Kia EVs offer more consistent range in temperatures where other EVs start to see a significant decline in the distance possible from a single charge. (electriccarsreport)