Sony and Honda discuss alliance to build EVs
Honda and Sony announced that they’re exploring the possibility of entering a joint venture for developing and building electric vehicles.
The announcement isn’t quite as out from left field as it might initially sound. Sony surprised everyone with its Vision-S electric sedan concept presented at CES in January, 2020. A year later, it indicated the model was more than a demo for the company’s entertainment tech, with serious on-road testing. Then this year it revealed a Sony Vision-S 02 crossover SUV follow-up concept.
The “strategic alliance” and joint venture are still at the discussion stage, however, but as the two companies point out, the alliance could be mutually beneficial in that it combines Honda’s mobility development, manufacturing expertise, and sales and service experience with Sony’s technology focus—especially imaging, sensing, and connectivity. (greencarreports)

Bid to get EfW industry to use their waste heat
Bin-emptying trade body the Environmental Services Association has published its “EfW Heat Network Directory”, bidding to put right the UK’s scandalous waste of heat from energy-from-waste plants.
Waste unsuitable for landfill is burned at incinerator sites, too few of which in Britain are plumbed into heat networks or CHP generators.
A total of 7,762 GWh, or nearly 3% of Britain’s electricity, resulted in 2020 from the UK’s 50 or so working EfW plants.
However, fewer than a dozen of those 50 currently export their heat.  Not for the first time in energy infrastructure, Britain pitifully lags continental Europe. There, almost all EfW plants serve their communities with useful heat and power.
Whitehall, its advisors the Climate Change Committee and garbage disposal chiefs anticipate that low carbon heat networks will have to meet heating and hot water demands of 1.5 million homes by 2030, more than tripling today’s meagre 420,000 homes served. (theenergyst)
You can view the Heat network Directory HERE

Hydrogen powers Unilever’s factory in the North West
One of Unilever’s oldest factories at port Sunlight in the North West has been powered by hydrogen.
The project is designed to provide evidence to enable major manufacturing sites to switch to low carbon hydrogen.
The demonstration at the factory that manufactures personal and home care products is led by Progressive Energy. It is believed to be the world’s first large-scale demonstration of 100% hydrogen-firing in a consumer goods factory.
It is part of the ‘HyNet Industrial Fuel Switching’ programme, which is funded by the Department for Business, Energy & Industrial Strategy. (energylivenews)

Insulation and heat pumps beats new gas fields
A national heat pump and home insulation roll out would cut demand for Russian gas much more quickly than development of new gas fields in the North Sea, the Energy and Climate Intelligence Unit (ECIU) has warned.
An analysis by the think tank notes concludes that the deployment of insulation and electric heat pumps in 6.5 million homes by 2027 could reduce UK gas demand by four per cent, which is roughly equivalent to UK imports of Russian gas.
By enabling citizens to use less gas to heat their homes, a policy focused on heat pumps and insulation could also curb energy bills and protect millions of households from volatile international gas prices, it said.
In contrast, an energy security strategy focused on approving new North Sea oil fields would not shield consumers from volatile international gas prices and would have little short-term impact on the provenance of UK’s gas supplies, given the projects in question would not come online until 2028 at the earliest, it said. (businessgreen)

Ballylumford tests new long-duration energy storage project
B9 Energy, Mutual Energy, Islandmagee Energy and the Net Zero Technology Centre are uniting to deliver the Power-to-X Project, which will be located at Ballylumford and which will convert power from wind turbines to green energy and also adapt a first of-a-kind longer duration energy storage.
The four organisations involved have been awarded £986,000 funding as part of the Department of Business Energy & Industry Strategy’s (BEIS) Longer Duration Energy Storage (LODES) innovation competition.
Phase one of the Power-to-X Project will see the delivery of a front-end engineering design (FEED) to demonstrate the concept of innovative, first-of-a-kind, longer duration (more than four hours) energy storage technologies, which can be deployed at scale, and where green hydrogen from renewable energy sources such as wind and solar will be stored in underground salt caverns for later use as carbon free fuel in both the transport and power generation sectors.
Ultimately the Ballylumford project seeks to create a full-cycle hydrogen economy – from production, storage and distribution to usage at the site. (irishnews) 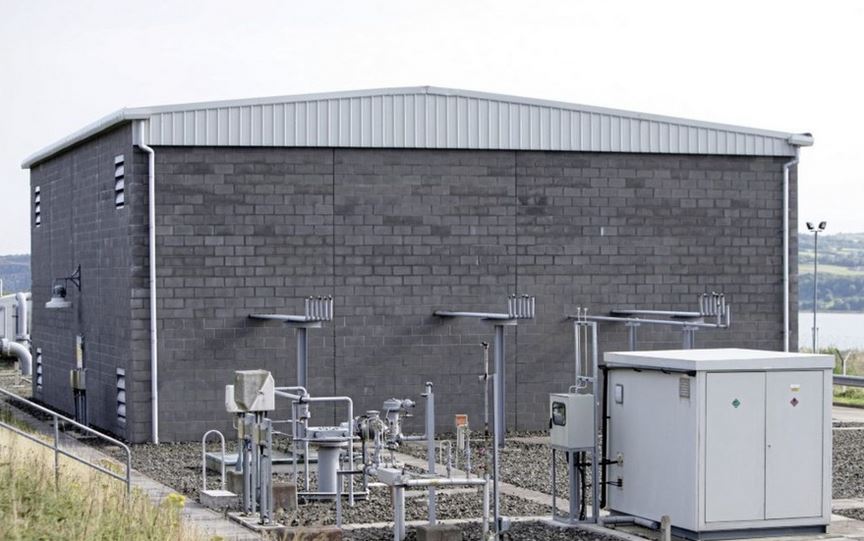 
EV of the week

ID Buzz finally breaks cover
VW showed off the much anticipated electric heir to the Combi called the ID Buzz. This has been teased, touted and speculated about for years. Even after the launch we still don’t know much. It runs on the same MEB platform as the ID3 and ID4 and will run the larger 82kWh battery which should give a range of about 250 miles, but that is only an extrapolation from the figures for the ID4. VW have not given either performance of pricing numbers yet. It will, however go on sale later this year in Europe and VW will start taking orders soon.
It has to be said that the final version does not look as sexy as the concept that Titbits previewed years ago, but it does not look bad and the two tone colours, clever packaging of the interior and space availability will endear it to customers. It will be interesting to see whether the initial buzz converts into orders, it probably will. The kind of cult status bestowed on the much loved Combi may take a while to earn though. 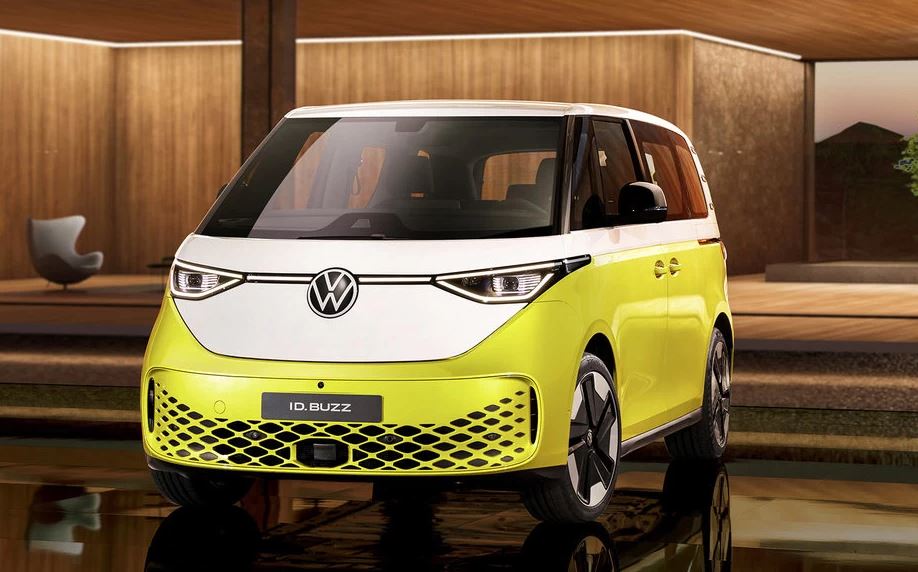 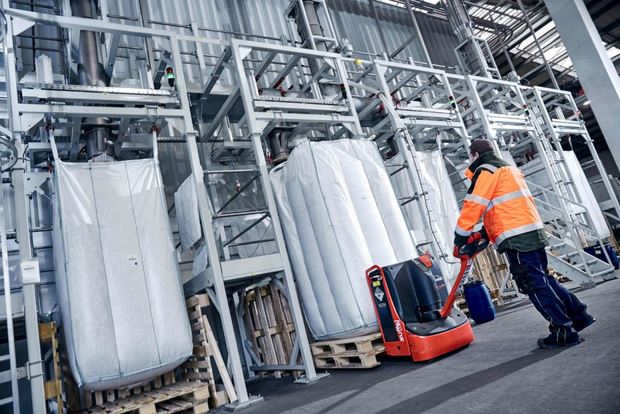 Volvo to test wireless fast-charging taxis
Volvo Cars has announced that it will be testing electric taxis equipped with wireless charging, in “a live city environment” to evaluate the potential of the technology.
The tech, from Momentum Dynamics, is due to be installed on a “small fleet” of Volvo XC40 Recharge electric SUVs operated by Cabonline, which claims to be the largest taxi operator in the Nordic region.
The location of the test will be Gothenburg—the second-largest city in Sweden, and the home of Volvo. It’s part of a Gothenburg Green City Zone that serves as a tech testbed.
The Momentum Dynamics wireless chargers will operate at more than 40 kw, allowing charge rates for the XC40 Recharge that are nearly as high as those from 50-kw DC fast-chargers and several times faster than the fastest Level 2 hardware. (greencarreports)

P&G pioneers nappy recycling
According to statistics from WRAP, the UK disposes of around 3 billion disposable nappies a year, representing an estimated 2% to 3% of all household waste.
P&G have announced this week that they have invested in a technology to address this and waste from absorbent hygiene products (AHP’s).
The first recycling plant is in Treviso can process 10,000 tonnes of waste a year which is the equivalent to the AHP typically arising from  a population of 1 million people.
AHP waste is fed into the machine which sterilises it before being separated into three waste streams: cellulose, super absorbing polymers and mixed plastics. The technology claims an 85% recycle rate.
Further plants are proposed for Amsterdam and East London. (letsrecycle)

Southern North Sea awaits new transmission
While energy production is at the forefront of many energy transition discussions, moving that energy around is equally important.
That is especially true for electricity transmission system operator (TSO) TenneT, which manages national and cross-border grid connections across Germany and the Netherlands.
In 2020, TenneT and National Grid Ventures, the commercial development arm of the UK’s National Grid, announced a cooperation agreement to explore the feasibility of connecting Dutch and British wind farms to the energy systems of both countries.
A first-of-its-kind project for both markets, the so-called multi-purpose interconnector (MPI) would simultaneously connect up to 4 gigawatts (GW) of British and Dutch offshore wind, and would provide an additional 2GW of interconnection capacity between the countries.
Indeed, TenneT’s wider goal is to see this become a standard for offshore transmission, as part what it calls the “2GW Program”. This would see the adoption of a new standardised substation platform and a new certified cable system – both developed with TenneT’s oversight – enabling higher transmission capacity with a lower environmental footprint. (energyvoice)

Scotland’s largest offshore wind farm secures its backbone
Scotland’s largest fixed bottom offshore wind farm and the world’s deepest, Seagreen, has its backbone ready.
The project, which is currently under construction off the Angus coast, saw the installation of a 4,800-tonne offshore platform.
The 15 metre-high structure is believed to have a paramount role as it will collect and manage 1,075MW of power generated by 114 wind turbines before transferring it ashore through 60 kilometres of offshore subsea cabling.
The 1.1GW project is predicted to generate around 5,000GWh of renewable energy every year.
Director of the Seagreen project John Hill said: “At around 4,800 tonnes, the topside is a significant piece of equipment which has been carefully designed to withstand the rigours of a long operational life in the North Sea.”
The £3 billion wind farm is a joint venture between SSE Renewables and TotalEnergies. (energylivenews) 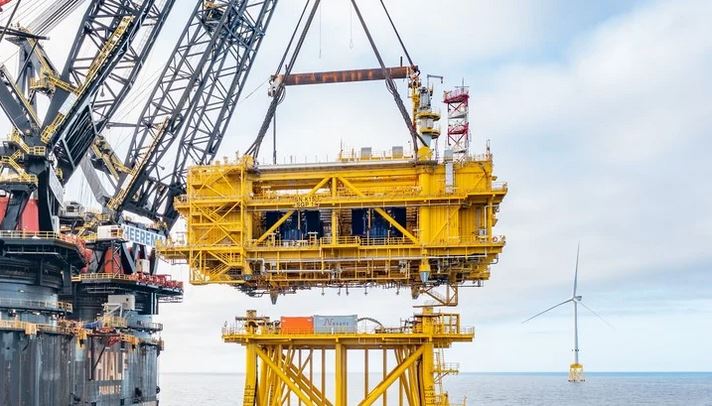 Schlumberger looks to cut industry’s methane emissions
Schlumberger has announced the launch of its new business dedicated to eliminate the oil and gas industry’s routine flaring and methane emissions.
Schlumberger End-to-end Emissions Solutions (SEES) aims to help operators to identify, quantify, report and eliminate emissions as they work towards their decarbonisation goals.
Methane and flare emissions are said to currently account for more than 60% of direct – Scope 1 and 2 – greenhouse gas emissions from the industry.
Methane is a potent greenhouse gas – Over a 20-year period, one ton of emitted methane causes as much global warming as 84 tons of emitted carbon dioxide.
SEES combines the company’s measurement and planning experience, with the ability to assess and implement emerging technology, foundational data, AI and digital capabilities and the means to scale and deploy anywhere in the world. (futurenetzero)

Eco-concrete blocks are used to protect sea life
Introducing ECOncrete, a new product shaped into unique pods. When they are installed along marinas, they can help prevent shoreline erosion and create habitat for wildlife. These interesting building blocks can also be used to build waterfront infrastructure and offshore foundations for renewable energy projects.
How is it eco-friendly? ECOncrete sequesters carbon. It mimics stable shoreline structures, such as boulders, which create caves and surfaces for marine life to latch onto. The company that created ECOncrete completed 40 installations of these pods in six countries. The company works with a number of partners, including the U.S. Department of Energy, Brooklyn Bridge Park and the Port of San Diego.
Made of a special additive added to concrete, “admixture,” the blocks comply with coastal and marine construction standards. The “admixture” creates a chemically-balanced concrete that’s healthier for marine ecosystems. The blocks also have a longer than average lifespan. (inhabitat) 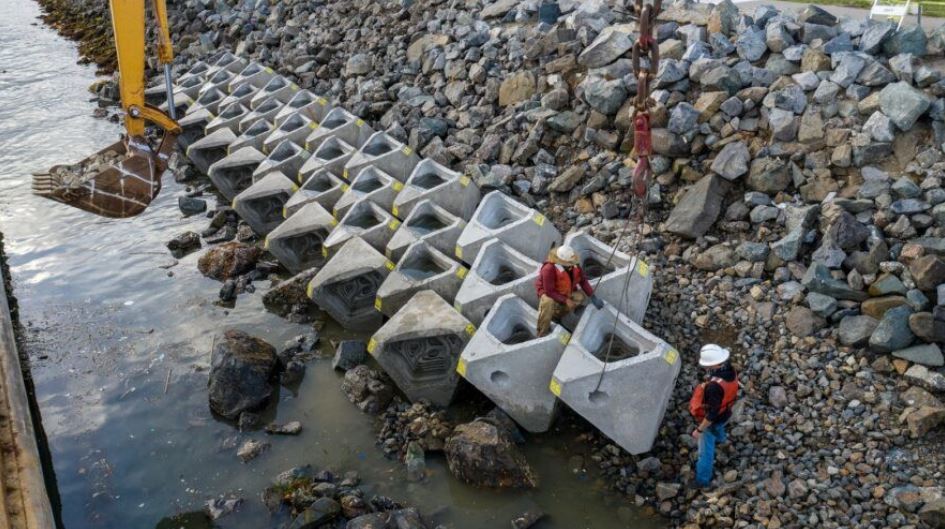