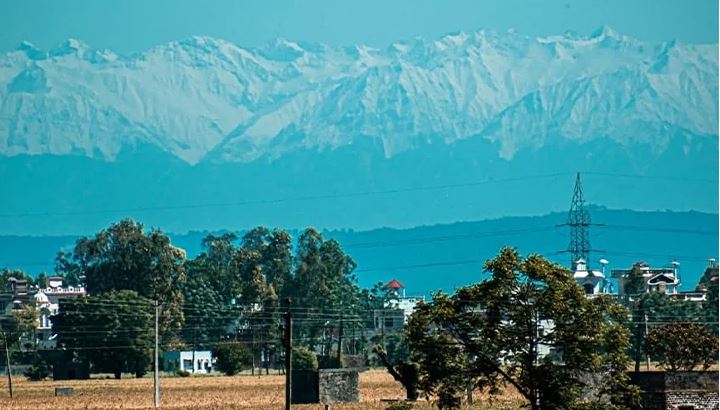 Good Energy in EV charging deal with RAW Charging
Good Energy has inked a partnership with electric vehicle chargepoint installers RAW Charging following a competitive tender.
The installer, which guarantees operational uptime, is a ChargePoint partner, and provides both AC (slower) and DC (faster) charging solutions.
It first worked with Good Energy on one of the supplier’s early customer installs at Watergate Bay Hotel, Cornwall, late last year, where load balancing technology helps minimise impact on the local grid.
The two companies are now working together to develop a national pipeline of EV charging opportunities. (theenergyst)

Keir Starmer and the Green New Deal
Starmer supports the Green New Deal plan set out in the Labour 2019 manifesto. He claims that the ethos of the project should be “hardwired” into every political decision made by the Party both at a national and international level. Starmer believes that a national investment bank and green transformation fund could be set up to finance the transition.
Starmer has also claimed that rewilding was essential in the “fightback against the climate and environmental emergency”.
In an opinion piece for the Guardian, Starmer called for the UK to act as a driving force for an international Green New Deal. (edie)

Crown Estate Scotland to support coastal community, green energy and food
Crown Estate Scotland has published its three-year plan setting out how it will manage sea, land and coastline for the benefit of Scotland’s communities and businesses, including supporting the growth of offshore renewable energy.
Since being established in 2017, the organisation has fostered new ways of working with local and community partners, supported the growth of offshore renewables and helped develop new ways of farming land sustainably. In the first two years alone, Crown Estate Scotland also returned over £20 million to the Scottish Government for public spending.
The Plan launched earlier this month provides a blueprint for Crown Estate Scotland – operating under new legislation that focuses on sustainable development –to continue delivering wider value for Scotland. It includes investing £70 million over three years in commercial-scale offshore wind leasing, a new communities fund and raft of support for new ways of producing food on land and at sea. (renewableenergymagazine)

Anesco and Gresham House believe in colocating storage
Solar and storage developer Anesco has begun generating from its latest utility-scale project, a 12MW farm on the Bucks-Oxfordshire border.
The project, managed on behalf of Gresham House, is primed for battery storage colocation and is sited adjacent to a substation.
Anesco’s director of asset management, Mike Ryan, has previously suggested that those considering investment in solar or storage may as well colocate. Speaking last year at a conference hosted by consultants Aurora, Ryan said colocation can deliver higher IRR than standalone developments, and provide a natural hedge to investors.
By way of example, he pointed to Clayhill, the UK’s first subsidy-free 10MW solar farm, which is colocated with 6MW of battery storage. In 2018/19, Clayhill delivered 7 per cent return on capital employed (ROCE), said Ryan, but was on track to achieve 8 per cent ROCE in 2019/20, despite “plummeting” day ahead power prices. (theenergyst)

OVO introduces £50m coronavirus support scheme
OVO has launched a £50 million hardship scheme for its existing customers who are facing financial difficulties due to the coronavirus outbreak.
Eligible customers will be able to receive this support from Wednesday 8th April 2020.
OVO customers who want to apply, need to contact customer services directly for either emergency top-up credit or temporary payment reductions to their monthly payments and if the application is approved support will then be made available for an initial period of up to three months. (energylivenews)

BYD wants to rule the EV world
Three recent announcements from BYD should leave no room for doubt that they intend to be the seruious player in electric transport. They are already leading the charge in electric busses but have now announced the launch of the Blade Battery, which runs a lithium iron phosphate technology, is claimed to be both safer and cheaper and has a lifecycle of 8 years or 1.2million km. BYD are talking about production costs of $90/kWh compared to last year’s average $158/kWh. Tesla are to use the Blade battery in the Chinese version of the model 3.
Next announcement was that the BYD EV drivetrain including Blade Batteries will be offered open source to any manufacturer (think Android vs Apple). BYD quietly set up a company to promote this called Fudi. VW will do likewise with its MEB platform. Let battle commence.
Just as a further statement of intent BYD announced the launch of the Han in June (Covid allowing). This is an elegant, aerodynamic mid-size saloon which BYD claim will be good for 376 mile range and 0-60 in 3.9 seconds. (insideevs)

Berlin backs key green grid link
German authorities have approved the final route of a large section of the SuedOstLink, a key piece of grid infrastructure that will deliver wind and solar power from the north to the south of the country.
Federal network agency BNetzA has rubber stamped the layout for some 182km of the line that runs between Wolmirstedt to the west of Berlin and the Naunmburg/Eisenburg area, which is south-west of Leipzig.
Transmission system operators 50Hertz, which is leading on the northern part, and counterpart TenneT, which is taking care of the southern portion, will now seek formal planning approval, it is understood.
The section is the first of several that will eventually make up SuedOstLink that will run between Saxony-Anhalt in the North and Bavaria in the south. (renews)

Geothermal Industry Calls for Internal Market for Heat
EGEC, the voice of the European geothermal industry, has called on the European Commission President Ursula Von der Leyen to create a European internal market for heat in an open letter published  EGEC’s website.
The current interpretation by the European Commission of the internal energy market gives unfair advantage to electricity and fossil gas, at the expense of renewable heat. As the COVID-19 pandemic has brought Europe’s economy almost to a standstill, we need immediate measures to create new business opportunities in the green economy. A European Internal Market for Heat is one of them.
Heat represents half of the EU’s energy consumption and about 80% of this heat energy consumption comes from fossil fuels. Fossil gas is not subjected to a carbon price. On top of this, Governments and EU institutions keep supporting fossil fuels through direct and indirect public subsidies for infrastructure, appliances and fuel consumption. This situation locks out renewable solutions for heating and cooling services and prevents their development in all Member States. (renewableenergymagazine)

CAKE’s electric motorcycle wins Red Dot Design Award 2020
CAKE has announced that its utility-focused motorbike and scooter, Ösa, has been named as a recipient of the 2020 Red Dot Design Award.
The Swedish manufacturer of lightweight electric motorcycles says the Ösa is derived from the diversity of work and differentiated needs of the customer, while simultaneously serving a new means of transportation to accelerate toward a zero-emission future.
Thanks to the powerful battery with multiple outlets, electric motorcycle doubles as a power station on wheels, enabling the rider to be completely independent, off-the-grid. (futurenetzero)

Mega-Projects Help Double Green Hydrogen Pipeline in Just Five Months
The pipeline of electrolyzer projects destined to produce hydrogen from renewable energy has grown by 256 percent in five months, according to Wood Mackenzie.
The analyst firm was forced to update green hydrogen figures released in a report last October following an avalanche of new project announcements.
In its first report, titled Green Hydrogen Production: Landscape, projects and costs, Wood Mackenzie Power & Renewables counted 3.2 gigawatts of planned electrolyzer capacity, a twelve-fold increase on the cumulative installed capacity at the time.
As of March 2020, that pipeline had increased to 8.2 gigawatts, or 31 times the cumulative installed capacity today.
In particular, recent months have seen a big leap in the number of projects clocking in at 100 megawatts or higher. There are 17 of these now under development around the world, with mega-plants slated for Australia, France, Germany, the Netherlands, Paraguay, Portugal, the U.K. and the U.S. (gtm)

Port of Singapore to investigate liquid hydrogen transport system
Chiyoda Corporation have developed a system for transportation of hydrogen in liquid form that requires neither super-cooling or extreme compression. They call the system SPERA Hydrogen and it uses Organic Chemical Hydride (OCH) method to fix hydrogen to toluene to produce a liquid methylcyclohexane (MCH). MCH is a commonly used compound and can be transported using existing fossil fuel infrastructure (therefore compression is 1/500th that required to transport hydrogen currently)
Gaseus Hydrogen can be catalytically extracted from MCH at the point of use and the toluene by-product reused.
The SPERA Hydrogen process has been successfully demonstrated over 10,000 hours at Chyoda’s demonstrator plant and has now been picked up by Port of Singapore, who have signed a MOU with five Singaporean and two Japanese companies to identify and demonstrate use cases using Chyoda’s SPERA Hydrogen technology to allow hydrogen to be safely transported in chemical tankers as normal atmospheric temperature and pressure. (psanews & chyodacorp)
(thanks to Chris Goodall’s Carbon Commentary newsletter)

Lightsource BP all smiles with 123MW US solar deal
Lightsource BP has signed a 20-year off-take agreement with Conway Corporation for a 132MW photovoltaic plant located near Happy, in Arkansas.
The PV plant in White County is expected to go live at the end of 2022.
Lightsource BP will finance, build, own and operate the solar facility and will deliver the clean electricity generated to Conway under the fixed-rate PPA.
The project, north-east of Little Rock, will help reduce the city of Conway’s carbon footprint. (renews)

Himalayas ‘visible from parts of India for first time in 30 years’
A significant drop in air pollution across India as a result of the coronavirus pandemic shutting down factories and quietening traffic has meant the peaks of the Himalayas are now visible from Punjab ‘for the first time in 30 years’.
The nation’s strict lockdown means air quality in 85 cities has improved significantly, according to official figures.
Residents from the Jalandhar district took to social media platforms to share photos – a user called @covsinghtj said “Himalaya mountains can be seen from Jalandhar since pollution has reduced in Punjab. Beautiful sight.” (energylivenews)

Plankton may help oceans to soak up twice as much carbon
Vast blooms of plankton could be enabling the ocean to absorb twice as much carbon from the atmosphere as thought, helping to slow the rate of global warming, a study has found.
Microscopic marine algae called phytoplankton live on or near the ocean’s surface and use photosynthesis to turn light into energy, consuming carbon dioxide and releasing oxygen.
When phytoplankton die the carbon they contain can sink to the ocean floor. They are also eaten by zooplankton, tiny animals whose faeces and dead bodies also create what is known as marine snow: detritus containing carbon which falls to the bottom of the sea.
Scientists at the Woods Hole Oceanographic Institution in Massachusetts said that the efficiency of this process in removing and storing carbon had been “drastically underestimated”.
They realised that the depth of the sunlit area where photosynthesis occurs, the euphotic zone, varied significantly throughout the ocean. Phytoplankton’s ability to take up carbon depends on the amount of sunlight able to penetrate the ocean’s upper layer. (thetimes)