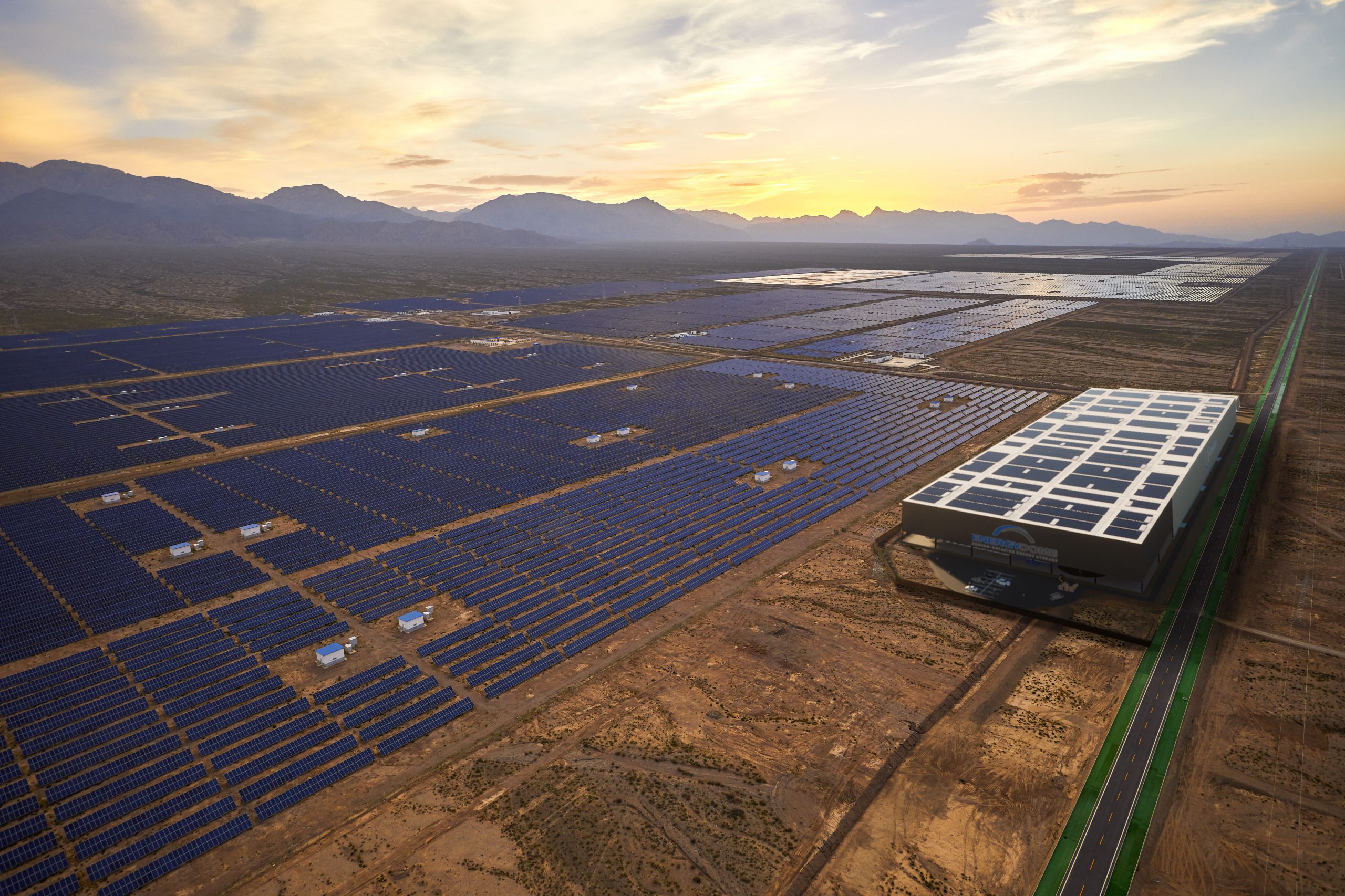 If the objective is to confuse us, they have certainly succeeded. Which leading member of our government is in favour of onshore wind and which is against and which similar for ground mounted solar. I am very confused about something which should have been beyond doubt years ago. It is painful to watch.

LG Chem to build the largest EV battery cathode plant in US
LG Chem, a South Korean company has announced its plans to build the largest EV battery cathode manufacturing plant in the U.S. The one-of-a-kind facility will be located in Clarksville, Tennessee with construction set to start in 2023.
The company has already signed a memorandum of understanding with the state of Tennessee. If all goes according to plan, the company will be producing up to 120,000 tons of cathode material by 2027. Such a massive production will speed up the transition to electric cars in the U.S. and the world over. The materials produced by the plant are expected to be enough for 1.2 million electric cars each year. (inhabitat)

Aberdeen’s NZTC plans national centre for geothermal energy
Aberdeen’s NZTC is planning a national centre to accelerate geothermal energy in the UK and become the “go-to” hub globally for the renewable technology.
Calum Watson, senior project engineer at the Net Zero Technology Centre, has outlined ambitions for the oil and gas industry to help ramp up the clean energy, both onshore and in the North Sea.
The NZTC’s new “National Geothermal Innovation Centre” would develop technology and help create “bespoke regulation” for geothermal, with the aim of it providing 5% of UK energy needs by 2030.
By 2050, Mr Watson said geothermal could account for 20% of Britain’s energy mix, slashing carbon emissions in the process.
A report published this week by trade body Offshore Energies UK said there are 2,100 offshore oil and gas wells to be decommissioned in the North Sea next decade – which Mr Watson described as a “massive opportunity” for geothermal. (energyvoice)

Europe’s largest EV charging hub – with 800 bays – destined for Edinburgh
Plans have been submitted in Scotland’s capital, Edinburgh, for what is expected to be the largest electric vehicle (EV) charging hub in Europe, consisting of as many as 800 EV charging points.
London-based property manager Shelborn Asset Management has filed plans with Edinburgh City Council for what is planned to be an 800,000 square foot office development. With a sustainability focus, the new development – dubbed Edinburgh Green – will feature an EV charging hub with capacity for up to 800 EVs.
Shelborn has promised that the EV charging points would be available to both office workers as well as the wider public – though, public access appears to be limited to evenings and weekends, outside of business hours.
Initial plans call for the installation of 170 EV points but with capacity for a further 595 within the site. (thedriven)

Smart on-street charging could save £4.1bn a year by 2030
Electric vehicle drivers could see a collective saving of £4.1 billion on the cost of public charging by using smart charging infrastructure.
A new report suggests that smart charging at public charge points could save drivers £604.65 per year in charging costs compared to conventional public charging.
Data released from the UK’s first-ever trial of smart metered on-street electric vehicle (EV) chargers, Agile Streets, demonstrates that peak energy demand could be slashed by as much as 240MW by 2030 because of a wider rollout of smart on-street EV charging. (energylivenews)

North Sea wind farm to supply green energy to Google
A planned offshore wind farm, earmarked for off the Aberdeenshire coast, will sell power to technology giant Google.
French utility company Engie, one half of Ocean Winds, has struck a deal with the US multinational to supply green energy from the Moray West development.
By securing a buyer for the power produced by the project, the 12-year, 100 megawatt (MW) corporate power purchase agreement (PPA) will help to drive the offshore wind farm towards construction.
Engie will provide Google with over 5 terawatt hours (TWh) of green energy from the wind farm, due to start up from 2025. (energyvoice)

Stability contracts worth £1.3bn awarded by ESO
Six companies have been selected by the Electricity System Operator (ESO) to provide stability services to the power grid.
The new contracts worth £1.3 billion are predicted to provide £14.9 billion in savings between 2025 and 2035.
These stability services are currently provided by synchronous generation, such as fossil fuel power stations.
These contracts will help the ESO deliver alternative methods to produce stability outputs of inertia, short-circuit level (SCL) and dynamic reactive power.
The winning tenderers are Conrad Energy, RWE, Green Frog Power, Statkraft, WP Grid Services and Transmission Investment Holdings. (energylivenews)

China leaks pictures of the Buick Electra
Buick is not a brand that resonates at all in Europe, and not a great deal in the US nowadays. GM have concentrated the brand on China where it is their best seller. In the USA they have a very dated range, but of course the shift to EV allows a fresh start and it is thought that the mid-size SUV leaked by the Chinese Industry And Information Technology website may also be sold in other markets.
The car looks to have clean lines, will likely have a range of 250-300 miles and is to be called the Electra E5. (Insideevs)

Helpful Tip: Google Maps update highlights rapid chargers
Many drivers, myself included, depend on Google Maps to get around. It has now, not before time, had an update that allows the driver to specify the type of EV chargers they are looking for, specifically you can now screen for rapid chargers above 50kW for long distance stops without having to find them amongst all the slow chargers.

How tide has turned on UK tidal stream energy
For decades the immense practical difficulties of harnessing the powerful tides flowing around Britain’s shorelines have put off investors and government officials searching for big renewable energy sources.
But as the costs of deploying turbines in tidal streams fall, more and more people are seeing the potential in an energy source that creates energy as the tides ebb and flow at predictable hours every day – energy that is renewable but not intermittent.
The cost of generating power from tidal streams has fallen by 40% since 2018 – and a report published last month by a government-backed research centre, Offshore Marine Catapult, forecasts prices could fall below nuclear energy in little over a decade, with one-megawatt hour of power due to cost to as little as £78 by 2035 compared with £92.50 for the new Hinkley Point C power plant. (guardian)

Orbital to build Orkney project
Orbital Marine Power awarded two CfDs as part of UK Government renewable energy auction
Orbital, the renewable energy company focused on the development and global deployment of its pioneering floating tidal stream turbine technology, has been awarded two contracts for difference (CfDs) in the UK Allocation Round 4 (AR4) process.
This is a significant milestone in the company’s growth, with these CfDs underpinning the delivery of multi-turbine projects in Eday, Orkney.
Capable of delivering 7.2MW of predictable clean energy to the grid once completed, these Orbital tidal stream energy projects can power to up to 7,200 homes, supporting the UK’s security of supply, energy transition and broader climate change objectives. (orbitalmarine)

Plans revealed for 12-mile tidal energy scheme
Infrastructure developer Centre Port Holdings is forging ahead with the first stage of the major renewables scheme, located in the Wash, an estuary on the east coast of England.
If the project gets off the ground, it would support scores of jobs and feature the world’s first tidal powered deep-sea container terminal.
As well as supplying vast quantities of green energy to shipping operations, the 12-mile long structure would also provide landside flood defences for up to a million people.
And it could also provide a 20 minute road link for motorists, connecting Lincolnshire and Norfolk. (energyvoice)

First CO2 battery in the world enters the US market
As re[ported previously in Titbits, Energy Dome, an Italian startup, have created a very significant addition to the energy storage market with their CO2 battery. It is designed for utility-scale applications. It can store huge amounts of energy from renewable sources such as wind and solar. The energy is then released later for use during times of need.
the CO2 battery is both sustainable and cheaper. The battery is also less prone to degradation.
The CO2 battery simply uses condensed CO2 to store energy. When energy is available in huge amounts, it can be used to condense and store CO2 under pressure. When there is a need for energy, the CO2 is heated and converted into gas to power turbines.
Energy Dome launched its first plant in Sardinia earlier this year. The success of the plant has proven that it matches the potential of other energy storage devices.
Elemental Excelerator, a U.S. company, has extended funding and partnership to the startup in a deal that will bring the technology to the U.S. According to Elemental Excelerator, such an energy storage device has been the missing piece in the puzzle of decarbonization. (Inhabitat)

How Floating Wetlands Are Helping to Clean Up Urban Waters
Five small islands roughly the size of backyard swimming pools float next to the concrete riverbank of Bubbly Creek, a stretch of the Chicago River named for the gas that once rose to the surface after stockyards dumped animal waste and byproducts into the waterway. Clumps of short, native grasses and plants, including sedges, swamp milkweed, and queen of the prairie, rise from a gravel-like material spread across each artificial island’s surface. A few rectangles cut from their middles hold bottomless baskets, structures that will, project designers hope, provide an attachment surface for freshwater mussels that once flourished in the river.
Three thousand square feet in total, these artificial wetlands are part of an effort to clean up a portion of a river that has long served the interests of industry. This floating wetland project is one of many proliferating around the world as cities increasingly look to green infrastructure to address toxic legacies. In the United States, researchers are conducting experiments in Boston and Baltimore as well as in Chicago, each team sharing best practices with the other to maximize the ecological benefits of their systems.
Like natural wetlands, floating versions provide a range of ecosystem services. They filter sediment and contaminants from stormwater, and laboratory experiments show that some plants have the ability to lock up some chemicals and metals found in acid mine drainage. These systems take up excess agricultural nutrients that can lead to algal blooms and dead zones, and recent research suggests they could be used to reduce manmade contaminants that persist in the environment. (yale360)

Saudi Arabia has a new green agenda. Cutting oil production isn’t part of it.
At the United Nations climate conference in Sharm el-Sheikh, Egypt last week, Saudi Arabia held a separate meeting for Middle East and North African countries to go over the details of two separate initiatives aimed at cutting emissions and fighting desertification. The plans include planting 50 billion trees around the region, expanding wind and solar power, and enhancing carbon capture and storage technologies.
What’s not included is any mention of cutting oil production. In fact, the state-run oil company Saudi Aramco, the world’s largest corporate greenhouse gas emitter as well as the world’s most valuable company, said that it’s aiming to raise its production capacity by 2025, even as it plans to cut greenhouse gas emissions to as close to zero as possible by 2050.
Saudi Arabia, in other words, wants to remain an oil power and somehow go green at the same time. (grist)