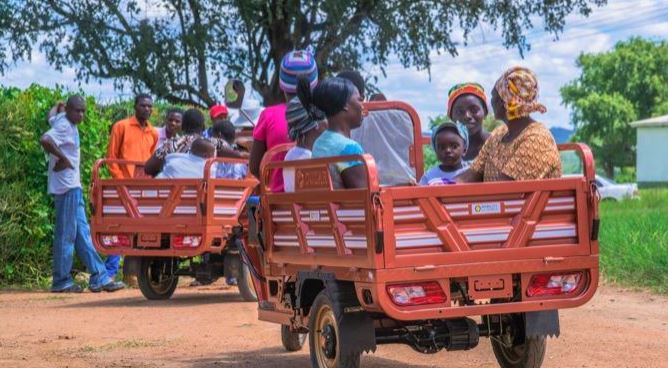 Chapeau to the EU for their Green Recovery Package. Spot on for breadth, depth and timing.

£900m net zero infrastructure plan proposed by Britain’s gas networks
Plans to invest more than £900m in switching Britain’s gas grid from using methane natural gas to hydrogen and biomethane have been unveiled today by the country’s five gas network operators.
Cadent, National Grid, NGN, SGN, and Wales & West Utilities want to use a proposed £904m investment to develop green gas network infrastructure over the next five years as part of plans for the UK’s economic recovery from the Covid-19 crisis and the country’s long-term decarbonisation policy.
The Zero Carbon Commitment package, part of Energy Networks Association’s (ENA) Gas Goes Green programme, includes plans to invest:
– £446m in new network infrastructure for projects that roll out the industrial use of hydrogen, as well as domestic trials.
– £264m in ‘cross-cutting’ projects that will expand the capacity of local gas networks to connect more hydrogen and bio-methane generation projects
-£150m for running new, large scale trials of domestic appliances providing hydrogen heating, cooking and transportation appliances connected to the gas grid
–  £44m in projects to understand how to blend an increasing amount of zero carbon hydrogen with the natural gas currently used in our gas networks (h2-view)

Biomass takes record 14% share of UK power mix
Energy supplies from biomass have reached a record 14% share of the UK power mix.
That’s according to the latest report by Drax Electric Insights which found in the early hours of 26th May, biomass supplied 13.79% of Britain’s electricity.
The previous record of 13% was set earlier this year. (energylivenews)

Electric motorbike gives women in rural Zimbabwe a path out of poverty
In the rural Zimbabwe district of Wedza, a new electric-powered motorcycle is helping bring income to poor women and easing the burden of looking after families.
The three-wheeler, known as Hamba (Go), powered by a solar-charged lithium ion battery, is being piloted by start-up Mobility for Africa, which leases the motorcycle to women in groups of up to five.
The women can now carry farm produce to markets further away from home, offer transportation services to villagers and use the motorcycle for domestic chores.
Mobility for Africa is now in the second phase of the pilot project before it can go commercial. The Hamba is assembled in Harare with kits made in China and will be sold for $1,500.
Pamhidzai Mutunya, a farm health worker, said before the arrival of Hamba, many women gave birth at home while others had to walk 12 km to the nearest clinic because there was no transport.
She ferries an average of four people to the clinic a day and also collects medicines for patients. (reuters)

EU green recovery package sets a marker for the world
The EU’s plan seeks to pour money into emissions-busting sectors: €91bn a year for home energy efficiency and green heating, €25bn of renewable energy, and €20bn for clean cars over two years, plus 2m charging points in five years. Up to €60bn will go to zero-emissions trains and the production of 1m tonnes of clean hydrogen is planned.
At least a million green jobs will be created, with workers in polluting industries helped into new roles, a critical part of the plan. Increasing the Just Transition Fund more than fivefold to €40bn minimises the risk of protests against green measures, especially in states with the heaviest coal use such as Poland, Germany and Romania, which will be among the biggest recipients. This is politically necessary, despite investment in the green economy already being a no-brainer.
The EU plan may even have a direct impact on the rest of the world, with a border tax on carbon-intensive industrial imports from other nations potentially raising up to €14bn. (guardian)

Leading Danish Companies Join Forces On Sustainable Fuel Project
Copenhagen Airports, A.P. Moller – Maersk, DSV Panalpina, DFDS, SAS and Ørsted have brought together the demand and supply side of sustainable fuels in a unique partnership with the concrete vision to develop a new ground-breaking hydrogen and e-fuel production facility as soon as 2023.
When fully scaled-up by 2030, the project could deliver more than 250,000 tons of sustainable fuel for buses, trucks, maritime vessels, and airplanes every year. Production would potentially be based on a total electrolyzer capacity of 1.3 gigawatts, which would likely make it one of the world’s largest facilities of its kind. The production from the fully scaled facility can reduce annual carbon emissions by 850,000 tons. (renewableenergymagazine)

Covid thoughts for the week

What sort of rally is carbon going to have?
After March’s vertiginous drop in EUA prices, carbon appears to have found a new level between €18.50-22.00 for the time being, and we’re currently testing the upper bounds of this channel.
Since the start of lockdowns across Europe Dec 20 EUAs have fluctuated mainly between €18 and €22, with healthy buying interest coming in whenever the market dips. Well into May, traders were reporting greater interest from compliance buyers – industrials as well as utilities – at the lower levels, though there appears to be no great incentive to push the market much higher than the low €20s so far.
Prices touched a five-week high of €22.16 on Tuesday, which may have reflected one of several things. Firstly, purely speculative interest seems to be a driving factor in the market at the moment, whether it be based on long-term views of where carbon prices will go, or what supportive policy measures will boost the market.
Secondly, some more short-term issues are arising. We know that French utility EDF is cutting nuclear generation this autumn and winter, and that the current list of confirmed plant maintenance does not yet cover the total amount of lost generation.
This suggests that more outages are set to be announced, with the consequence that the lost power supply will need to be replaced from somewhere. Most people see German coal generation as the likeliest candidate here, which would lead to more demand for EUAs. (carbonreporter)

IEA: Coronavirus ‘accelerating closure’ of ageing fossil-fuelled power plants
In the latest edition of the World Energy Investment report, the IEA has gone beyond its usual remit of reviewing annual trends.
Its analysis looks ahead to the coming year and estimates the impact of this year’s economic turmoil on energy investment, which was expected to grow by around 2% prior to Covid-19. It is now expected to drop by 20%, or almost $400bn.
Meanwhile, as demand and prices collapse, consumer spending on oil is expected to drop by more than $1tn, prompting a “historic switch” as spending on electricity exceeds oil for the first time.
The “baseline expectation” for 2020 is a global recession resulting from widespread lockdowns, according to the IEA. Last month, the agency estimated this will also lead to CO2 emissions dropping by 8% this year in the largest decline ever recorded.
Based on the latest investment data and project information, announcements from companies and governments, interviews with industry figures and its own analysis, the IEA concludes such a recession will see energy investment drop by a fifth. This can be seen in the chart below. (carbonbrief)

How to match lithium demand and supply
The big question is, should auto makers start investing in lithium mines to guarantee their future supply?
Lithium miners certainly seem to think so, because new lithium investors are becoming harder to find  these days. Investors are skittish in part because there is currently an oversupply of lithium and prices have dropped considerably from two years ago.
One example is Finland’s Keliber, which has laid claim to the first lithium mine in the EU. Now it is also claiming to be the first ever mining company to solicit investment from the auto industry.
Alternatively, Keliber is looking to nail down long term supply contracts with automakers.
As for the supply of lithium itself, miners have barely scratched the surface of the global lithium potential. The challenge is to match the mining timeline with the electric vehicle manufacturing timeline. It can take years to start up a new mining operation, and meantime automakers are already gearing up for an electric vehicle recovery after the COVID-19 downturn. (cleantechnica)

China’s largest cobalt producer agrees to halt buying from individuals in DRC
HUAYOU Cobalt, China’s biggest cobalt producer, will stop buying from individuals in the Democratic Republic of Congo (DRC) owing to pressure from customers and rights groups concerned about child labour in the informal mining sector, said the Financial Times.
The newspaper said Huayou, one of the top global suppliers of the metal used in batteries for electric cars and mobile devices, has faced growing scrutiny in recent years over human rights violations in the DRC, which accounts for more than two-thirds of global output. (miningmx)

Waugh Thistleton propose offsite mobile vaccination solution
The celebrated London based architects are best known as supporters of eco-development made from wood. However they have come up with a proposal to build mobile vaccination centres out of shipping containers. They explain the rationale:
The mass vaccination of all UK citizens is an anticipated event that the government and the NHS should be planning for now.
We cannot use our schools and sports centres as vaccination centres as these will soon be needed to regain some semblance of normal life; and the logistics of disinfecting these spaces and preventing the spread of disease during the process would be complicated and potentially detract from the critical task at hand.
With this in mind we started to sketch out a mobile vaccine centre. One that could be both installed and transported in a very short space of time. During this process, we sought advice from experts: a Consultant Immunologist, an ex-director of Portakabin, and some contacts from our Shoreditch Boxpark project.
Following weeks of discussions, debates and drawings, we have designed, priced and programmed a safe and efficient solution. We have developed a kit to fit out 6,500 shipping containers as mobile, HTM compliant vaccination centres using the same supply chain as the Nightingale Hospitals.
Over twelve weeks, these shipping containers could be mobilised throughout the country in car parks and other public areas, staffed by NHS staff working in shifts to vaccinate the entire population of the UK. (company website)

4000 MW Tafouk1 is Algeria’s first solar mega-project
“Tafouk1 “. This is the name of the mega solar project that will soon be launched in Algeria. It was presented by the Algerian Minister of Energy Mohamed Arkab on May 20 during a meeting, by videoconference, of the Algerian government. The project provides for the construction of several photovoltaic solar power plants. These will have a cumulative capacity of 4,000MW.
The power plants will be spread over a dozen wilayas in Algeria and will mobilize a total area of about 6400 hectares. Their construction should create 56,000 jobs during the construction phase and 2,000 jobs during the operation phase. (afrik21)

Hydropower Plants to Support Solar and Wind Energy in West Africa
Hydropower plants can support solar and wind power, rather unpredictable by nature, in a climate-friendly manner. A new study in the scientific journal Nature Sustainability has now mapped the potential for such “solar-wind-water” strategies for West Africa: an important region where the power sector is still under development, and where generation capacity and power grids will be greatly expanded in the coming years.
The study demonstrates that it will be particularly important to create a “West African Power Pool”, a regional interconnection of national power grids. Countries with a tropical climate, such as Ghana and the Ivory Coast, typically have a lot of potential for hydropower and quite high solar radiation, but hardly any wind. The drier and more desert-like countries, such as Senegal and Niger, hardly have any opportunities for hydropower, but receive more sunlight and more wind. The potential for reliable, clean power generation based on solar and wind power, supported by flexibly dispatched hydropower, increases by more than 30% when countries can share their potential regionally, the researchers discovered. (renewableenergymagazine)